THIS Op-Ed at Truthout should be required reading. When you cut through the who, to the heart of the debate, the actual record of results, good policy is good politics. Too Terrified to Enter an Arena of Ideas? The Debate Over Cornel West’s Critique of Ta-Nehisi Coates Thursday, January 04, 2018 By Ejike Obineme, Truthout …

END_OF_DOCUMENT_TOKEN_TO_BE_REPLACED

The term “Neoliberal” is used a lot here at Daily Kos: 203 posts included the term during the first half of 2015 alone, a little more than one every day. Many of these posts stimulate lively discussion, especially regarding the alleged neoliberalism of various Democratic Party figures, most notably President Obama and Hillary Clinton.

Quantity is not always a sign of quality, however, and many of these discussions suffer from a failure to define neoliberalism adequately or even at all, leading to understandable confusion and misplaced accusations that the term is meaningless. This post will try to avoid that pitfall by proposing a definition of neoliberalism that emphasizes its nature as an ideology, and will then apply that definition to one of Clinton’s most important recent speeches, in which she was widely reported to have returned to traditional liberalism.

The Greeks have said enough! Hope has defeated fear and SYRIZA has won the election and have beaten New Democracy and the fear-mongers, as expected.  This is a major victory for anti-austerity forces which could change the economic and political landscapes.

However, they did not win an outright majority (they were short 2 seats) and were forced into coalition with a right-wing, nationalist (pro-Greek Orthodox) anti-austerity party, the Independent Greeks (referred to as ANEL from now on).

Irrespective of this, we do have quite a lot to celebrate! The election of SYRIZA is a shot directly across the bow of neoliberalism and its flagship of ideas, aka as the austerity project. The European ruling class (which includes mainstream political leaders) are a wee bit shaken especially Germany.  Whether or not the Troika is forced to negotiate the debt successfully, this is a victory and it is forcing the ruling class in Europe to take stock over whether austerity (and destroying the working class) is more important than the EU project. The stakes are literally that high!

Most probably people have heard of the bizarre investigative journalism by The Mail on Sunday in an article which appeared on Easter Sunday (of all days in the year). The Mail on Sunday sent in a reporter, a wannabe Jimmy Olsen, to investigate provision of food by food-banks in Britain and that reporter literally took food out of the mouths of the hungry in order to prove some point. This provoked a backlash on social media that demonstrated that the neoliberal agenda seems to not have sunk too deeply in the hearts and minds of the British people. That is a relief and quite honestly more than I expected, given the constant barrage in the newspapers and on the news on telly that has never questioned the logic (forget the morality) of welfare caps and cuts to welfare benefits.

ht: my sister Mia for comments and editing on this piece

In response to lamentations about the utter vacuum of serious left-wing discourse in the blogosphere, and the more general neoliberal bent of the nominal left, Kevin Drum replies:

I plead guilty to some general neoliberal instincts, of course, but I plead guilty with (at least) one big exception: I am very decidedly not in favor of undercutting labor rights in order to stimulate economic growth, and I’m decidedly not in favor of relying solely on the tax code to redistribute wealth from the super rich to the rest of us. What’s more, the older I get and the more obvious the devastating effects of the demise of the American labor movement become, the less neoliberal I get. The events of the past two years, in which the massed forces of capital came within a hair’s breadth of destroying the world economy, and yet, phoenix-like, have come out richer and more powerful than before, ought to have convinced nearly everyone that business interests and the rich are now almost literally out of control. If they haven’t, what would?

What indeed would it take to convince Drum that the financial parasites are unequivocally “out of control?”

Imagine if Jared Loughner had not killed anyone, but only “winged” a few people as he wildly sprayed bullets into the crowd before his spree was temporarily arrested.  Would Drum call that behavior “almost literally out of control.”  Would Drum’s enthusiasm for psychotically-motivated shooting sprees be only somewhat dampened?  Or would he support giving Loughner molecular grade methamphetamine and a larger gun clip?

The fact that Drum remains the least bit equivocal on the question of whether the theoretical basis for the neoliberal agenda has completely and unequivocally de-bunked, shredded, gutted and strangled itself with its own entrails tells you all you need to know about his ability to examine the evidence.  The proportion of bad news accounted for by the neoliberal agenda approaches 1.0, and compared to the Loughners of the world,  zombie money kills real people, on a much, much grander scale.

If you are not pierced in the heart with fear upon hearing Drum’s ambivalent concerns about neoliberalism, and the lack of true left-wing voices, much less the massing of left-wing armies on our ideological borders against the imminent existential threat resulting from financial weapons of mass destruction, don’t even bother to duck and cover when you see the white-hot flash on the horizon.  The annihilation will be systemic and global.

A statement from a section of the French workers

What I have copied over the fold is a declaration issued recently by a self organized group of French workers, a statement of solidarity and strategy in the face of the global neoliberal push (putsch?) for “austerity”.  They call for global resistance based on the following principles:

– We can take control of our own struggles and organise collectively.

– We can discuss together openly and fraternally, we can speak freely with each other.

– We can control of our own discussions and our own decisions.

Can the workers of the world unite?

The Devil and the Deep Blue Sea

A sense of identity has been lost, of common cause and belonging.  What we, as liberals, are being asked to accept, is what is called pragmatism irrespective of any other value.

There is a tendency, adopted from Republicans, of disliking what they call “pessimism”, of what liberals might call acknowledging the problems confronting us and not only vowing, but actually doing, better.  Optimism grounded in an idea that any disease, any fault, any depredation can be summarily cured.  Cured by a religious faith, hope and belief, that despite what we were before, we can be better than we are.  Bt that hope, that betterness, has to be grounded not only in a vow or a desire, but a practice of different approaches, of different values, of not accepting what always has been, but what could be.

What value optimism, without these things, this vow, this indomitable conviction to start today?  What use, exceptionalism without substance and change grounded in “not today”?

Republicans are, we have been told, the devil.

But if Republicans are the devil, the people who use progressive rhetoric and turn tail and enact polices the Republicans might adore, are the deep blue sea.

The Crisis of Neoliberalism

Dr. Gerard Dumenil, of the Political Economy Research Institute (PERI) at The University of Massachusetts, is one of the world’s foremost theorists of neoliberalism and economic crises, and is the author of numerous influential books, many of which have been translated into several languages, including Capital Resurgent: Roots of the Neoliberal Revolution (2004) and his forthcoming The Crisis of Neoliberalism: From the Subprime Crash to the Great Contraction.

In an interview published in the latest edition of Bloomberg BusinessWeek, US president Barack Obama defended the right-wing credentials of his administration, insisting that everything he has done and intends to do is in the interests of corporations. 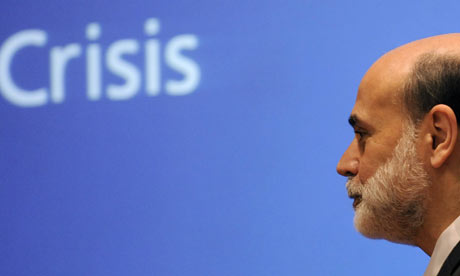 On Anti-Corporatism And Its Critique

This is a response to a number of recent statements in the blogosphere about “anti-corporatism,” the belief that what’s wrong with American politics is its domination by corporate power.  Here I argue that the divide between “Left” and “Right” is quite real — but on a wide variety of issues no traction will be gained unless we oppose neoliberalism, the political economy of choice for the corporate order.

There’s a coalition of “progressive” unity-schtickers lamenting the sudden loss of support for the President and his policies.  United we stand, divided we fall, they say, and all that crap we have been hearing since well before Democrats took Congress.  These Democratic appeasers are united behind a person and party, not the issues, and therefore take issue with those who prefer the “principle” to the “man” or “tribe.”  To them, people like myself are purity trolls, like Republican Tea-baggers, regardless of what the tribe stands for.  Thus, they will tolerate any and every thing, as long as it’s served up on a plate.

This rapid loss in support for Obama has occurred for several reasons.  First, this was a very important election after eight years of neoliberalism on acid.  Second, due to a certain psychological pre-eminence of various crises at this particular time in history, we have been keenly aware of the importance of all this promise for hope and change, including the specific issues and policies that would indicate change.  Third Barack Obama has signaled in all major areas of crisis, from warfare (Iraq, Afghanistan, Somalia, and now, Yemen), the political crisis off giving welfare to deranged profit-takers ($12 trillion dollars and counting to casino gamblers), social welfare (this fucked health care bill), the Unitary Executive and civil rights (blocking judicial activity surrounding Bush era war crimes, torture, human rights, etc.), to environmental degradation (Copenhagen), and boy howdy that’s a lot of signals, that his promises of hope and change are full-on bullshit.  If you want to call questions of war & peace, basic human rights, clear-cut questions of law, rampant and encroaching crony capitalism and fascism,  and environmental crises “purity tests,” be my  guest, you retarded fucking gink, but it shows zero intellectual honesty.