Four at Four continues with a couple stories about climate change, trolls on the net, and a troll running for the president.

Another Farm Worker dies. Does anyone give a damn?

I have been writing for months on the deaths of farmwokers in California from the heat.

Another farm worker died from the heat today.  5 in the last three months.

Come around after the fold for the sad news.

Through the Looking Glass on Abrupt Climate Change

`When _I_ use a word,’ Humpty Dumpty said in rather a scornful tone, `it means just what I choose it to mean — neither more nor less.’

`The question is,’ said Alice, `whether you CAN make words mean so many different things.’

(From Lewis Carroll’s Through the Looking Glass)

Yeah, this is a diary about abrupt climate change.  Crossposted at Big Orange.

Warning: This post is racist. It contains stereotypes and generalizations about a certain racial group, in order to try to depict and describe my view of the world as it is. But I certainly do not believe nor wish to imply that all members of that racial group conform to the generalizations contained herein, as I hope I make clear below.

America has never really been America. That is to say the vision of America spelled out in the Constitution and Declaration of Independence has never come into actual being. An America of equal opportunity, freedom, and justice for all.

There has always been Two Americas! At the highest potential it has ever reached, there have been three Americas. The third being the Middle Class, now an endangered species. America has never REALLY practically been about the ideals that were espoused in our founding documents. Coming out of and rebelling against a monarchal system made it necessary to spell out some stark differences between what America was under the  British Monarchy and what it aspired to be. The Founders needed to lay out their ideals, in reaction to the tyrannical reality they inhabited, some goals of what they thought an ideal society would be. Being intelligent men, they knew that merely signing a piece of paper with these goals written upon them would not transform instantly into the realization of those goals.

They were obviously counting on future generations to realize those ideals.

America was FOUNDED as Two Americas. The rich white male “Christians” (Christians must be put in quotes, since several of the Founders, most notably the author of the Declaration, Jefferson, had rejected conventional Christianity in favor of The Enlightenment, which explains the, btw, explains the inclusion of the radical concepts of equality and justice for all.) ……………….and everybody else.

This is not a thing of the past, despite the fact that white Americans seem to think so.


BILL O’REILLY: But do you understand what the New York Times wants, and the far-left want? They want to break down the white, Christian, male power structure, which you’re a part, and so am I……

Yes, Bill, the far left DOES want to break down the rich white male Christian power structure. Why? Because we BELIEVE in these words:


We hold these truths to be self-evident, that all men (AND women!) are created equal, that they are endowed by their Creator with certain unalienable Rights, that among these are Life, Liberty and the pursuit of Happiness.–That to secure these rights, Governments are instituted among Men, deriving their just powers from the consent of the governed.….

Obama is Here, and O’Reilly is Shitting Himself

Crossposted from The Wild Wild Left and to One Wing Left, Never In Our Names, Docudharma, and Station Charon

The wingers are going bat-shit crazy about a Ludacris song. A song I found entertaining and poignant at the same time.

Now, am I surprised that the Rich White Boyz Hater Club are pissing their depends and whipping eachother into an ibogene frenzy imagining monsters lurking in low riders waiting to rape their womens and see bling trails pulsing like photon ray guns that murder white babies in vitro?

I mean, the wingers have been emailing jokes behind the scenes about “Can we still call it The White House if Obama wins?” for months now.

But god forbid that a rapper turn that joke back on their cellulite-pocked white lard asses.

The video follows… as does rantage.

I’ve never watched Tony Bourdain’s show on the Travel Channel titled No Reservations, but today, he has become one of my heroes.

I’ve just watched a clip of a show he did in Laos that moved me more than anything has in a very long time. It chronicles the legacy of US imperialism and its impact on one small country that bore no challenge to us other than a happenstance of location. And it also chronicles one man’s life that was forever changed because of this and his question to all of us …”Are you afraid of seeing the reality?”

News You Won’t Read in the Newspapers: Unemployment breaks 10%

The Bureau of Labor Statistics re-organized their website, and it took me an extra four minutes to find out what the unemployment rate was for July.

Why would a re-organization slow down finding that info? Because I do not look for the “headline” or U3 measure of unemployment. I look for the “broad” or U6 measure, which takes into account those “marginally attached” to the labor force as well as those working part time who would rather be working full time.

You might not have ever seen these figures, so I’m going to try to copy the whole table, if it works … lessee, View/PageSource … uh … search for <table … copy, paste … come back to Docudharma … OK, here goes nothing …

Now, this is seasonally adjusted … unadjusted given below (the figures are worse in summer and better at Christmas) …

Who’s Gonna Ride Your Wild Horses by U2 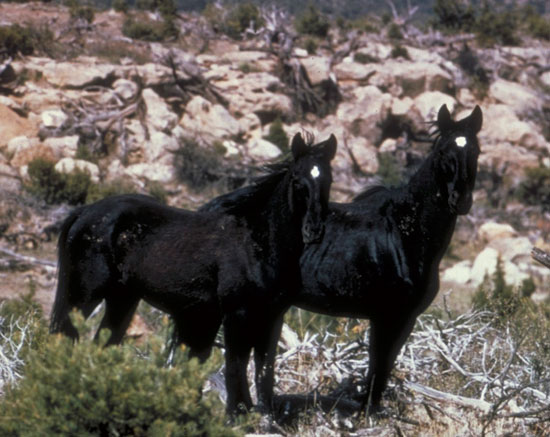 Let’s not and say we did

Original article, sub-headed A “flexible timeline” is not a timetable, and continuing the occupation is not ending it by Anthony Arnove via socialistworker.org.

THE WALL Street Journal reports that the “The Bush administration’s embrace of a flexible timeline for pulling U.S. troops from Iraq has accelerated negotiations between Washington and Baghdad over a long-term security pact.”

Know A Lot About

Its Their Normal Calling Card

Back to his old self, Radovan Karadzic faces his accusers over war crimes

The last supper: mystery of the Swiss motorbike courier

The rains have come, the land is lush but Ethiopians still go hungry

Bangladesh ‘is growing’ due to freak environmental conditions

By MARK MAZZETTI and ERIC SCHMITT

By MICHAEL COOPER and MICHAEL POWELL

ORLANDO, Fla. – Senator John McCain’s campaign accused Senator Barack Obama on Thursday of playing “the race card,” citing his remarks that Republicans would try to scare voters by pointing out that he “doesn’t look like all those other presidents on the dollar bills.”

The exchange injected racial politics front and center into the general election campaign for the first time, after it became a subtext in the primary between Mr. Obama and Senator Hillary Rodham Clinton.

It came as the McCain campaign was intensifying its attacks, trying to throw its Democratic opponent off course before the conventions.

“Barack Obama has played the race card, and he played it from the bottom of the deck,” Mr. McCain’s campaign manager, Rick Davis, charged in a statement with which Mr. McCain later said he agreed. “It’s divisive, negative, shameful and wrong.”

Travelers’ Laptops May Be Detained At Border

No Suspicion Required Under DHS Policies

Federal agents may take a traveler’s laptop computer or other electronic device to an off-site location for an unspecified period of time without any suspicion of wrongdoing, as part of border search policies the Department of Homeland Security recently disclosed.

Also, officials may share copies of the laptop’s contents with other agencies and private entities for language translation, data decryption or other reasons, according to the policies, dated July 16 and issued by two DHS agencies, U.S. Customs and Border Protection and U.S. Immigration and Customs Enforcement.

nor should the brahmin

let loose with his anger.

Shame on the brahmin’s killer.

More shame on the brahmin

whose anger is let loose.

I’m sorry, the language may get a little rough.