Tonight I am thrilled and honored to speak with Cindy Sheehan.  We will be discussing her new book, “Revolution, A Love Story” which chronicles her time spent in Venezuela, and her meetings with Hugo Chavez!  She has seen first hand, there is indeed a better way, than the predatory capitalism we suffer here, the World suffers under the US’s actions.

Cindy is a force of nature. I have long admired her tenacity, her bravery and her honesty. I imagine that when 2 middle aged, pissed off Moms – turned Revolutionaries sit down for a conversation; this shall be an amazing show!

Tip: In order to comment in the show’s companion chat, you must create a BTR account, its free and only takes seconds. Chat is monitored during the show, so make yourself heard.

Join Wild Wild Left Radio every Friday at 6pm ET, with Hostess and Producer Diane Gee to guide you through Current Events taken from a Wildly Left Prospective….

WWL Radio: Bringing you controversial, cutting edge, revolutionary, “out there where the buses don’t run” LEFT perspective since January of 2009!

In the past few weeks a series of reforms have been passed which some are saying justify President Obama’s, the Democratic Party’s, and American liberals’ extreme moderation and corporatism (or, in some cases, a mere subservience to, if not an outright embrace of, this horribly corrupt form of capitalism).

However, I would advise you to consider these words which Malcolm X uttered in another terribly corrupt and unequal world which, as the US continues its decline as an empire and omnipotent economic presence, even many liberals and radicals are starting to get nostalgic for:

You don’t stick a knife into a man’s back nine inches, pull it out six inches, and call it progress.

That is, if you ignore the context in which these mild reforms are taking place, you are ignoring the fundamental problems which need to be solved.  This is particularly apparent in the case of the repeal of Don’t Ask, Don’t Tell.

Saturday is the day to take action against the wars

If you want to help end the wars in Iraq and Afghanistan, challenge the military industrial complex, fight for jobs not wars, or anything along those lines, SATURDAY IS YOUR DAY OF ACTION!  There will be a massive peace march in DC – some say they are expecting hundreds of thousands to show up – and events all over the nation.  On Sunday there will also be an event in Seattle, for those of you near there.

Please join me in DC – if you’re looking for me, I’ll be with the “We Are Not Your Soldiers” contingent (carrying a peace flag and with my brother, who will be videotaping) and for part of the day I’ll be marching with former US Senator and presidential candidate Mike Gravel.

Some good ways to start ‘The Year of Resistance’

I have recently been calling for a large social movement (or, more realistically, an expansion of the social movements for justice already in existence) and here are a few ways we can all get started on being part of this movement.

(Included:  Cindy Sheehan’s thoughts on recent events and a list of upcoming action events you can get involved with.)

Original article, by David Macaray and subtitled We Need to Embarrass Ourselves, via counterpunch.com:

One of the most astonishing and demoralizing comments I ever heard was in response to Cindy Sheehan’s August, 2005, anti-war demonstrations outside George W. Bush’s Prarie Chapel Ranch (near Crawford, Texas).  A commentator declared that, by protesting in so public and defiant a fashion, Sheehan had, in fact, “embarrassed” herself.

The Kennedy Funeral Media bonanza, and the Saturday rain helped to deny any opportunity over the past week for new public attention, energy, and focus put on stopping the continuation of these illegal, barbaric, and self-destructive Wars and Foreign Occupations, that are bankrupting our Country and slaughtering over a million innocent people.

But Cindy Sheehan did give a great public interview for the online Russian News service.

The questions raised by Cindy should be central to the National Dialog in our Country, as it defines the very character of who we are, and what our future is destined to be.

It was 4 years ago when we had a stubborn President hellbent on waging endless, barbaric, aimless, and self-destructive unprovoked Warfare, based upon demonstrable lies and fraudulent ideological-driven dogma (and control of World Oil if the truth be told). As the U.S. News Media fawned over that President, and swept the horror and the criminality of his actions under the rug, one woman had the guts to stand up and publically confront that President. That woman was Cindy Sheehan. Her selfless act of courage inspired the public at large to finally question and rethink the merits, ethics, and wisdom of our “Shock and Awe” Foreign Policy.

This shift in the public tide also culminated in the surprise sweeping of the once “dead” Democratic Party back into positions of real political power in both the 2006 and 2008 Elections. 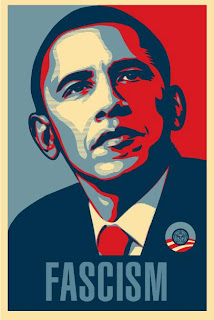 She has me weeping

I saw this photo and I had to share it.

Why is this woman so maligned by the ‘liberal’ media?

Why is she so hated?

What has she done to draw so many swords against her?

Your loss is incomprehensible for most of us and your contributions are welcome.  I salute the ‘Peace Mom’!

I apologize for the short essay, but this woman deserves better.

My interview with Cindy Sheehan

A few days ago I interviewed Cindy Sheehan, half as an blogger and half as an interested citizen activist.  Below the fold is the audio of the interview.  I’ve also typed up a brief summary of the interview, or at least what I could write down of her answers while holding a tape recorder in my other hand.  I’ll be posting a picture of both of us that a press photographer took if it makes it into a local newspaper, or if he sends me any pictures.

She talked about her political future, taking action locally, prosecuting Bush, Afghanistan, and more.  I had previously taken questions here and on a few other websites.

Anyone have a question for Cindy Sheehan?

I really apologize for this tiny essay (probably the shortest I’ve ever written), but I’m just posting it to solicit questions for Cindy Sheehan.  I’m interviewing her tonight and if you have something that you want asked of her, just let me know!

Obama’s Victory a Loss for Progressives

Virtually everyone, it seems, is cheering the electoral victory of Democrat Barack Obama in the U.S. presidential race. The obvious exception is the Republican Party, which is likely to shift even further to the right in the halls of power due to moderate and semi-moderate GOPers losing out to Democratic challengers, but that’s a given.  You can count on them being the most obstructionist minority party in Congress since the Gingrich revolution in 1994, laying the groundwork for a similar event in 2010.

That’s to be expected.  What seems to be going ignored in the victory celebration is that the increased Democratic majority is prepared to waste the next two years accommodating this obstructionism.  Nancy Pelosi, who fended off a challenge from independent Cindy Sheehan, proudly boasted that Democrats would legislate from the right, not the left (though she called it the “middle”).

This should be the first sign that progressives frittered away their chance to shape the political landscape.  Don’t count on Senate capitulation leader Harry Reid to suddenly grow a pair or the Democratic Caucus to cease coddling Joe LIEberman now that the majority has been expanded; electoral fraud is likely responsible for the failure to win the filibuster-proof number of sixty senators, but even if Democrats had gotten it, Reid has bent over backwards to please GOPers and refused to enforce party discipline within his own ranks.  The result, as it was in 2006, is a Senate paralyzed by Republican obstructionism and Democratic appeasement.

We have a president-elect who is prepared to name Rahm Emanuel, a top-ranking Bush Dog, as his chief of staff.  Robert Rubin, a top architect of Clintonian economics and welfare-gutting, is on Obama’s economic advisory team, as are a number of other corporate marketeers.  Don’t expect sound environmental, health care, economic, or energy policy from the White House.  Nor should you expect an end to the occupation of Iraq, the unconditional support of the Israeli apartheid state, the lifting of the embargo on Cuba, or a shift away from imperialism.  There has been nothing in Obama’s campaign or his legislative record to suggest he’ll suddenly do a 180 now that he is prepared to inherit the presidency.

Nothing is more indicative of this than the popular vote.  Obama received a pitiful 51% to Republican John McCain’s 48%, a mere three percent difference.  The new president is smart; he knows just as much as the Republicans do that this election was not a huge repudiation of Bush policies.  Obama did not win so much as McCain lost, and he knows it.  He’ll govern from the right to appease his corporate backers.

We had what was probably our last, best chance this year to force Democrats back to the left.  We blew it.  Neither Obama or the Democrats have any incentive now to even listen to us, to say nothing of governing from the left.  What, then, is our recourse?

We can still walk away from the Democratic Party, and we must do so if we are to have any hope of salvaging the progressive movement.  We must build locally, work our way up to state-level, and finally, organize at the national level.  At this point it’s all we’ve got left.  Enjoy your celebration, for the hangover we’re about to suffer is going to be a long one.