In a financial crisis, what counts is what works

Vatican reaches out to atheists – but not you, Richard Dawkins

Iran outflanks Israel in the dark arts of nuclear diplomacy

In a Mad World of Blood, Death, and Fire

The process is always the same.  It exploits human weakness, triggers the tribal instincts within us, incites anger, and forges it into hatred.  The politicians claim a dangerous enemy is determined to destroy the homeland, they talk about patriotism, they talk about God, they talk about the greatness of their nation, the glory of their culture, the sanctity of their ideology or religion. They say the enemy is evil and deserves destruction.  The flags are waved and the guns are loaded.  The generals are summoned and given their orders.  And then the killing begins.

When I was a young man I carried me pack,

And I lived the free life of the rover,

From the Murray’s green basin to the dusty outback,

I waltzed my Matilda all over.

It’s time to stop rambling, there’s work to be done,

There’s work to be done.

And sent them away to the war.

Today I was at a retail store and something I’ve never seen before happened.  Mind you, I’ve seen riots in the 60’s.  Killings.  Protesters shooting it out with the police and holding a courthouse under seige for a week until the National Guard came in.  But I’ve not seen a lynch mob spontaneously erupt until today.  Someone mentioned the catastrophe in the Gulf.  Someone else said that the BP Oil Execs should all be killed.  Over 2 dozen people in that store all stopped what they were doing and began to agree.  Someone said that if the government won’t kill them, the people of the United States should rise up and do it themselves.  This got a lot of suddenly riled up people who only 30 seconds ago were quietly shopping to agree quite loudly and vocally.  “Yeah!  We should go down there and kill every goddamned one of them!”  someone shouted and everyone agreed.

There was an 80 year old man agreeing.  So were a couple of little old ladies.  Young people and old, people from all walks of life were suddenly gathered around the checkout stand and they were all talking about the Gulf Catastrophe and what it meant and how they not only had had enough of the government kowtowing to the corporations but “goddamnit if the Government won’t execute them, we Americans should!”

This wasn’t in the middle of rural teabag country, this was in a Seattle suburb and I was surrounded by mostly left leaning, ordinary American citizens who had suddenly found that everyone else felt the same way they did and everyone in that store was PISSED.

No, Pissed doesn’t do their mood justice.  They were outraged and FURIOUS and THEY WANTED BLOOD.  They wanted the BP executives DEAD.

I thought to myself: so this is what a lynch mob looks like.

Now normally, I’d be aghast.   But I remembered what Ghandi said.  He said that his non-violent methods would have never worked against the fascists.  He was right then and it’s still true today.  Peace and Love are NOT going to save our planet from these monsters, these psychopaths who have risen to the top of the corporate world because mega-corporations themselves are psychopaths and only a psychopath could possibly run one successfully. So I found myself agreeing with them  wholeheartedly.  These creeps deserve to die for what they did and the government better damned well do it.

I wonder if this scene has repeated itself elsewhere in the nation?  Is this nation on the edge of exploding in rage at our politicians and the corporate masters who own them?

I think America might be reaching its breaking point.

The Not Oil Diary

What else beside the oil leak sucks.

So, do I have to “register” my horse.

Sometimes I get questions in my inbox, and sometimes they are they have more general application.  Here a few from the past few days.

Remember, anyone is welcome to send a question, and my profile has my email address.  If you would like a question answered, just ask one.

I hope that this is read in the best of the Thurber tradition.  Keith has stimulated me to writing very short, funny pieces lately.  Please tell me what you think.

OK, the story so far:

Transport needs about 7 5% solutions per decade over the next two decades. With the White House policy as one, Steel Interstates, Nationwide Oil-Free Liberty Transport networks, 5% of trips by Active Transport, and doubling the fuel efficiency of cars carrying 10% of passengers, that’s 5 of the 7.

First, The Geek apologizes for missing last week.  He had a throbbing headache brought on by allergies and felt neither like writing nor sitting to answer comments.  I am much recovered tonight.

This topic was suggested by Eldest Son who is a lurker here.  It turns out that he has an acquaintance who will not eat food cooked or warmed in a microwave oven, ostensibly because of that person’s belief that the food somehow has dangerous radiation remaining in it, or that the food has somehow been activated into radioactivity by the microwaves.

BP: “We’re Not Blaming Anyone… Yet”

David Edwards at RawStory notes in a May 30 article that “Oil giant BP has said it is responsible for the Gulf oil spill, but now the company seems to be reserving the right to blame someone else” and that “Fox News’ Chris Wallace questioned the managing director of BP, Bob Dudley, about the company’s poor safety record. While taking full responsibility for the spill, Dudley indicated they may shift that responsibility in the future”.

“We have had this accident in the Gulf, which we’re taking full responsibility for. We’re not blaming anyone yet for it. The investigation of this will determine the causes,” Dudley said on the program to Wallace.

Dudley’s comments come only one day after BP announced that the so-called “top kill” procedure, its latest effort to plug the leak, was a failure.

“Over the last decade, It’s fair to say that BP has had a poor safety record,” Wallace said. “In fact, just over the last three years according to OSHA, the government’s workplace safety agency, BP had 760 what are called ‘egregious, willful safety violations.’ Two other oil companies were next with just eight. How do you explain that, sir?” asked Wallace.

“It primarily goes back to an incident we had in Texas about a half a decade ago where tragedy and explosion of refinery in Houston. Then we’ve had an issue in Alaska as well,” said Dudley.

“In the last three years, the chief executive of the company Tony Hayward has brought in a program top to bottom where we focus on safe and reliable operations and ingrained it in the culture of the company,” he said.

“Forgive me, Mr. Dudley, that hasn’t worked too well, has it?” Wallace said.

AP also reports today that on ABC’s This Week program that Dudley has said that a “relief well is the ‘end point’ of efforts to stop the Gulf oil spill – which suggests there’s little chance of plugging the leak until the new well is completed in August”, and that “that the current attempt to cap the leaking well would at best minimize the oil flowing into the Gulf of Mexico”.

Here is Wallace talking with Dudley on Fox News Sunday, broadcast May 30, 2010. 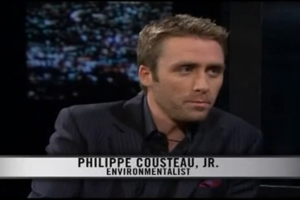