The Fallen of Afghanistan and Iraq

In a Mad World of Blood, Death, and Fire

The process is always the same.  It exploits human weakness, triggers the tribal instincts within us, incites anger, and forges it into hatred.  The politicians claim a dangerous enemy is determined to destroy the homeland, they talk about patriotism, they talk about God, they talk about the greatness of their nation, the glory of their culture, the sanctity of their ideology or religion. They say the enemy is evil and deserves destruction.  The flags are waved and the guns are loaded.  The generals are summoned and given their orders.  And then the killing begins.

When I was a young man I carried me pack,

And I lived the free life of the rover,

From the Murray’s green basin to the dusty outback,

I waltzed my Matilda all over.

It’s time to stop rambling, there’s work to be done,

There’s work to be done.

And sent them away to the war. Old Man….Who You Gonna Kill Next? 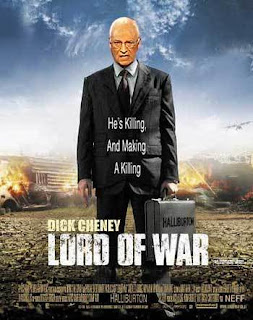 Old man what the hell you gonna kill next

Old timer who you gonna kill next

Sir turn up the TV sound

The war has started on the ground

-Roger Waters (The Bravery of Being out of Range)

Today, Memorial Day we honor our war dead. Some could care less, it’s just another excuse for barbecue, beers, baseball and NASCAR. Little can they be bothered by any concept that men at one time were burned, butchered, gassed, shot, blown into so much bloody fucking hamburger so that they would be free to be mean-spirited, fat, drunk and stupid lemmings. Their silly, meaningless understanding of history is an affront to those who served with honor and paid with all so that they could be goddamned ugly, crude and indolent Americans. With the fascist police state now fully implemented and Lord Obama talking nonsense about “preventative detention” all of those war deaths, even the ones dressed up in the monstrous nonsense of the GOOD WAR have all been in vain and for nothing. The grandchildren of the men who were cut down by German artillery, mines and machine guns as they took Omaha Beach have become that which their ancestors fought against, a nation of Good Germans, willing accomplices who are no better than those who lived downwind of Auschwitz and never once questioned the smell.

Flarebombs bloom on the dark sky.

A child claps his hands and laughs.

I hear the sound of guns,

and the laughter dies.

But the witness remains.

The Legacy of War — and Lessons Unlearned

In his farewell address to the nation after spending 8 years as president, in 1961 Eisenhower warns of a growing danger.

Eisenhower on the Military Industrial Complex

Why would a respected President, set the sights so high, for his successors, and for America, as the dawn of the Television Age, blazed its path, towards an unknown Future?

A Memorial Day Goal for Bob and Lee Woodruff

“Hey Friends —  Would you give a dollar to someone who risked their life for you?  We are in a big push this weekend to try to get every American to give $1.00 (or better yet $5.25 – to signify the date of Memorial Day) to help our wounded troops. This is what Memorial Day is all about.

“Yesterday by being on CNN and CNBC to talk about it– Bob and I raised $21,000 just from people twittering and going to the website to give.”…………