I can’t be the first to think of this but…..

Join me in my conspiracy corner for a moment.

Who benefits from Biden dangling a phony potential presidential bid in front of the politics-is-a-horse-race media for a couple months?

And what will the corporate media not talk about while they breathlessly wait for Biden’s decision?

Could it be Chevy?

Could it be Ford?

Hillary Clinton says she’ll take a firm position for or against the construction of the Keystone XL pipeline, but only after it’s already been decided by the current administration or after she’s elected president in 2016.

However, critics of Clinton’s statement-including Sen. Bernie Sanders (I-Vt.), currently her leading rival for the Democratic nomination-were quick to pounce on the opportunity.

“So bogus,” tweeted 350.org’s communication director Jamie Henn after the news broke about the candidate’s comment. “Clinton has taken positions on all sorts of ongoing policy issues.”

He also said the dodge is as much an issue of political leadership as it is about climate change. Invoking the Clinton’s campaign preferred social media hashtag, Henn added, “Come on, #HardChoices, let’s see some leadership here!”

The way I see it, this gives the corporate media a chance to reinforce their message of Hill’s inevitability and Bernie’s supposed un-electability.

Yep, and it seems now that the U.S. media is trying to spin their own rovian revisionist history as to why they didn’t do their jobs, eight years later!


And after all this time, questions still remain as to why the United States launched the war in the first place.

Really Simon, questions? Seems hundreds of thousands here with added millions, us ‘focus groups’, around this planet were questioning before, on the day the invasion started and all these years later, as well as paying attention to the better late then never Inquiries held as well as all the proof then and through these eight years. Where have all of you been?


So how did U.S. intelligence get it so wrong?

Did intelligence get it all wrong “who spun a web of lies which convinced America’s top spies”, or is it more reality that you all followed breathlessly what cheney and all his brother and sister neo-cons, who found a story line from a single source they could build up with what other ‘intelligence?’ they cherry picked, think powell at the U.N., and added to justify their destructive goals, sold you and few questioned, remember all that love towards rumsfeld!

Obama and the Democrats as “Pussies”: A Dangerous Meme

“Why are Obama and the Democrats so incompetent/such wimps/such ‘pussies’?  They control the White House and  both houses of Congress, yet they haven’t even managed to [insert embarrassingly modest and/or reformist liberal/progressive goal here, e.g., “pass health care reform that includes a public option”, “end the Iraq war”, “enact strict regulations on Wall Street”, etc.]! Obama needs to ‘grow a pair’ and start acting more like the Republicans did when they were in power! You know, like a man.  I mean, Bush never cared about bipartisanship and consensus-building when he was president.  He was willing to use his power to enact his agenda, and he did so without giving the Democratic opposition in Congress a second thought.”

The Left’s™ persistent broadcasting of variations on the  Democrats-as-incompetent-“pussies” (Bill Maher’s word, not mine) meme  reeks of a highly sophisticated and finely-tuned advertising campaign. The corporate owners of Brand Left™have so thoroughly saturated the nation with this message that even Apple’s marketing department has started taking notes.

Of course, it is unsurprising when Brand Left’s™ corporate mouthpieces help spread such a patently false characterization of Obama and the Democrats. The Leftists™ that have been anointed by our capitalist dictatorship — Rachel Maddow,  Keith Olbermann, Michael Moore, Ariana Huffington, and Bill Maher (to name a few)- have each done their part to perpetuate this dangerous lie about Obama and the Democrats. One should expect nothing less of such a distinguished cadre of amoral hypocrites.

Despite their faux-leftist rhetoric, they are cut from the same rotting, moth-eaten corporate cloth as Certainly Not News and Fox. The plutocracy has allowed them to express their “left wing” convictions for one primary reason:  A few advertising firms conducted focus groups to figure out what kind of programming would best attract a coveted demographic to various media sources where they could be subjected to target marketing (i.e., mostly white limousine liberals who constantly reiterate their love for National “Public” Radio whenever they are going for progressive realness). Likewise, The Jersey Shore was created so that advertisers could target an equally repugnant demographic.

Your Head Will Explode

To corporate media hacks, there are no objective facts. Because they are incapable of either researching or comprehending what can be demonstrably proved, they dumb down all issues to mere partisan controversies. There is no scientific method. There are no historical contexts. There are two sides to every story, even when there really aren’t. Everything can be a legitimate source of bickering.

It’s not just juvenile, and it’s not just unprofessional; it is, in fact, dangerous. If a prominent Republican went flat-earther, Wolf Blitzer, David Broder and their ilk would reliably report on the new controversy over the shape of the earth. Andrea Mitchell just proved her credentials as an upstanding member of this upsidedown cult of unreality. On the eve of the Copenhagen Climate Change Conference, she interviewed Al Gore. Did she ask him about the science of climate change? Did she ask him about the politics? Did she ask him if the politics was dangerous, given the science? Of course not. As reported by Steve Benen:

But even more surreal is the context of Mitchell’s question. A supposedly serious supposed journalist asks a Nobel Prize winning expert what he thinks of the nitwit ramblings of an ignorant anti-intellectual that were posted to a Facebook page? Has the corporate media really dumbed itself that far down?

Apparently without laughing in her face or being stupefied into horrified silence, Gore gave Mitchell a succinct response:

“Well, you know, the global warming deniers persist in this air of unreality,” Gore explained. “After all, the entire north polar icecap, which has been there for most of the last 3 million years, is disappearing before our eyes. Forty percent is already gone. The rest is expected to go completely within the next decade. What do they think is causing this?”

Who was Grayson really Apologizing to?

44789 Americans die every year because they HAVE NO Health Insurance,

according to this Harvard Study.  http://grayson.house.gov

but that was just once.

THIS IS EVERY SINGLE YEAR!

Take a look at this — read it and weep.

and I mean that Read it and WEEP!

Let’s remember we should ‘care about people’ — EVEN after they’re born. 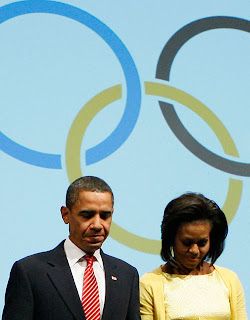 Finally a Democrat, willing to fight Fire with Fire — I mean extreme Rhetoric with Rhetoric!

Kudos to Alan Grayson who has the guts to dish back to the GOP, the same  “strong language” — that they’ve been dishing out for months!!!

Last night, I went onto the House floor and did something that the Republicans aren’t used to.  I told the truth about the Republican health care plan.  The plan is simple:

Sounds about right! The Party of No, Knows one thing — How to say NO!

Die for “Lack of health insurance” …

That about what it takes to fill up 2 city buses …

Since pulling random Definitions, out of the air, during Presidential Interviews, seem to be topic de jour …

an herb (Nepeta cataria) of the mint family, with downy leaves and spikes of white or bluish flowers that are used in flavorings and tea: cats like its odor

Well what happens if we give the People what they want?

The Current Media System favors the Representation of Corporate Interests by our Politicians.

Since the Media Airtime costs so much, Politicians generally have little choice but to give Corporate Speech an Audience, in order to get Elected. … Helloooo Corporate Lobbyists! 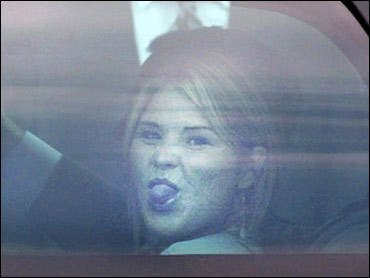 The Flat Earthers have a Right to their Opinions, But That does NOT make them Right!

If you heard this on the TV, would you sit and think, interesting Opinions?

“The facts are simple,” says Charles K. Johnson, president of the International Flat Earth Research Society. “The earth is flat.”

“Nobody knows anything about the true shape of the world,” he contends. “The known, inhabited world is flat.

the stars are about as far as San Francisco is from Boston.”

As shown in a map published by Johnson, the known world is as circular and as flat as a phonograph record. The North Pole is at the center.

Or if you heard this loudly stated Opinion, would you think, “Well, They have a Right to their Opinions”

Mr. Johnson, who called himself the last iconoclast, regarded scientists as witch doctors pulling off a gigantic hoax so as to replace religion with science. He based his own ideas on the Old Testament references to a flat earth