‘The world went silent . . . being blown up was too quick to be frightening’

Would-be buyers race in as reports surface that the federal rebate program is running out of money. The Obama administration is keeping it going at least through the weekend.

By Andrea Chang and Tiffany Hsu

Anxious buyers were rolling into Southern California car dealerships Friday, eager to snag a cash-for-clunkers deal while they still had the chance.

And some dealers said they were girding for a hellish weekend with a lucrative twist.

At Galpin Ford in North Hills, where huge banners promised “Big ca$h for your clunker,” the showroom was packed with people.

“I’ve never worked so hard,” said Galpin salesman Brian Fraleigh, who said he worked selling cars until 3:30 a.m. Friday and was back at his post before noon.

Car dealers said they have seen a healthy increase in customers all week, but things took off Thursday night when reports surfaced that the program was running out of money.

The U.N. drug czar says that efforts to eradicate opium have failed.

After spending years and hundreds of millions of dollars trying to eradicate the fields of poppies that produce opium in Afghanistan, the United States suddenly announced in June that, in the words of special Af-Pak envoy Richard Holbrooke, “eradication is a waste of money.” Instead, NATO and Afghan forces are trying to focus on the nexus between the opium trade and Taliban financing. Nobody has watched these developments more closely than Antonio Maria Costa, executive director of the Vienna-based U.N. Office on Drugs and Crime. A frequent visitor to Afghanistan himself, he also has a staff of some 360 locals “crisscrossing the country,” tracking the growth and sale of narcotics. In a series of interviews with NEWSWEEK’s Christopher Dickey, Costa talked about the surprising drug story behind the war story in Afghanistan. Excerpts:

Bill Maher DESTROYS teh Birthers: Sentient being vs the Lizard People

Fucking hysterical. Bill, as only he can, sets the record straight.

Luaghing it off has also been the reaction from the Democratic leaders, proving that Democrats never learn.

Bill Maher rocks. He used the example of the swift boat lies that cost Kerry the election because of how stupid the arguement was, and look what that got him. A war hero losing based on cowardice at war to a numb nuts fake cowboy who never served at all.

Yes, the birther issue is a waste of time, stupid and embarrassing, but we have to smack it down, over and over, otherwise it will become a bigger waste of time, and any progress you might have hoped to get out of Obama will get sidetracked totally. For all of Obama’s shortcomings, the only thing worse than not enough is nothing at all, and that is what we will get if you don’t knock the shit out of this nonsense right now.

Some people might say, ” let the GOP run with this, it’s their problem. ”

I say no. We have to share this fucking country with them, troglodites that they are. Their problem IS our problem, and ignoring it won’t make it go away. You want proof of that? Just look at Dick Cheney.

Dummies talking to other dummies.

It is so important that we, the few, the proud, the reality based, attack this stuff before it has a chance to fester and spread. This is not a case of Democrats versus Republicans, it is sentient beings versus the Lizard People. And it is to the Lizard People that I offer this deal, I will show you President Obama’s birth certificate when you show me Sarah Palin’s high school diploma.

I don’t know which part I appreciated more, the Reality based part, or the part where he calls them Lizard People.

I can only say this in conclusion. After onloy 6 months out of power, this is where the GOP and Conservatives are. Insane, not to be negotiated with, they are like the meth addict who sees Streisand faced spiiders crfawling on them.

It is going to be a looooonnngggg 4 years.

Cops are searching for the owner of a bundle of ¥10,000 notes found at a garbage processing facility in Yamaguchi.

Three professors at the University of Tokyo were found to have scammed the government out of ¥7.5 million in grant money by falsifying expense claims “for laboratory instruments and other office materials.”

A housewife in Edogawa-ku who let a pair of thieves disguised as delivery men into her home was robbed of ¥10 million after being beaten up.

A Tokyo DJ was arrested for scamming a man out of ¥600,000, which the DJ claimed was the fee for canceling the man’s subscription to his website. “I couldn’t make a living just doing DJ work because it’s a job that doesn’t pay,” he told the police.

Welcome to the 21st century

The Economy, Trade and Industry Ministry announced that, for the 19th time, it had received reports that an iPod Nano overheated and emitted sparks.

Responding to a spate of accidents caused by the whisper-quiet operation of hybrid cars, police in Fukushima have asked the owners of such vehicles to turn on their lights when driving during the day.

Tokyo’s Toyo University is offering a course in “Renewed Spectrology,” which attempts to study paranormal phenomena via “philosophical, psychological and religious approaches.”

The sad thing about all the troubles we are going through fighting against the greedy and ignorant, is that it gives us a feeling of poverty in the midst of endless abundance.

I read the blogs trumpeting the big fights to give everyone the benefit of healing when they are sick.

We have an embarrassment of riches when it comes to knowledge of how to heal — and I’m not speaking here of simply taking a pill and curing a particular illness, but of truly being healed.

We have all the great achievements of humanity at our fingertips and so many folks around the world who have the answers to the big questions of how to alleviate needless suffering.

Right now we could all be rolling in clover. 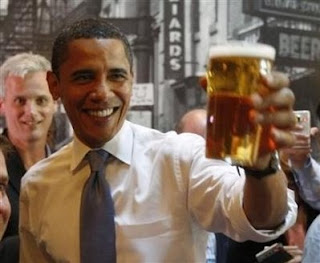 An Agent Orange activist calls on the first lady to help dioxin victims in Vietnam.

Vietnamese victims of the defoliant Agent Orange play at a social sponsorship center in Da Nang City June 26, 2009. US warplanes dropped about 18 million gallons of the defoliant on southern Vietnam for most of the 1960s.

The following is a letter sent to Michelle Obama by Secretary of the Britain-Vietnam Friendship Association Len Aldis, who has worked for years to spread awareness of Agent Orange victims’ plight.

August 2 marks the beginning of Orange Week, a government program to create Agent Orange awareness through various programs nationwide. Orange Week ends on August 10, 48 years to the day since the US military begin spraying the defoliant on Vietnam.

You can find the Letter Here

The falacy of a total consumer health plan system

Lately, I’m beginning to wonder if we’re ever truly going to have universal health insurance .  Now I’m well aware that even folks without coverage will get medical care, thankfully hospitals for the most part are obligated to treat people.  Yet, whether you have insurance or not, the whole sytem is a disaster.  One of the solutions, first coming from the libertarians followed by the conservatives and strangely enough some on the left, is the concept of a consumer-driven health insurance system. Basically, you treat your medical care as you (to borrow the examples I’ve heard) would buying car insurance or even (I dare say) buying a set of plates.  Here’s the problem, if you pick the wrong dinnette set you won’t die.

In a life not dominated by the desire to change the world so that it would be a better place to live, moving would be a great excuse for taking a month away news and politics and trying to spread the word.

But my life is dominated by that mission.

So I flipped a coin to see whether I should try to wrap some new words around an idea or two or post something old.  When one gets to be as old as I am, it gets more difficult to “write something new” since one may find that almost everything has already been addressed in the past couple of decades…or the 292 diaries posted here…or the 260 poems written.  As much as I would like for people to read my old diaries, in the spirit of learning about lives they cannot conceive, I know that the past gets forgotten very easily and reading someone’s old diaries is an unlikely occurrence.

Unfortunately for me, since it meant no nap this afternoon, on the last day before the moving begins, “something new” won.