Connell forced to give deposition re 2004 Ohio election on Monday

Sorry this will be a short but sweet essay, but it is too sweet not to post.  Additional details can be found at The Brad Blog, but here’s the main point:

The BRAD BLOG has learned that Mike Connell, the Republican IT guru whose company, GovTech Solutions, created Ohio’s 2004 election results computer network appeared in federal court today, as compelled, and has been ordered to appear for his deposition on Monday, November 3, just 24 hours before Election Day 2008.

Just in time to put them on notice that they can’t get away with it this election.  And if it leads to a Rove subpoena – how sweet indeed.

Happy Halloween all and good night.

End of an Era

The communications ministry announced that fiscal 2007 marked the first time in history that Japanese people talked on mobile phones more than on fixed-line phones.

An opinion poll by Mitsui Home Remodeling Company found that over 40 percent of married couples in their 60s sleep in separate bedrooms.

The National Police Agency said that money-transfer scams involving ATMs dropped for the first time in a year and a half.

Japan slipped one spot to ninth in the World Economic Forum’s annual list of most competitive nations. The US retained the top spot, followed by Switzerland and Denmark.

In the same survey, Japan scored well in “technological innovation and business environments” but was 98th in terms of “macroeconomic stability,” thanks to its huge fiscal deficit.

November 5th’s Diary Today. What Do We Do Now?

Hey! Remember back when Obama was elected and the Democrats swept?

Well, that’s all in the past now. The future lies before us.

What say you? Let’s have the Dems-in-the-DC-Bubble set how that plays out.

I dunno. Unless it’s the people. ‘Cause come to think of it, the Dem Leadership ain’t been doing that, in the main. Yep, comes down to us people.

So, bearing in mind that “as the twig is bent, so grows the tree”; recognizing that this very day starts the shaping of our future government; how shall we immediately train the emerging government so it bears a beneficient fruit for the people?

Surely, “business-as-usual” among our Electeds has rendered our nation barren, bleak, and endangered. Whatever has been done in the past, can be done no longer. And chief among those things from the past is…

Well, first things first. Let me digress for a moment… Some of my Halloween images & artwork.

The “LITTLE WITCH”  is my grand daughter`s doll, & she directed me in post production. On The Day of the Dead

At some point every Halloween since 2006, I find myself going back and reading an essay by one of my favorite bloggers, Madman in the Marketplace, titled Dia De Los Muertos. Since it gives me such a jolt of inspiration every time, I hope Madman won’t mind if I share alot of it with you today.

First of all, a little background on the Day of the Dead from wiki:

Though the subject matter may be considered morbid from the Anglo Saxon perspective, Mexicans celebrate the Day of the Dead joyfully, and though it occurs at the same time as Halloween, All Saints’ Day and All Souls Day, the traditional mood is much brighter with emphasis on celebrating and honoring the lives of the deceased, and celebrating the continuation of life; the belief is not that death is the end, but rather the beginning of a new stage in life.

Is Obama really a radical at heart?

Original article, by Lance Selfa and subtitled If Obama is acting like a centrist now, it’s most likely because he is a centrist–rather than a radical posing as one to get elected, via socialistworker.org:

WITH LITTLE else to offer on its own behalf, the McCain-Palin ticket has built an entire campaign on ridiculing and demonizing Barack Obama. First, Obama was a neophyte. Then, he was a celebrity. Now, he’s a dangerous radical, even a friend to terrorists.

Obama speaks of getting past the divisive partisan politics that has sickened this country for so many years.  And he doesn’t only talk the talk, he embodies in his own behavior this philosophy.

Over at Daily Kos, Markos speaks of leaving everything on the road and of crushing the Republican machine.  He also defends being a surrogate in attacking Sarah Palin when both Obama and Biden could not:

I know I harp on this a lot, but it’s an important teaching moment — when Palin was picked, she debuted to sterling approval numbers. Her speech at the RNC was a big hit. She was beloved, and McCain’s numbers skyrocketed as a result. This site and others went on the attack. Republicans were busy trying to build a great story about Palin — hockey mom, “real”, ate mooseburgers, reformer, blah blah blah. We fought back discussing her record, her corruption, her lack of experience, and the results of her brand of “family values”.

Too many counseled that we should lay off her. It’s the curse of the Democrats — instead of trying to move public opinion, we’re constantly trying to “shift the debate to more favorable terrain”. That’s what happened when Democrats sold out our troops and voted for Bush’s war in Iraq. Supposedly, that would shift the terms of the debate from Iraq and terrorism, to more favorable domestic issues. Of course, that didn’t happen. We lost big in November 2002.

Then in 2004, we once again tried to move the debate from national security (Bush is too popular there!), which would be accomplished by nominating a war hero, taking that issue “off the table”. Well, Republicans, masters at this business, went straight after Kerry’s strongest attribute — his military service — and destroyed it via the Swiftboat stuff.

They even tried it this year, going after Obama’s strength — the passion of his supporters — by trying to brand him a “celebrity” on par with Paris Hilton. It wasn’t a bad line of attack until they undermined it with the selection of Palin, their very own “celebrity”.

This is all stuff out of Crashing the Gate and Taking on the System — our fear of targeting our opponents’ strongest points. Yet that’s how you win elections. So excuse me if I belabor the point, because it’s an important one.

People criticized us for taking on Palin, saying that we were ignoring McCain. But she was his biggest strength, and as such, it would be tough to knock McCain down if she wasn’t knocked down first.

Ultimately, we were successful beyond our wildest dreams — the McCain campaign has been forced to stash away Palin in Cheney’s undisclosed location, and even needs McCain to chaperone her during media interviews.

I remember when I, along with many other bloggers, were bitching about the endless stream of Palin diaries … yet many of those diaries, even the badly written ones, accomplished real citizen journalism in showing Palin’s weaknesses, most especially the corruption of her Governorship in Alaska. 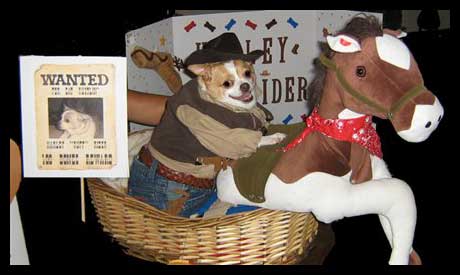 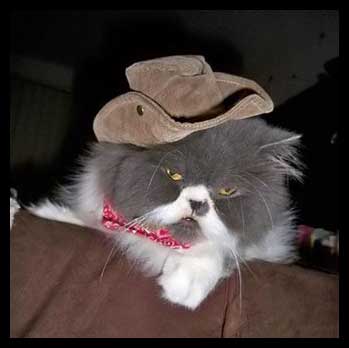