Farkin things farkin piss me off!

There’s gotta be a better farkin way. Fark. Maybe I’ll have to go back to using a farkin pencil and paper! 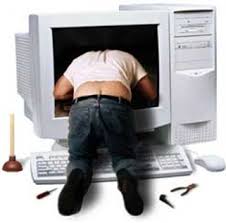 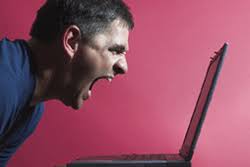 I suspect that it’s all part of a Communist plot. A giant electromagnet hung over him, shaped like a hags huge withered claw to his mind, in the worst moments, constantly sucking at his life force. He could fight against it if he chose, resist, close down as much as possible, trying to retain and defend that which he considered to be his. He had (as have we all) been doing it all of his life after all. Resisting, refusing to surrender, guarding and protecting ‘his self.’

What he considered to be ‘his self’ had felt under attack for his whole life, with schools and teachers, bosses and co-workers, judges and cops, etc. trying to tell HIM what to do and who to be. Once he had finally conquered their attempts to make him into something THEY found acceptable, something they wanted him to be…..so they could feel comfortable with who they were. They wished him, as all humans do, to share their suffering. They wanted to make sure that if they could not be free…neither could anyone else.

But this was different. He had defeated them, sufficiently, and became what he wanted to be. But the pressure, like a huge weight pressing on him to conform was always there. Built in to every social institution, every school. every church, every job, every advertisement he saw on the street, on the web, and on TV. A constant drumbeat, researched and designed to pull at the very primal roots of what it meant to be human, the manipulation and siren call to join the suffering herd was ever present, and every minute of every day was a struggle to resist it.

The struggle he was in now, and yes indeed it seemed that SOME form of struggle was the fate of all humans, was completely different. The very form this current struggle took was the complete opposite of the one he had fought his whole life. That had been a pressure from without, constantly attempting to shape him.

This was a demand that he surrender all shape. The previous forces in his life tried to make him into something….this was a demand that he become nothing. He had learned to protect and defend what was inside of him, the very stuff that he thought of as ‘his self,’ he had spent a lifetime guarding against all assault. And now, having succeeded, he was being asked…if not forced exactly, to give ALL of that up….to surrender it.

And so, here he was

But after a few hundred wearying, intense sessions

Don’t have much time to post a diary, but check to see if there’s one near you:

This report was aired on the PBS News Hour last night.

Members of Rep. Gabrielle Giffords’ staff have kept her office open, even as the Congresswoman fights to recover from a gunman’s attack. Tom Bearden reports from Tucson. Transcript

What could possibly go wrong?

The British oil giant BP agreed on Friday to a partnership with Rosneft, a Russian company, forming an alliance to explore the Russian Arctic.

The two companies would explore three license blocks on the Russian Arctic continental shelf that were awarded to Rosneft last year and span about 50,000 square miles.

“This acquisition will almost certainly complicate the politics of levying and collecting damages from BP following their Gulf of Mexico oil spill,” Mr. Markey said.

As part of the agreement, Rosneft and BP will set up an Arctic technology center in Russia “to develop technologies and engineering practices for the safe extraction of hydrocarbon resources from the Arctic shelf,” the companies said in a joint statement.

‘Distrust lingers on both sides,’ Clinton says of U.S.-China relations

Reporting from Washington – Secretary of State Hillary Rodham Clinton said Friday that the U.S.- China relationship does not fall “neatly into black-and-white categories like ‘friend’ or ‘rival.’ ”

Clinton, assessing the important relationship in a speech in advance of Chinese President Hu Jintao’s visit to Washington next week, acknowledged that in President Obama’s first two years in office the two nations have had “some early successes, but also some frustrations.”

January 15th: Masks Down, Tor Up, That’s The Way We Like To Fuck

Stand for freedom. Stand with Anonymous

To tyrants, the downtrodden are nameless.

Since its inception, the internet has provided new ways for people all over the world to exercise the rights of free speech, freedom of the press and freedom of assembly. These rights are not simply the benefits of a free society–they are the very means of preserving that society’s freedom. The recent increase in government interference with these freedoms coincides with the failure of the corporate media to fulfill their vital role in checking the abuse of authority. Censorship and journalistic abdication have left citizens unaware and unable to hold their governments accountable.

WikiLeaks has moved to fill the void left by traditional news media, providing the necessary information for citizens to hold their governments to account. Yet it has not been granted the legal protections generally afforded to journalists. Instead, the organization has been vilified and monetary support has been blocked by governments and private corporations. The vitriol aimed at WikiLeaks demonstrates an unsettling disregard for the fundamental freedom to exchange information and express ideas. Members of a free society must not allow information to be suppressed simply because it inconveniences those in power. We share the responsibility to defend vital liberties. The time to act is now.

We are Anonymous, a leaderless movement that has worked tirelessly to oppose all forms of Internet censorship worldwide, from DMCA abuses to government mandated content filters. Our initiatives include supporting dissenting groups in Iran, Zimbabwe and Tunisia, as well as waging the highly visible information battle against the Church of Scientology. We are now prepared to take the fight to the world stage. Join us on January 15th for the first in a series of global protests in defense of WikiLeaks and freedom of expression. Stand with us to defend your freedoms.

We Are Anonymous And So Are You

Bullet trains running between Tokyo and Shin-Osaka have introduced “family cars” for people with kids in tow, allowing them “to feel more at ease traveling with rowdy or crying children.”

The education ministry announced that nearly 5,500 Japanese schoolteachers took sick leave for depression and “other mental disorders” during the past academic year.

An anonymous donor left ten randoseru knapsacks worth a total of ¥300,000 at a children’s welfare facility in Maebashi on Christmas Day.

Tomorrow could have been the Rev. Martin Luther King Jr.’s 82nd birthday, had an assassin’s bullet not so cruelly silenced his voice. At a turbulent time when this nation could have easily descended into the flames of a second Civil War, King’s leadership charged his followers, righteously angry and understandably desiring revenge, to adopt a far more measured and difficult course — a course that may well have been the only path leading to the significant, albeit incomplete, civil rights legislation of the mid-1960s.

Borrowing from the teachings of Jesus in the New Testament and Mahatma Gandhi in India, Martin Luther King Jr. advocated passive resistance as the only viable path to the freedom that he and his followers sought. King was honored with the Nobel Peace Prize in 1964, and at present, is the only figure in our history whose birthday is designated as a national holiday, since Abraham Lincoln’s and George Washington’s birthdays are no longer celebrated as separate distinct holidays.

Even the most cowardly can quickly and easily summon hatred, leaning upon it as one would a crutch, as a means to justify all manner of atrocities. King advocated meeting that hatred with love, a powerful but unquantifiable concept as foreign, frightening and unknowable to an oppressor as sunlight to a vampire.