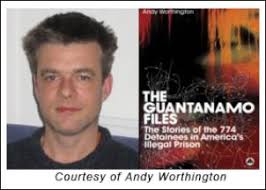 From almost the moment that Camp X-Ray opened, prisoners embarked on hunger strikes as the only means available to protest about the conditions of their detention: specifically, their day-to-day treatment, the treatment of the Koran, and the crushing uncertainty of their fate, as they remained imprisoned without charge and without trial, with the ever-present possibility that they would be held for the rest of their lives.

Andy Worthington has released the results of an important investigation he undertook on treatment of prisoners at Guantánamo, Guantanamo’s Hidden History: Shocking Statistics Of Starvation (PDF) (his article introducing it is here).

The Sunday Weekly Torture “Round-up” is intended to be a new regular feature at Daily Kos, capturing stories on the ongoing torture scandal, especially those that might otherwise escape notice. At the same time, we will strive to present an overview of important new developments in the drive to hold the U.S. government responsible for its war crimes, in addition to covering stories concerning torture from other countries, as time and space permit. (Alas, the U.S. has no monopoly on this hideous practice.)

The editors for the WTR are myself, Patriot Daily News Clearinghouse, and Meteor Blades and we will rotate each week. Interesting or important news or tips concerning torture or civil liberties issues bearing upon it can be emailed to any of these individuals.

There were many new developments this week: the CIA announced it would withhold a list describing 1000s of documents related to the destruction of videotapes depicting torture; an ex-Bush administration official told of administration indifference to evidence of innocence for the great bulk of “enemy combatants”; a major lawsuit against Pentagon contractors accused of torture was allowed to proceed; a “released” Guantanamo hunger striker was refused more humane prison conditions, and more.

Scott Horton has followed up on the UK Guardian story, which I also wrote on last night, describing how Reprieve attorney Clive Stafford Smith, whose organization is helping defend Guantanamo detainee and British resident Binyam Mohamed, had information he was sending to President Obama on Mohamed’s torture censored by the U.S. Department of Defense.

At Daily Kos, a number of readers were incredulous at the claims I, and by implication, Stafford Smith was making about Obama being kept out of the information loop, suggesting that I was prone to conspiracy theories, or a dupe for grandstanding by Mohamed’s attorneys. Some suggested either the Guardian or myself or both had completely misunderstood the situation.

But Horton, who has been following this story carefully, and is known to have excellent sources, reported on the Guardian article much as I had, and added this:

In a shocking revelation just posted at UK Guardian, Binyam Mohamed’s attorney Clive Stafford Smith, who is also director of the legal charity Reprieve, reports that “substantial parts” of a memo, attached to a letter to Barack Obama, documenting evidence of Mohamed’s torture at the hands of CIA agents and their extraordinary rendition proxies, were blanked out so the president could not read them. Who did that?

US defence officials are preventing Barack Obama from seeing evidence that a former British resident held in Guantánamo Bay has been tortured, the prisoner’s lawyer said last night, as campaigners and the Foreign Office prepared for the man’s release in as little as a week….

Stafford Smith tells Obama he should be aware of the “bizarre reality” of the situation. “You, as commander in chief, are being denied access to material that would help prove that crimes have been committed by US personnel. This decision is being made by the very people who you command.”

Smith’s letter to Obama can be read here (PDF).