AC Meetup: In Our Hearts & on the Ground: International Solidarity with the Democrats of Rojava

The most compelling socialist message is how we live our lives. In many places, such as the so-called “free” U.S., repression against socialists often effectively prevents us from coming out of the closet. We know each other by pseudonyms if at all. The credit to our cause for much of our efforts may be lost and actions misunderstood as advancement of one volunteer cause or another, mere do-goodism–not as revolutionary acts intended to promote change from the world neoliberal system that causes unjust conditions to begin with.

Hardly woe is me, however; in Syrian Kurdistan, our sisters and brothers die every day for the crime of living out loving egalitarian solidarity. In truth, woe is “we.” To Islamic State (IS) and its direct enablers in the governments of Turkey and oil-generating Middle East “friends of the U.S.”–making the U.S. in essence the biggest enabler of IS— stateless anarcho-socialism in Rojava is a cause worthy of rape and other torture followed by cruel death.

“We” can come to the aid of the deep democrats of Rojava or watch as our comrades are slaughtered. It is as simple as that.

“We” don’t often get second chances. But we have to be ready. Perhaps once in a great while, we can resurrect our bigger global dreams, move beyond despair to critique honestly “our” mistakes, and then do our best as species-beings. And honor the memory and example of selfless people like Tom Page. 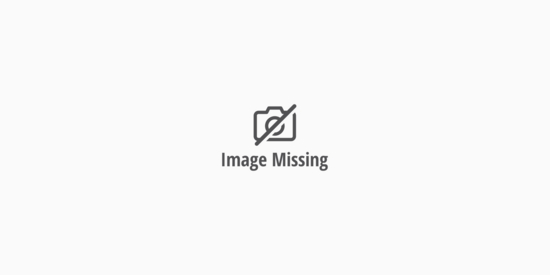 It is a sad tale, the Spanish Civil War. One of the saddest aspects is the left’s disintegration in part from harassing and even killing its own. Almost a sick joke, to the delight of the Fascists and their crypto pals around the capitalist world even to this day: recruited by Comintern, thousands of well-intentioned communists walk into a country to fight Fascists, where they find thousands of well-intentioned Trotskyites and many independent socialists like my dear Eric Arthur Blair also have walked, and a huge and highly successful homegrown anarchist experiment in Catalonia with the living spirit of socialism Blair would never forget; and they are told that they are at war not only with the Fascists but also with their leftist brothers and sisters, whom Stalin’s NKVD proceeds to attack, with the end result of a divided-and-conquered left and the fall of the Republic.

Almost eight decades later, the left has never recovered. But we can still dream, and more importantly act mindfully.

Sometimes I become inspired by a diary published in Anti-Capitalist Meetup to try to work out the practical implications. Such is the case with last week’s excellent diary by NY brit expat. At the end, she calls the hard left to take serious material action in support of Syrian Kurdistan, aka, Rojava. There brave leftist women and men are fighting and dying for stateless deep democracy against all odds–IS and the Syrian regime to the front and sides of them and the government of Turkey to the rear. But, they are not really alone. The more we learn about them, and feel our solidarity with them, the more their fight becomes ours, as we are called to defy boundaries and if necessary laws with our love in action.

The Syrian Kurds are cutoff by Turkey from their brothers and sisters who want to come to their aid. Moreover, Turkey has effectively sided with IS. How else to interpret deeds and words?–ISIS fighter in Kobanê: “Erdoğan has helped us a lot”.

[O]n Tuesday October 7, Kurds across Turkey, but especially in the country’s southeastern region, took to the streets in protest against Turkey’s role in the looming massacre of Kobanê. The size and intensity of the protests were unprecedented (at least since the violence of the 1990s), as was the reaction of the state. The opinion shared by most people I have met over the past few days is that this is the beginning of a new Kurdish uprising.

Before anything else, what has to be made absolutely clear is that the Kurds are not protesting to demand a military intervention by Turkey, as has been presented in several mainstream media outlets. Instead, the protesters – Kurds and sympathizers alike – demand an end to Turkey’s covert support for ISIS and for the border at Kobanê to be opened in order to let refugees out, and humanitarian aid and weapons in. Every single person I spoke to in Diyarbakır, Urfa, Suruç and in the villages at the border agree about one thing: ISIS could never have grown as big as it did, and conquer as much of Rojava as it has done, were it not for the material, financial and logistical support the extremists received from the Turkish state.

Before discussing practical ways to aid the Syrian Kurds, a theoretical dynamic is worth noting. As deep democrats eschewing the sound bites fed to us by capitalism, we grapple with root causes in the Middle East and everywhere, which Geminijen did well here just two weeks ago. Carrying this analysis to its logical conclusions, we grapple for ways to supercede national boundaries, which as Rosa Luxemburg observed was necessary to establish lasting justice in a material world controlled by and for capitalists. It is therefore ironic that a one-time “nationalist struggle” in part of Kurdistan would now serve as a teachable moment. The reformation of the dream for Kurdistan from a nation state to a stateless deep democracy is remarkable in and of itself. But as a symbol of the means for unifying the human species, the truth lies right in front of us: WE CAN UNITE AS PEOPLE OF THE WORLD no matter what the nation states, which are largely governmental slaves to neoliberalism, tell us. If Syrian Kurds can work to build socialist autonomy in a Middle Eastern war zone with so many obstacles, we see that we too can be part of a stateless deep democratic whole. But not if we won’t fight for it, and do so mindfully.

Part II – “!No Pasaran!” – The Abraham Lincoln Brigade and the Fight against Fascism in Spain

The story continues below the fold…

“!No Pasaran!” – The Abraham Lincoln Brigade and the Fight against Fascism in Spain, Part I

Part II of this diary will be posted on Wednesday, July 27th.

In July 1936, the Spanish Army staged a military uprising against the democratically-elected Republican government of Spain, which had been in power for less than six months. The revolt started in the Protectorate of Morocco under the leadership of General Francisco Franco and by the next day, had spread to the mainland. The rebels had badly miscalculated and not anticipated that several army units would side with the government nor expected that the working classes in towns and cities would be quickly mobilized and armed in a popular resistance against the rebellion.  In what would become a dress rehearsal for World War II, the struggle that ensued between Republican and Nationalist forces to determine the future direction of the country would rage on for the next three years.

In 1937, Bill Bailey (a son of Irish immigrants to America) wrote a letter from Spain to his mother in New Jersey.  Unbeknownst to her and defying a travel embargo imposed by his own government, he had secretly traveled to that country to become one of almost 2,800 American volunteers to eventually fight on the Republican side in a brutal war against the defenders of authoritarian conservatism