Well, that’s it.  Your Bloguero has finally decided that he’s had enough of writing weekly digests that probably don’t get read widely, so he’s going to take this weekly digest to the last roundup.   Unless unforeseen events require otherwise, this is the very last one.  It’s just like Gene Autry sang in 1933 but without the yodeling:

Be sure to wave your sombrero as your Bloguero rides off with his comic sidekick into a cactus filled digest sunset.   He’s riding that old paint to The Dream Antilles, his home sweet home on the range.  (Ironic Note to Reader: Where the antelopes play? Wiki says no antelopes are native to North America.)

(Further Note to Reader: A brief but probably necessary disclaimer.  Your Bloguero does not necessarily support the raising and/or slaughter and/or eating of cattle.  Your Bloguero, however, reserves his right to choose appropriate metaphors that might involve non-native species and/or cows and/or an excess of sentimentality.  No violence was done to any animals to produce these metaphors.)

Your Bloguero has been fulminating about the death penalty for decades.  This week, when it looked like Connecticut was finally going to join the rest of the civilized world by abolishing the death penalty, the forces of reaction won an important battle.  Connecticut Clings To Death Penalty  Barely.  skewers the tortured nonsense relied upon by two state legislators to change their promised vote for life to an ignominious vote for death.  The battle continues, one step forward, two steps back.  (Note to Reader: Your Bloguero apologizes for this cliché.  Like all clichés it fit like a glove.  Sorry.)

Estamos hasta la madre means “We’re fed up!” and is the rallying cry of the people’s democracy movement in Mexico to end the drug violence.   One of its leaders is the poet and teacher, Javier Sicilia, whose son was killed.  Sicilia’s dramatic story is in the essay.  And his incredibly important speech to the march this past Sunday in the Zocalo (Mexico City’s Central Park) is required reading.   Your Bloguero compares this movement to the democracy movements in Tunisia and Egypt.  Unfortunately, the traditional media seem unwilling or unable to make that connection, and apparently prefer to continue to report the lurid, horrific violence in the border states and to ignore the efforts of Mexicans to end the violence.

Sunday Evening Inspiration is a wonderful music video produced by Amnesty International.  Your Bloguero counsels you to turn this up, get back from the keyboard, get out of the chair, and shake it.  Your Bloguero is with Emma Goldman, “If I can’t dance, it’s not my revolucion.”

An important writer you’ve probably never heard of is Horacio Castellanos Moya.  Born in Honduras and raised in El Salvador, he is now living and writing in Pittsburgh.  “Senselessness” (Insensatez) is a short, scorching, scary novel, and one that your Bloguero highly recommends.   Sometimes The Dream Antilles actually resumes its focus as a “lit blog.”  And when it does, your Bloguero likes to inform about the Latin American writers your Bloguero enjoys so much.

Your bloguero notes that this Digest was a weekly feature.  This is the last of that series of Digests.  Your Bloguero tried to post these Digests on Saturday morning early.  He almost never succeeded in that.  And so, the series goes out as it began, posted at the wrong time.  Hasta pronto.

From last night, our after hours special feature with Jon Stewart-

Join us tomorrow for these weekly features-

One of the few things I miss about working in a convenience store is that I used to be able to read 5 or 6 newspapers a day and even take them home after I cut out the masthead.  It’s like those paperback books with the cover ripped off, the publisher doesn’t charge you for the unsold stock and since it’s too damn expensive to handle the whole thing the cover will do for the refund.  Who wants to read a coverless book anyway?

Now the Daily News is great for sports and has 3 pages of comics, but the one I really hoped wouldn’t sell out when I was addicted to dead trees was The New York Times.  Their paywall was anticipated with much trepidation and loathing but I’ve personally found it a great convenience.  I used to get nagged all the time to register, but now hardly ever because they don’t count views from blogs like this one or even aggregators like Google.

If you are having a problem I suggest you get a selective cookie deleter and search and destroy the ones containing “nyt”.  There’s also a tool called NYTClean that I’m told works except I’ve never had to use it.

All of which is an introduction to this roundup of the not so Gray Lady’s coverage of the Rajaratnam verdict that I actually did pick up from the front page of their International Herald Tribune subsidiary.

So if I start getting nasty messages I’m going to blame you, dear reader.  It’s one of the sacrifices I make for blogging.

It is sometimes said insider trading is a victimless crime. It is not. Was it good for Goldman Sachs’s reputation to have wiretaps played in court of a director leaking confidential information to Mr. Rajaratnam? Or for Intel, I.B.M., McKinsey or other companies to have illegal inside tips about them passed to him and his cronies?

More fundamentally, everyone affected by markets distorted by such illicit trading is a victim. The prosecution of Mr. Rajaratnam was a test of whether this kind of fraud is still offensive to an American jury.

The crimes he was tried for began in 2003 and ended in 2009, a period when markets were out of control. Had he been acquitted, Americans might have concluded that it was O.K. for an insider to play the markets as dishonestly as he did because they are basically rigged.

By PETER LATTMAN and AZAM AHMED, The New York Times

In many respects, Mr. Rajaratnam was no different from the thousands of Wall Street stock pickers who diligently network with corporate executives and industry experts to gain an investment edge. But Mr. Rajaratnam, a 53-year-old Sri Lankan native, sought out information that was confidential, beyond the reach of research, and illegally traded on it, a jury in Federal District Court in Manhattan found on Wednesday, convicting him on all 14 counts of securities fraud and conspiracy.

Next Up, a Crackdown on Outside-Expert Firms

Federal authorities have tried to quell the anxiety by drawing a distinction between the legitimate players and the bad actors. In March, Preet S. Bharara, the United States attorney in Manhattan, said that there was “nothing inherently wrong or bad about hedge funds or expert networking firms or aggressive market research, for that matter.”

Such statements have provided little reassurance. Many financial firms that are still using expert networks have moved their business to the largest outfits with the most established compliance practices

“If this little industry is to survive, it’s going to have to glow with virtue, which means a lot of self-regulation,” said Robert Weisberg, a professor of criminal law at Stanford.

Also there are these two handy charts-

ISLAMABAD, Pakistan – Despite mounting pressure from the United States since the American raid that killed Osama bin Laden, Pakistan’s army chief, Gen. Ashfaq Parvez Kayani, seems unlikely to respond to American demands to root out other militant leaders, according to people who have met with him in the last 10 days.

While the general does not want to abandon the alliance completely, he is more likely to pursue a strategy of decreasing Pakistan’s reliance on the United States, and continuing to offer just enough cooperation to keep the billions of dollars in American aid flowing, said a confidant of the general who has spoken with him recently.

Such a response is certain to test American officials, who are more mistrustful of Pakistan than ever. 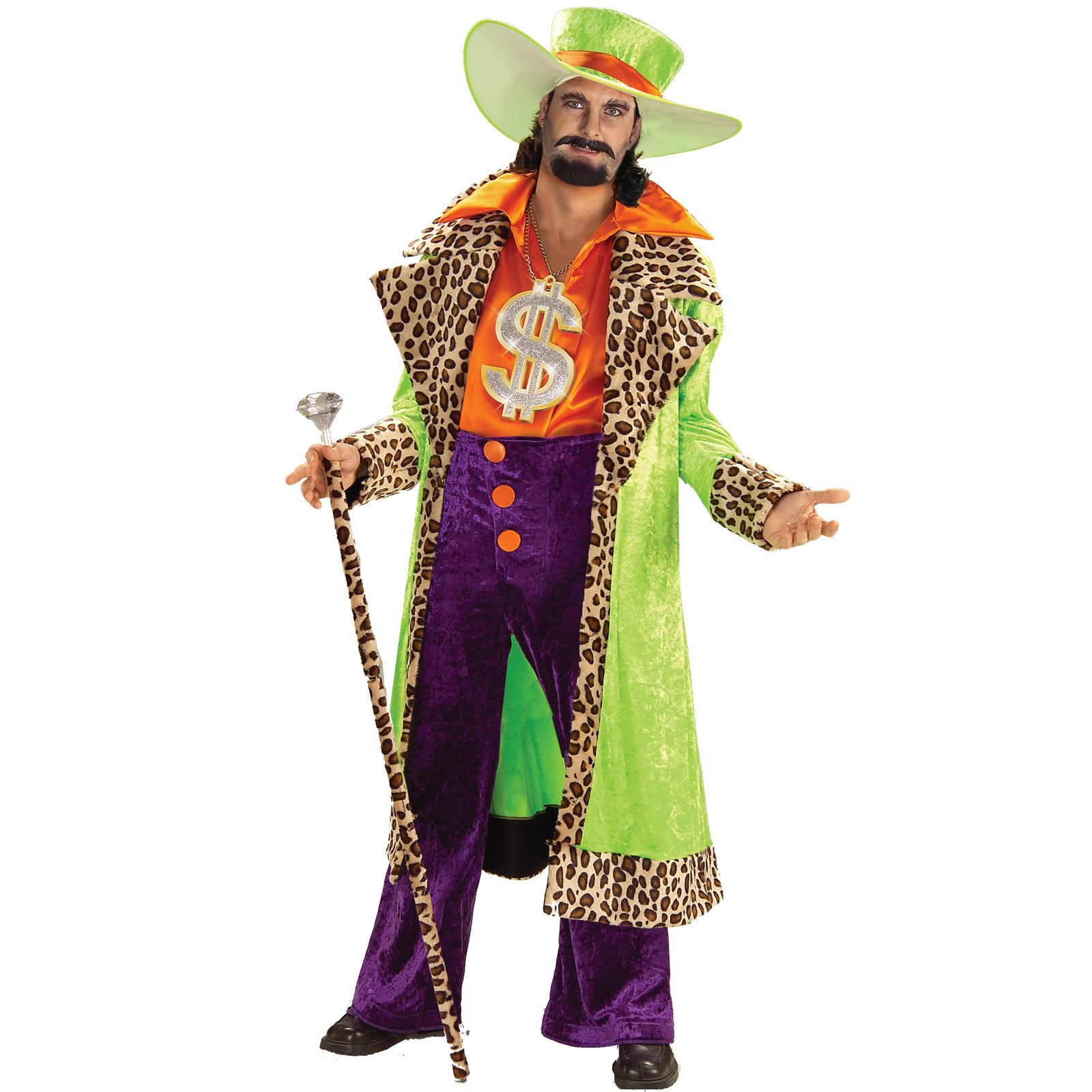 Where in the fandangled world is Edger?

Has there been a kidnapping?

I think that this Tweet from Greenwald’s summed up the reaction to this news:

Meredith Attwell Baker, one of the two Republican Commissioners at the Federal Communications Commission, plans to step down-and right into a top lobbying job at Comcast-NBC.

The news, reported this afternoon by the Wall Street Journal, The Hill, and Politico, comes after the hugely controversial merger of Comcast and NBC earlier this year. At the time, Baker objected to FCC attempts to impose conditions on the deal and argued that the “complex and significant transaction” could “bring exciting benefits to consumers that outweigh potential harms.”

Four months after approving the massive transaction, Attwell Baker will take a top DC lobbying job for the new Comcast-NBC entity, according to reports.

Meredith Attwell Baker will join Comcast as Senior Vice President of Government Affairs, NBCUniversal.  Ms. Baker currently serves as a member of the Federal Communications Commission.  Her current term at the Commission expires at the end of June 2011.

Kyle McSlarrow, President of Comcast/NBCUniversal for Washington, DC, said, “Commissioner Baker is one of the nation’s leading authorities on communications policy and we’re thrilled she’s agreed to head the government relations operations for NBCUniversal.  Meredith’s executive branch and business experience along with her exceptional relationships in Washington bring Comcast and NBCUniversal the perfect combination of skills.”

“I’ve been privileged to serve in government for the past seven years under President Obama at the FCC and President Bush at NTIA, I’m excited to embark on a new phase of my career with Comcast and NBCUniversal,” said Ms. Baker.

Ms. Baker, a Republican, was appointed to the FCC by President Obama in June of 2009. I guess he couldn’t find a Democrat. Mission accomplished

Arundhati Roy: “I deploy my writing from the heart of the crowd.” The magazine Guernica recently posted an interview with the great Indian writer and activist Arundhati Roy.


What is it about Roy that so irks the Indian middle-class and elite? Is it the fact that she has no truck with the sober, scholarly, Brahmanical discourse of the respectable middle-of-the-road protectors of the status-quo?

A bit melodramatically, I asked, “Are you lonely?”

“If I were lonely, I’d be doing something else. But I’m not. I deploy my writing from the heart of the crowd.”

My first piece of writing was when I was five… I still have those notebooks. Miss Mitten, a terrifying Australian missionary, was my teacher. She would tell me on a daily basis that she could see Satan in my eyes.

I could hardly believe what I was reading. The Supreme Court judgment that said that though it didn’t have proof that Afzal was a member of a terrorist group, and the evidence against him was only circumstantial, it was sentencing him to death to “satisfy the collective conscience of society.”

A good selection of writing by Arundhati Roy is visible online at http://www.chitram.org/mallu/a…