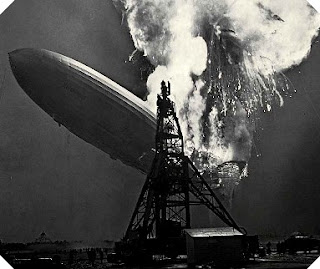 Mission accomplished! Up, up and away in my beautiful balloon….the bubble economy has been reflated and it’s oh so glorious to be an American. Matt Taibbi’s Bubble Number Five – The Bailout Bubble as expressed in his brilliant The Great Bubble American Machine is now well on the way to reaching critical mass. Oh come all ye suckers, joyful and triumphant the casino is open again….time to drive up those depleted 401k’s, fine whatever credit cards haven’t been maxed out and spend….spend….spend….

The tide has turned for the Wall Street pigs and criminal looters, they have now successfully not only pulled off the largest heist in history but have amazingly made all of the misery disappear like magic…or more appropriately the Iraq misadventure. The surging stock markets are finally reaching escape velocity courtesy of a relentless and withering disinformation campaign begun back in March by Citi’s Vikram ‘the bandit’ Pandit’s slyly ‘leaked’ internal memo, Helicopter Ben Bernanke’s ludicrous bumper sticker slogan Green Shoots, a rigged and phony series of bank stress tests and the quiet changing of accounting rules when it came to mark to market so that the looters and moochers could carry all of that worthless mortgage backed paper on their balance sheets at full value. Like Greg Palast so aptly put it, the best democracy money can buy and if you are a finance oligarch or a four-flushing state backed gambling house like Goldman Sachs then that democracy is yours for chump change and millions of jobless saps are nothing more than collateral damage. That is what it really comes down to, whether you are sitting in an air-conditioned unmanned drone control center or a Wall Street ivory tower of avarice, your ass is safe, you are a made man and the fucker to millions of fuckees (translated: the American Sheeple). I got a kick out of the drug-addicted, child-fucking, thrice-divorced champion of values who has talent on loan from God yet can’t get an erection without Big Pharma when he recently remarked that “I had a dream that I was a slave building a sphinx in a desert that looked like Obama”. Well I have a similar dream only the sphinx has the head of Lloyd Blankfein.

I happened to catch a recent episode of HBO’s Real Time With Bill Maher and the host (a colossal turd of a left gatekeeper) upbraided guest Taibbi for picking on poor Goldman Sachs because after wall, we just couldn’t let them fail could we? If we didn’t write a blank check for the pigfucker’s orgy then it would have been unthinkable wouldn’t it. That is a perfect reason why I don’t like Maher, he is nothing but a guardian of the existing system although he gets to rail against it in a controlled environment. Notice that the panel always includes at least one virulent right-wing swine, the two things that did it for me (at least the main two) was when Maher called for the studio police to beat up a few 9/11 Truth Movement activists (not to be confused with the dipshit Birthers no matter what conflation tactics that the MSM uses) who had infiltrated his audience and the other was the sucking of air out of same studio when the more than half-crazed (and occasionally right) ‘former’ CIA analyst Michael Scheuer made Maher’s asshole pucker by flat out saying that the support of rogue state Israel was not worth one American life or American dollar – I would post the video but it’s been scrubbed from You Tube.So Maher likes balling porn ‘actresses’ and being a Southern California bigshot so he sure isn’t going to fail to have the establishment’s back. That’s my point, any of these folks who are on corporate television are suspect and that includes the hallowed Olbermann and Maddow on the Military Industrial Complex Network.

Now that the White House whores of Wall Street have succeeded in robbing the country blind and selling the unborn into debt bondage they are doing as usual when they don’t need that big gubmint socialism to cover their failing bets, back last fall when the whole house of cards was teetering and a good shitstorm was on the way they begged, cajoled, whined and even had Emperor Bush threaten martial law to get their filthy TARP passed. With the bailout bubble now filling they are reverting to their standard GET FUCKED MODE. The banks are not lending and no matter how many Cash For Clunkers programs that the corrupted beyond redemption U.S. gov’t and the degenerates in the Senate can conjure up it does jack shit for the true victims of the looting spree. I happen to live in central Florida (the diseased penis of America) and the only thing multiplying more than FOR LEASE and OUT OF BUSINESS signs are the hordes of the homeless. In fact it has gotten so bad that mayoral candidates for St. Pete are incorporating a bit of demagoguery against the homeless into their standard stump speeches. The presence of the displaced and destitute you see has become a local problem and the greed crazed shitheads who run this haven for sleazy real estate developers are already apoplectic over the vacancy rates in all of those wonderful apartment conversions and condos built on former trailer parks that the blood suckers chased the elderly off of when what passes for conventional wisdom on the great American lemming farm back when the average schmuck still had dreams of being the next Donald Trump.

The homeless and the vacant properties along with the ghost malls (mainly abandoned strip malls here) are a very visible and ugly sign that despite what the highly paid pigs in the media slop sluices would have you believe that CAPITALISM HAS FAILED. They can continue to keep up the illusion transmitted through the electronic crackpipe 24/7 by jackasses like Jim Cramer and his ilk but when you remove the race-baiting, the Obama birth certificate folderol and the ongoing Michael Jackson corpse fucking the peasants are more fucked than ever in the land of plenty. The fixers know it too, check this out about Wall Street lackey Timothy Geithner’s nasty, obscenity laced meltdown the other day and the Great Satan (Goldman Sachs) has put out the word that employees should not make any big purchases with those bonuses so as to not draw sufficient attention from the idiot public that they are once again being fucked by the big boys and incited to attack each other over bullshit. Despite the glittering façade of the new gold dream we all know too well what lies behind the curtain in the Potemkin Village of Murka.

I posted a Max Keiser video the other day in which he interviewed Dmitry Orlov who has done some amazing work on the similarities between the economic collapse of the former Soviet Union and the coming cratering of the good ole US of A. I would strongly suggest that readers take a good look at the following by Orlov and to glean whatever survival tips possible before the next bubble bursts and the entire shittin’ shebang goes down once and for all. BTW – the pigs who have caused this will already be gone and living in their gated villas and mansions abroad and protected by branches of the same private security/mercenary firms that will be charged with putting down revolts here.

Post Soviet Lessons for a Post American Century by Dmitri Orlov (Pt. 1, Pt. 2, Pt. 3) an audio reading is available from the fine radio program Unwelcome Guests – it is show #285 so go and download it and pass it around.

Closing the ‘Collapse Gap’: the USSR was better prepared for collapse than the US by Dmitry Orlov.

Getting Prepared For The Great Collapse by Dmitry Orlov.

Just my two cents over the morning cup o’ joe