This Is Where the Banks Are Taking Us

We can’t believe it has been five years that the US has been in iraq. The war and occupation has lasted longer than WW II and there is no end in sight. The people of the Twin Cities showed their displeasure by taking to the streets. Nearly 2000 persons protested and their unique signs and mostly solemn faces tell the whole story. Not surprisingly, I didn’t see any signs declaring that war is romantic, which is what George W. Bush said the other day. Instead, I saw signs that were critical of torture, killing of innocent civilians, and crony capitalism. Those are the kinds of things that Barack Obama’s preacher was complaining about; that doesn’t sound like the rhetoric of a crazy uncle to me. He sounds like a man of the cloth.

Organizers of the rally included Women Against Military Madness, Military Families Speak Out, YAWR, The Anti-War Committee, and Veterans for Peace, to name a few. A lot of members of the First Universalist Church of Minneapolis participated and they were easily recognized by their blue hats. The protest began at Lake and Lyndale Ave with members of Youth Against War and Racism (YAWR) meeting at a US Army recruiting center. Afterwards, YAWR joined the main group at Lake and Hennepin and the everyone walked from there to Loring Park. The entire protest was held in Minneapolis, Minnesota.

ps. Is Feingold single? Someone in Minneapolis wants to know (see image on my blog along with other rally photos not shown here).

Images below the fold- ek hornbeck

More images at CircleVision.org (not mine) 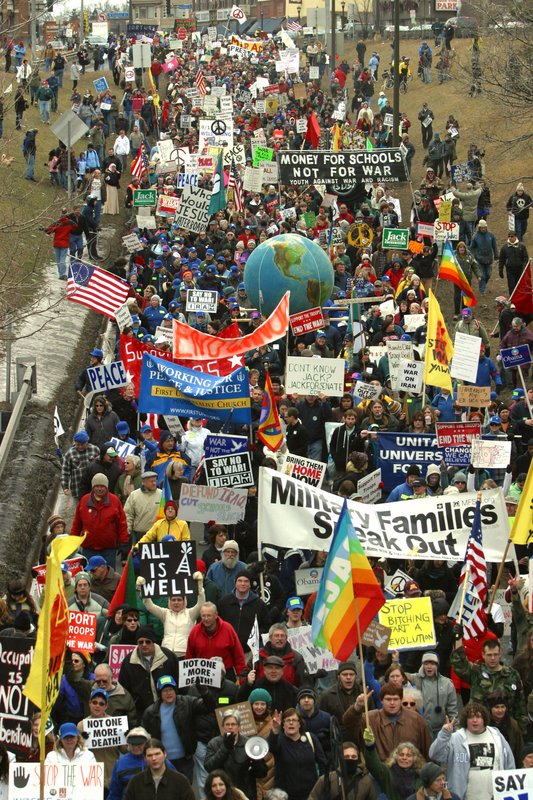 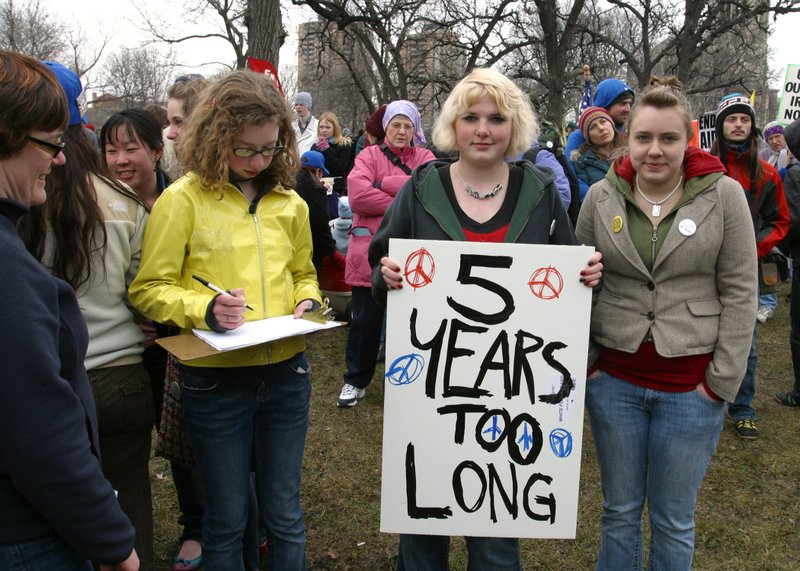 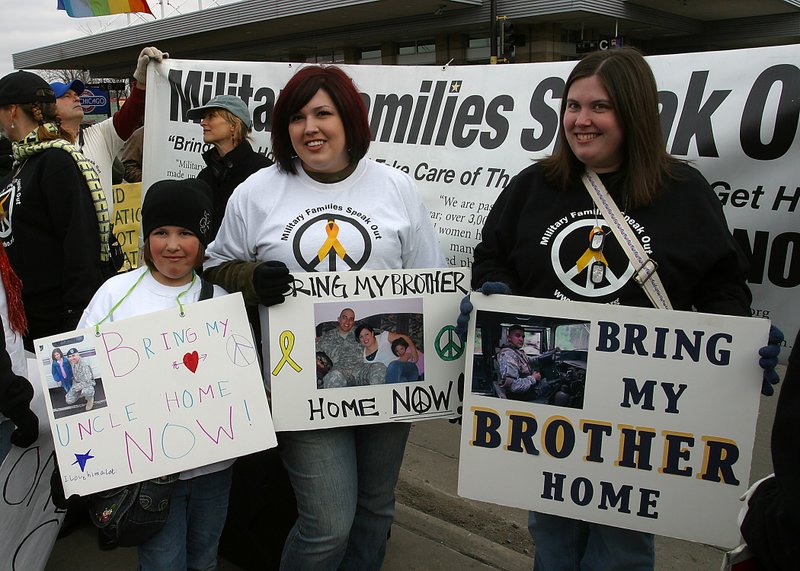 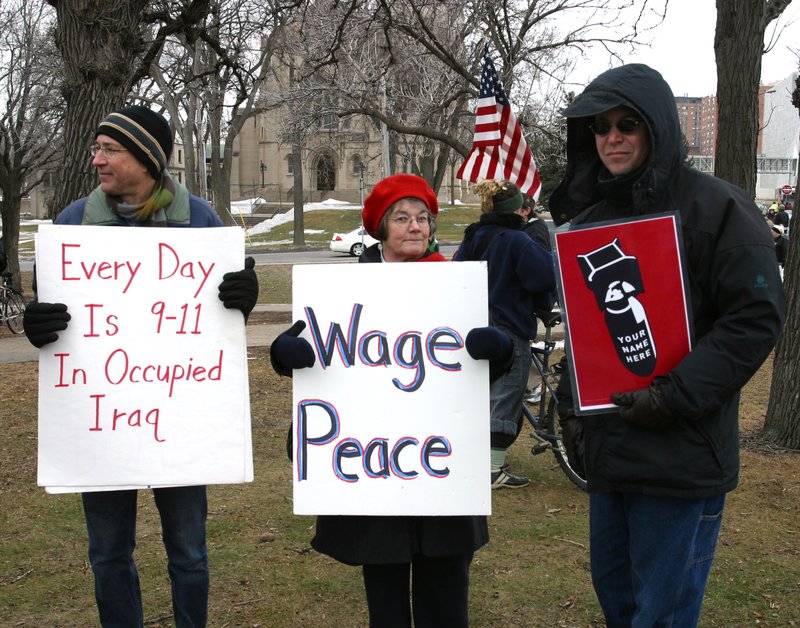 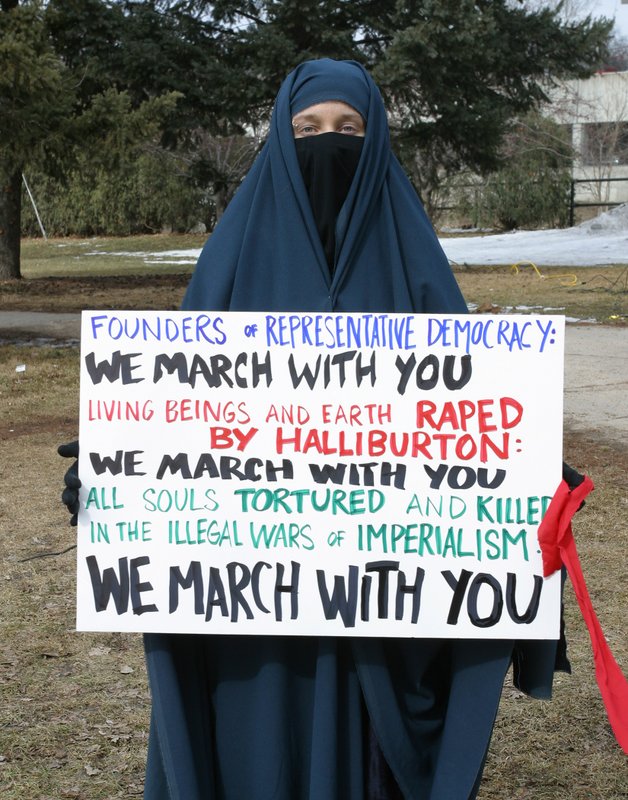 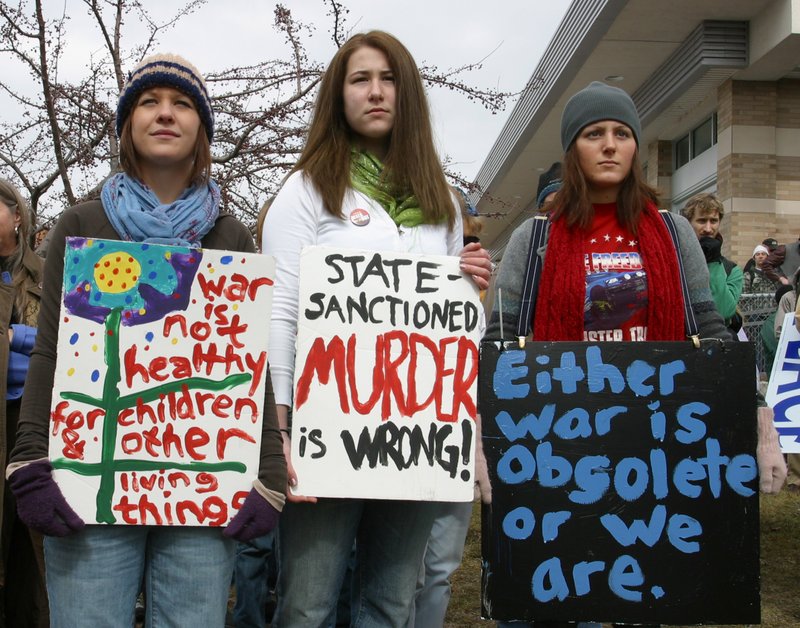 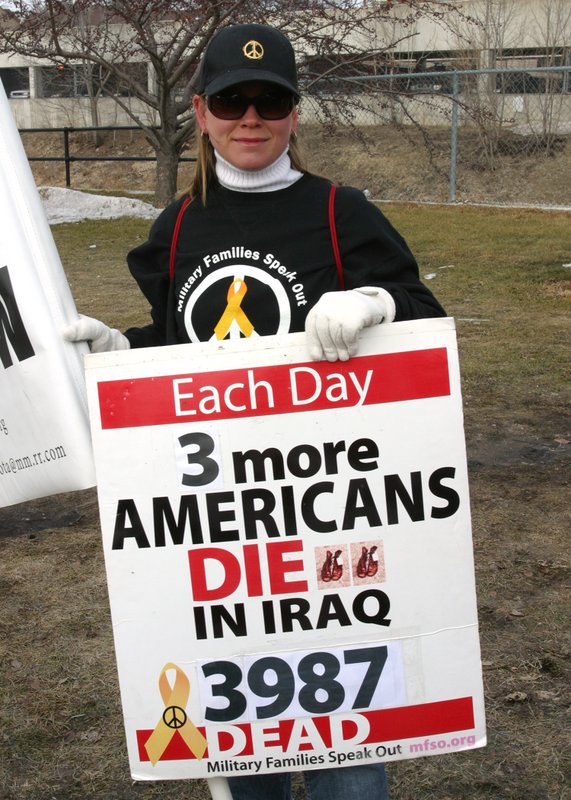 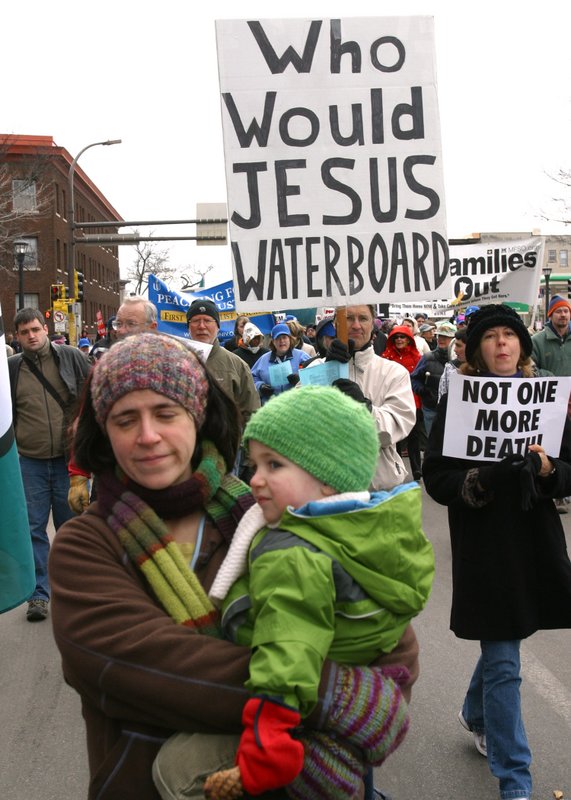 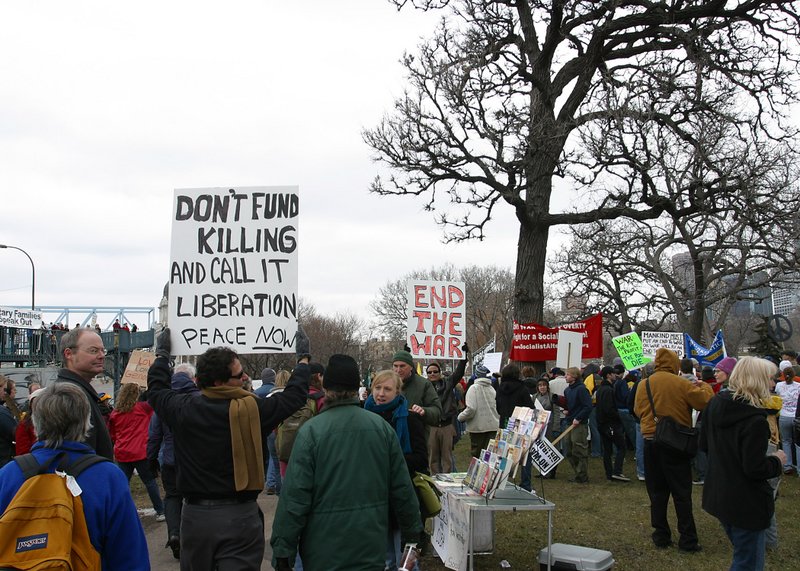 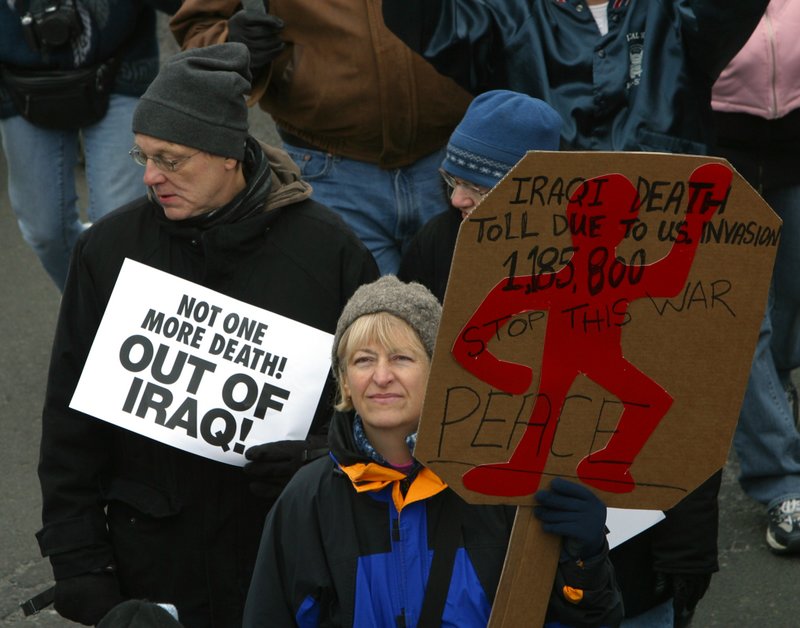 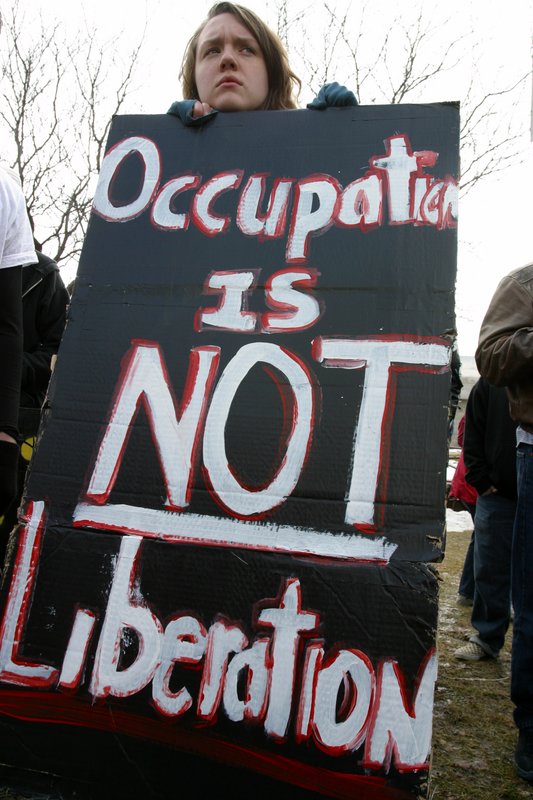 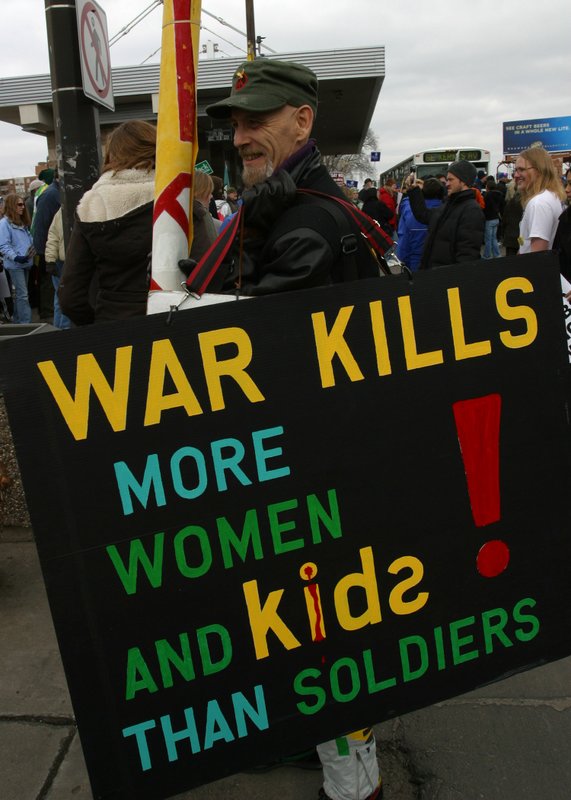 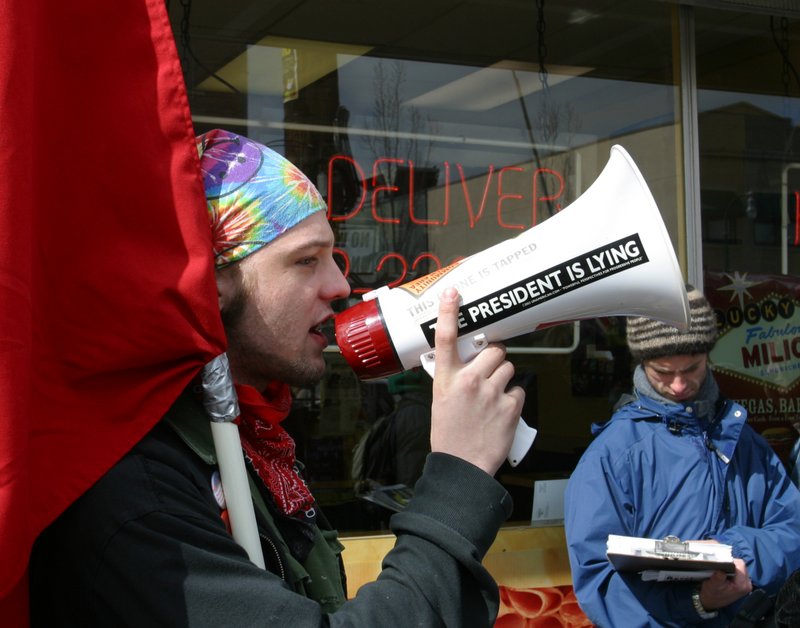 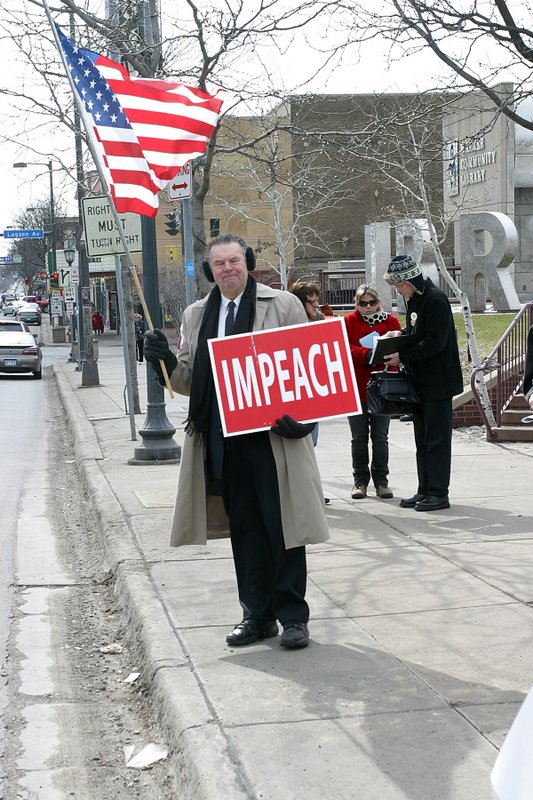 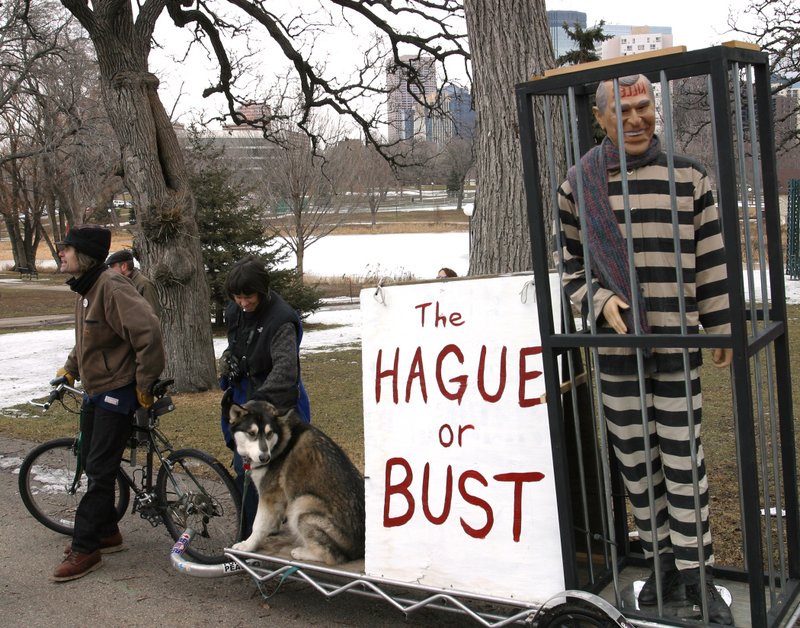