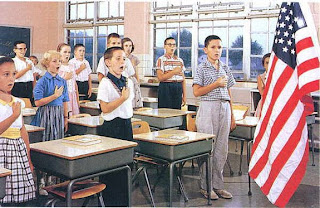 “Latin America’s Document-Driven Revolutions” is an interesting article at the Washington Post – interesting because of the subject and because of how ripe it is with pro-American imperialism propaganda with no sense of irony.

From the introductory paragraph:

Once a product of armed rebellion, the revolution in Latin America today is taking place on paper in the form of new constitutions, a mostly peaceful process influenced by the work of European legal scholars who have played a behind-the-scenes role in drafting the populist documents.

The U.S. has long meddled in Latin America and has backed those violent means of change. While Europeans have opted to contribute to a more peaceful path. Of course, Europe has a violent history in Latin America too… it goes back a bit father than the Monroe Doctrine.