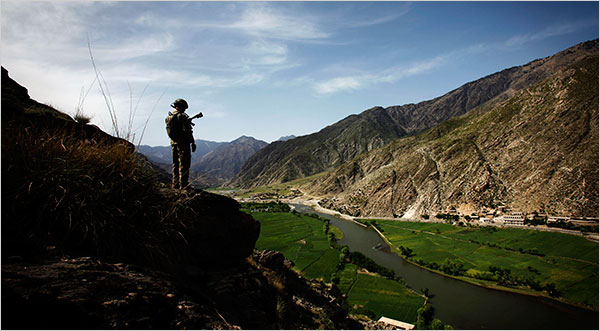 And a fight not worth fighting.  The NYT reports that 42 Americans died there, and many more Afghan soldiers, and one would imagine, even more local people (but they don’t bother to even mention that).  Why were Americans there?

“Occasionally a Taliban or Al Qaeda member was transiting through that location, but the Korangalis were by no means part of the insurgency,” he said. “Unfortunately, now they are because they were willing to accept any help to get us out.”

So, if not Taliban or Al Qaeda, then who are these people we were killing?