The Democratic Party holds the majority in the Senate, but increasing forgets why it exists, as it continues to enact the disaster capitalism scenario of a major party which screws over it constituents.

Today (Wed) the Senate voted against extending expired unemployment benefits, with 11 useless Democrats voting with the Republicans to increase human misery.   Oh, and Plantation Blanche Lincoln of Arkansas, who just squeaked by in a Democratic primary because of her No Public Option health care stance ?   She couldn’t be bothered to vote at all.  http://www.senate.gov/legislat…      Senate Vote #190 motion to agree with House amend. to Senate amend.  American Workers, State, and Business Relief Act of 2010

At least people like Senator “He’s with us on everything but the war” Lieberman don’t pretend anymore.  He was a NO.  So were:

The Senate broke early, this past Thursday,  for their 11 day long vacation, kicked off with the Memorial Day Holiday upcoming on Monday.   They aren’t coming back into session until June 7 th.   They can’t “do” anything because of their arse kissing fillibuster rules until June 11th, 15 days after that.

HuffPo.  You need to read the entire story, but here’s a taste:

On June 1, several programs, including extended unemployment benefits, will expire. By the end of the week, 19,400 people will prematurely stop receiving checks, according to data from the Department of Labor. How long will it take the Senate to finish the bill? With Republicans promising to stand in the way, leadership will need to file at least one time-consuming “cloture” motion to break the filibuster and to set up a vote by the end of the week in the best-case scenario. By the end of the following week, the number of premature unemployment exhaustions will climb to 323,400. The week after that, 903,000. By the end of the month, 1.2 million.

It will be the third time this year that lawmakers have allowed extended unemployment benefits to lapse, and the second time they’ve decided to leave town for recess fully knowing the lapse would cause panic and confusion among blameless layoff victims — not to mention what Katz calls a “huge” administrative burden on state workforce agencies.

But this is the first time the Democratic Party can’t even half-plausibly blame the Republicans for the lapse. “This isn’t being done because of Republicans, believe me.  This is done because there’s a group of us, we don’t have a majority, but they listen,” said Rep. Dutch Ruppersburger (D-Md.), who fought to shrink the size of the bill. “I think it’s really symbolic. We have a very diverse party and the party has come together… This is a real victory for the moderates and the Blue Dogs and the freshmen, that our party leadership is working with us to let this happen.”

The difference between the Blue Dogs and the Progressive Caucus, as I have repeatedly pointed out, is that the Blue Dog contingent is already a sell out to the established domestic energy, pharma, and tobacco industries, from which it takes donations, and said industries also are the financial backers of the Tea Party movement, which is the Republican Party’s astroturf for non thinking, feel good libertarian type older voters already on government benefits.

The House sucked up to the Blue Dog contingent to get their version ready for the Senate, and the Senate, as usual, skeedadled out the door, without taking any action on it,  laughing at them again.   The House also just left the entire month of December 2010 out of the bill, so the budget “deficit hawks” in the flyover states, like Sen. Kent Conrad  (D, ND, Middle East Warmonger, Domestic Budget “hawk”) can look at it again.


“It’s so hard to know what the economic conditions will be at that point,” he said.

They are cutting the unemployed COBRA’s benefits, too.  Any person laid off after this Monday, May the 31st, will not be able to get COBRA subsidies to continue to purchase health insurance.  Welcome to the open market and the Emergency Room, folks !

One Helluva’ an Idea! 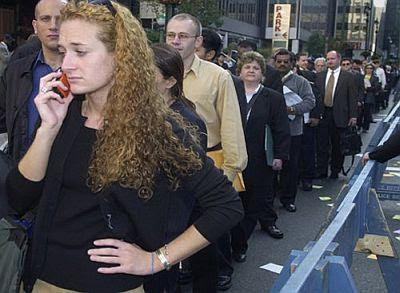