We win a big one 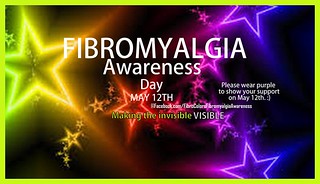 Fibromyalgia is a largely misunderstood disease that afflicts anywhere from 2-6% of our population (depending on source), primarily women but there have been concerns that the gender disparity may be that men tend to under report pain and fatigue. As a result, this could have a significant impact on your quality of life as well as finding it hard to complete daily activities. If people knew about the wide variety of glass pipes that are available to them, they may be persuaded to try medical marijuana to help relieve some of the painful symptoms and their fatigue. You shouldn’t live your life in pain and struggle.

This is the best description I have found of Fibromyalgia (though there are many good ones).

Fibromyalgia (fye-bro-my-AL-gee-ah) is an arthritis-related condition that is characterized by generalized muscular pain and fatigue. The term “fibromyalgia” means pain in the muscles, ligaments and tendons. This condition is referred to as a “syndrome” because it’s a set of signs and symptoms that occur together.

Fibromyalgia is especially confusing and often misunderstood condition. Because its symptoms are quite common and laboratory tests are generally normal, people with fibromyalgia were once told that their condition was “all in their head.” However, medical studies have proven that fibromyalgia does indeed exist, and it is estimated to affect about 2 percent of the U.S. population today.

Fibromyalgia is a tough disease to have, not only from the pain and fatigue, but from the stigma of it; it’s very hard for friends and loved ones to understand that sometimes, you just can’t do whatever it is you are trying to do. This is further aggravated by the fact that there is no cure. Of course, there are various treatments for the condition that can ease some frustrating symptoms. For example, you can use CBD oil if where you live it is legal; for example, you can buy cbd oil sarasota based as it is legal in Florida. This can drastically reduce painful symptoms, as well as help you get a good night’s sleep without interruptions.

I know this from personal experience; I have Fibromyalgia, and I spent 3 and a half years of having it before diagnosis. I was a shell of a person by the time I was diagnosed.

My first inkling that anything was wrong was shortly before I was 25 years old and I would wake up in the middle of the night with shooting pains in my legs. It wasn’t every night, but it was often; nothing helped it – not Advil, nor Aleve, nor Tylenol – so I just suffered with it… After a few months it just went away on its own.

Gradually though, my body was slowly going kinda haywire. I was fatigued a lot more than a normal person; I could sleep for 16 hours and wake up feeling like I hadn’t slept at all. I started having to cancel plans a lot because I just couldn’t physically make it. It was that kind of exhaustion. I lost a couple of friends that way.

Progressively, I would have dull aches and pains all the time that would be migratory. My shoulders could not be massaged – it was too painful, even for a back rub… My then fiance (now my ex hub) used to giggle at me getting out of bed in the mornings; my feet were so stiff and painful that I would put one down and then the other and raise one and shake it then do it to the other one – he called it my chicken dance.

Meanwhile I was missing more and more work and well, suffice to say, they weren’t all that happy about it. But they were flexible enough that as I went for a battery of tests to figure out what was wrong with me, they did let me work from home a couple days a week.

And boy did I go in for tests. I had every little symptom tested for. Some of the tests I went through were an ECG, and IVP (Liver), exploratory bladder, an upper GI xray, myriad blood tests, I also had TMJ, I saw a Psychiatrist just in case that it was simply depression (I have never been diagnosed with it), an MRI on my neck and hips/legs. I just wanted to know what the hell was wrong with me. While all of my friends were functioning just fine in their 20s, I felt like I was 70 years old.

Finally, the orthopedic doctor suggested a rheumatologist to see if I had Fibromyalgia, which I had never heard of. Though it sounded pretend to me too, I was so desperate I went to one. Sure enough, after running a few small tests to rule out other things that mimic FM (thyroid, etc…) I was diagnosed.

By this time I was 28 years old and had been living in hell for 3 years of wondering what was wrong with me. That’s a lot of tears and suffering. And my now ex hub – he’s a good egg, cuz he was there with me through the whole thing, and God knows he coulda left me then and no one woulda blamed him, not even me. It’s very hard for family members and friends to understand, you look just fine, but you feel just absolutely crappy. My father and sister – healthy, “normal” people – had a hard time understanding it for a very long time, but they have come to understand it a lot better now.

Even after diagnosis, it’s been rough, especially at first. People with FM are their own best advocates. I became a pseudo expert in FM – what was known, what was suspected, current research, new ways of treatment, etc… It took me a good 3 to 4 years to really feel somewhat normal again. I won’t ever feel completely normal; I do have to pace myself and watch my sleep and take my meds. And the pain, well, I’m always in a certain amount of pain, but that you just get used to – I can’t explain it – it’s forgettable as long as no one is pushing on the painful area.

A thought on meds. There are many different meds that can be prescribed for Fibromyalgia; the first few months of treatment include trying to figure out what combination works the best for you. Now, for me, the thought of taking pills every day of my life is not something I ever wanted to do. But by the point I was diagnosed I was ready to try anything, so I did. It took my doc and I about 3 years to hit the jackpot on a combo that works well with my body. And I’ve been on those (almost) ever since. There was a 2 year period where I had no insurance, so I was without them; I tried homeopathic and OTC stuff and the effect was minimal, but at least better than with nothing. That said, I am at my peak performance (*my* peak, not normal peak) when I am on all 3 of my meds.*****

*****Update: I wrote the above a few years ago. Since then, I experienced a 5 year period where I did not have health insurance, and so I did a lot more experimenting with OTC meds and found a combo that works pretty well for me – almost as well as the prescription combo I used to take. As my income is limited, I intend to stay on my new combo as long as it keeps working for me.

Now for the outlook stuff… The good news… Since I have been treated successfully, I have very few “bad” flares anymore, and I am again the active person I was before I had it. Granted, I have to pace myself – skiing all day, every day, seven days on end is probably not gonna be something I can do, but most anything else… I know my physical boundaries – what is too much for me – and I respect them. I have learned to listen to my body, so I can tell when a “bad” time might be approaching and therefore can head it off at the pass or at the very least minimize what I must do during that time… And I can do a lot of physical activity: I camp and hike, I ski (downhill and water), I dive (even sky-dive!), I run, I dance, I can canvass in -10 degree weather, you name it! Life is once again good for me…

So, here are the links that I find helpful, not only in describing a bit about Fibromyalgia, but also in the amount of information and support that they provide. I will start with my favorite one first.

The Arthritis Foundation Info on Fibromyalgia

All of these sites have not only information for those with Fibromyalgia, but also for those who think they may have it, as well as the family members of those with it. And there are a lot of support groups out there.

So if you have Fibromyalgia, I stand in solidarity with you on our day. If you suspect you or a family member may have it, godspeed and recovery to you. If you don’t have it, find someone to hug or listen to that does. Today, May 12th, is Fibromyalgia Awareness Day.