From the Lions’ Den 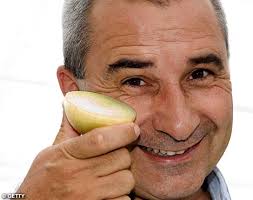 If you don’t have time for both, the second one – the post show interview – is the one you want to hear…