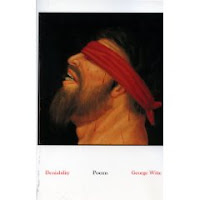 All Vote Against The Stimulus Package

Fed warns of deepening slump, may move on mortgage rates

A battle before a battle

WASHINGTON – Without a single Republican vote, President Obama won House approval on Wednesday for an $819 billion economic recovery plan as Congressional Democrats sought to temper their own differences over the enormous package of tax cuts and spending.

As a piece of legislation, the two-year package is among the biggest in history, reflecting a broad view in Congress that urgent fiscal help is needed for an economy in crisis, at a time when the Federal Reserve has already cut interest rates almost to zero.

But the size and substance of the stimulus package remain in dispute, as House Republicans argued that it tilted heavily toward new spending instead of tax cuts.

In China, a Grass-Roots Rebellion

SHANGHAI — When Tang Xiaozhao first saw a copy of the pro-democracy petition in her e-mail inbox, she silently acknowledged she agreed with everything in it but didn’t want to get involved.

Tang, a pigtailed, 30-something cosmetology major, had never considered herself the activist type. Like many other Chinese citizens, she kept a blog where she wrote about current events and her life, but she wasn’t political.

A few days later, however, Tang surprised herself. She logged on to her computer and signed the document by sending her full name, location and occupation to a special e-mail address.

Peanut Corp. recalls all products back to 2007

Salmonella was found at least 12 times in products made at the Ga. plant

Food and Drug Administration officials called for a recall of all products containing peanut butter, peanut paste and peanut oil manufactured since Jan. 1, 2007 at the Blakely, Ga., processing center operated by Peanut Corp. of America.

That could vastly increase the number of recalled food and other products in the nation’s consumer supply.

Additional strains of salmonella also have been detected at the plant, although federal officials emphasized they have confirmed no illnesses beyond those associated with the current Salmonella Typhimurium outbreak.

Pony Party is an Open Thread.  Please not to REC the party.  But please to ADD your own favorite clips or to speak up in the Comments.  Thank you.

On September 7, 2006, Deputy Assistant Secretary of Defense for Detainee Affairs Cully Stimson and Army Deputy Chief of Staff for Intelligence (G-2) Lt. Gen. John Kimmons showed up at a State Department foreign press briefing on the then-new DoD Directive 2310.10E (on its detainee program) and the also then brand-new Army Field Manual on interrogations (see note at end of post re links). Only the day before, Kimmons and Stimson had held a news briefing for U.S. reporters at the Department of Defense on the same subjects, which I covered in a recent article at AlterNet.

While few bloggers paid attention to the September 6 DoD briefing (except one noted reporter, as I’ll note later), most likely that was because President Bush had one of his infrequent news conferences the same day, and this one was a blockbuster. Bush acknowledged the existence of a secret CIA prison network. He also announced he was ordering the transfer of Khalid Sheikh Mohammed and 13 other “high-value detainees” to Guantánamo Bay to be put on trial.

I’ve been working on the project Petition for a Special Prosecutor which for me has entailed writing a lot about justice, the intersection of justice and politics and justice and the practice of law.

Of course, due to the excellent work of blogger Valtin, the profession of psychology has also come under scrutiny, as the American Psychological Association did not protest when some of their members validated torture by participating in it at Gitmo and elsewhere.

The profession of law has been soiled by the work of folks like John Yoo, yet he has not been disbarred and I haven’t heard any official protest by the American Bar Association when it comes to lawyers writing legal papers justifying torture.

Ethics.  It is to laugh.

Our noble professions.  Doctor.  Lawyer.  Journalist.  All professions with ethical codes of conduct and a certain level of social privilege conferred upon their practitioners.

Oh, and let’s not forget accountants, shall we?  They have principles to adhere to as well.  I think they didn’t do a good job when it came to oh, say, Enron.  Just to name one example.

Here’s something about the code of conduct for lawyers in New York State (all emphasis mine):

The Code of Professional Responsibility consists of three separate but interrelated parts: Canons, Ethical Considerations, and Disciplinary Rules. The Code is designed to be both an inspirational guide to the members of the profession and a basis for disciplinary action when the conduct of a lawyer falls below the required minimum standards stated in the Disciplinary Rules.

What is our role in an Obama administration? If some diarists criticize or question Obama, some commenters will urge we remain silent and give Obama some breathing space because he is a very intelligent man.

However, that is NOT what President Obama wants from us. Quite the contrary, President Obama has stated repeatedly that he wants bottom-up politics to effect the real changes needed on issues facing our country. Having Obama in the WH is not enough, he needs our help to implement a progressive agenda that will not be greeted with open arms in Congress.

In order to determine how we can implement bottom-up politics, I checked out Obama’s community organizer background to look for some guiding principles. Some kossacks may be surprised to learn that President Obama is relying upon us to organize on issues with groups across the aisle where no core principles are removed from the table so that we can bring pressure on him and DC to take the right actions. In other words, he wants us to object when we disagree and he will listen.

And that the central hub

In this very central issue of the very nature of our society.

Does morality drive/dictate the law?

If not, what does?

Does morality drive/dictate the law?

When you use the law to argue against doing the moral thing, or if you argue on the basis win/lose politically….you are then arguing against morality.

Why would you argue against morality?

It is a question of morality. A deep deep one. It is not business as usual and addressing it as such does not do it or us a service.

Everyone who is paying attention knows crimes were committed, crimes which were also immoral, so what is stopping us from remedying that?

Whether we win or lose, we have to morally address that.

Born With a Snake in Both of His Fists

Stole the White House twice by the light of the moon,

If there is any doubt as to how this financial mess came to be, there is no shortage of stories of folks who saw and/or knew of significant fraud but were unable to do much about it.

Why don’t we just forget about prosecution of Bush, Cheney, et al, let them ride off into the fading sunset off the hook having tortured and killed their way to a nice comfortable retirement as long as they just go away, and instead just change things so there is no more torture and war crimes being committed by the President in future?

That is fundamentally the “move forward” argument. Is it a legitimate argument, or is it an excusing of war crimes? It’s not a legal question, it’s a political one.

On Tuesday we saw the first of a multipart video discussion between Progressive Democrats of America board member David Swanson and Yellow Dog Democrat and Chair of The National Congress of Black Women Dr. Fay Williams, talking with Paul Jay of The Real News on the question of whether or not to prosecute Bush and Cheney, and heard Dr. Williams state that if we want prosecution to happen people are going to have to make Obama and Holder do it. People have to move the window of political possibility far enough to make them do it, in other words.

The question has moved far beyond our Petition For A Special Prosecutor since we began it though more signatures can only help it to become reality, is now in the media to a degree that impeachment never came close to, and is becoming a national if not worldwide debate, and Republicans are obviously terrified that it might happen, as we saw highlighted so clearly Wednesday with the Kit Bond Republican comedy of lies and fiasco.

In this second part of the discussion between Swanson, Williams and Paul Jay their conversation continues as they address and debate directly whether the “move forward” argument is legitimate, and about many of the ramifications and complexities involved in the question, with Swanson arguing the pros and Williams arguing some of the cons.

Should Obama prosecute Bush and Cheney?