There is no joy in this.  There is only distraction.  And perhaps sadness or disappointment.  ABC reports:

John Edwards repeatedly lied during his Presidential campaign about an extramarital affair with a novice filmmaker, the former Senator admitted to ABC News today.

In an interview for broadcast tonight on Nightline, Edwards told ABC News correspondent Bob Woodruff he did have an affair with 44-year old Rielle Hunter, but said that he did not love her.

Edwards also denied he was the father of Hunter’s baby girl, Frances Quinn, although the one-time Democratic Presidential candidate said he has not taken a paternity test.

Edwards said he knew he was not the father based on timing of the baby’s birth on February 27, 2008. He said his affair ended too soon for him to have been the father.

I ask that the public, who expressed concern about the harm John’s conduct has done to us, think also about the real harm that the present voyeurism does and give me and my family the privacy we need at this time.

Evidently, the Edwards family doesn’t enjoy what happens when public figures become this week’s Major Distraction TM. Is it voyeurism if you put up a Diary on dKos rather than going on vacation or just saying, “No comment?”  Let the games begin.

On March 5th, dailykos denizen norahc (Ben Plunkett) obtained permits in the name of “Swift Students for Truthiness” from the St. Paul Parks Department for use of Hamm’s Plaza for non-partisan issue oriented expressive activity on Sept. 3d and 4th, 8AM to 8PM. Planned, a Shutdown Guantanamo Stop Torture event the 3d, Stop Government Spying on the 4th, both starting at 4:00. I’m co-ordinating the “spying” event.

Hamm’s is tiny, not much more than a traffic island, so the limit of 91 in attendance at any time was acceptable.

Yesterday, Ben received a Certified Mail from the Parks Department, dated August 5th, indicating that the permits had been revoked, offering alternative space at Ecolab Plaza or Mears Park, both much less visible. Hamm’s is 2 blocks from the Convention site at the Excel Center, and faces the St. Paul Hotel, a major delegate hub. I’ve just lined up an attorney, we’ll be seeking a Temporary Restraining Order directing that the Parks Dept. honor the original permit.

Four at Four continues with a NRA mole, green dictatorship, and tropical fish off Long Island.

In the spirit, perhaps, of the Vietnam war protesters (pictured) who attempted to levitate the Pentagon in 1967, activists in Springfield, Mass. will observe the Iraq Moratorium on Friday, Aug. 15, by encircling the federal building there.

They’ll gather at 4 p.m. for a short rally, then will encircle the building and hold hands around it. The theme for the day is “Dont Invade Iran.” They are calling the action “Hands Around the Federal Building,” and say that car pools are coming from other cities. “we need 350 people to make this work. We are confident we will have that,” they say on the Moratorium blog.

That’s just one of dozens of events happening across the country, which are listed on the new, improved Moratorium website. There are always more that don’t get posted, or that only surface after the fact.  If you are planning a local action and don’t see it on the list, email the information so it can be posted and others can find out about it and join you.

The list keeps growing.  This month, two Wisconsin communities, Rice Lake and Waupaca, will have their first Iraq Moratorium actions.

The Iraq Moratorium is a simple concept.  It asks people to interrupt their daily routines on the Third Friday of every month and take some action, individually or with a group, to end the war and occupation.

The national Moratorium doesn’t try to tell people what action to take.  It offers a wide variety of options, from wearing a button or armband to taking part in a demonstration, and many things in between.  The important thing is that people do something.

The national website acts as a clearinghouse for information, collecting and posting events planned by local organizers and reports, photos and videos afterward.  It also offers some tips and tools for organizers to use.

It’s almost an exaggeration to call it a shoestring operation.  It operates on virtually no money with a volunteer crew. (Disclosure: I’m part of the volunteer core group that tries to keep it growing.)

Given its almost non-existent resources and media blackout of antiwar actions, it’s first year record is somewhat remarkable.  There have been more than 1,200 actions in 41 states and 240 communities since the Moratorium began in September 2007.  No one really knows how many individuals also observe the Moratorium in some way on the Third Friday of the month,  but it’s a significant number.

As Iraq Moratorium #12 approaches, think about one thing, big or small, that you can do to help.  If nothing else, a donation would be gratefully accepted — and you don’t have to wait until August 15.

Whatever it is, please do something.

UPDATED: Russia Invades Georgia, US At Risk Of Being Sucked In

The fighting, which devastated the capital of Tskhinvali, threatened to ignite a wider war between Georgia and Russia, and escalate tensions between Moscow and Washington. Georgia said it was forced to launch the assault because of rebel attacks; the separatists alleged Georgia violated a cease-fire.

“I saw bodies lying on the streets, around ruined buildings, in cars,” said Lyudmila Ostayeva, 50, who had fled with her family to Dzhava, a village near the border with Russia. “It’s impossible to count them now. There is hardly a single building left undamaged.”

The fighting broke out as much of the world’s attention was focused on the start of the Olympic Games and many leaders, including Russia’s Prime Minister Vladimir Putin and President Bush, were in Beijing.

The Associated Press is reporting that:

And the region is in turmoil.

Russian authorities said several of its peacekeepers died in a Georgian attack in South Ossetia, which borders Russia and has strong ties to its vast northern neighbor, and they vowed not to leave Russian citizens in the territory unprotected.

“The Georgian leadership has launched a dirty adventure,” a statement from Russia’s Defense Ministry said on Friday. “We will not leave our peacekeepers and Russian citizens unprotected.”

Russian Prime Minister Vladimir Putin said Georgia started the fighting and warned that Russia would respond to their actions.

“Heavy weapons and artillery have been sent there, and tanks have been added. Deaths and injuries have been reported, including among Russian peacekeepers,” Putin said in comments carried Friday by Russia’s Interfax news agency.

“It’s all very sad and alarming. And, of course, there will be a response.”

We will watch what happens through the day and the weekend–this could end up being the biggest story of the month, Olympics notwithstanding.

This Sunday’s New York Times Magazine contains a feature titled Is Obama the End of Black Politics? Its an attempt by Matt Bai to explain the shifting ground on which both the issues and the politics of the African American community stand today. This is an issue that has been bubbling beneath the surface (and sometimes above) since Obama won the Iowa caucuses.

Within hours of Obama’s victory in Iowa, however, Clinton’s black support began to crumble. Black voters, young and old, simply hadn’t believed that a black man could win in white states; when he did, a wave of pride swept through African-American neighborhoods in the South.

That wave caught many long-time civil rights leaders and Black politicians by surprise…a shift had happened and they were caught unawares.

We’ve Been Played By US Auto Manufacturers On CAFE Standards

I am a County Delegate and when we met to give suggestions for the party platform, one of the things I suggested was that the European economy standards be adopted starting 2010. Did you know we, the United States of America has the lowest fuel economy standards in the industrialized world? Even China beats us by a mile. Follow me below the fold for the evidence of how we’ve been played.

Do The People Want Their Government Back?

I have said it many times, there is only one force that can truly change America…for the better. (Bushco has poreved how easy it is to change it for the worse.)

Despite the “coup” in 2000, despite the latest empowerment of the aristocracy and ruling class, or as Bush calls them, “his base,” despite decades of voter suppression in its most insidious form, convincing The People that they ARE powerless, despite rigged gerrymandering that makes incumbents nearly impossible to unseat, and most of all despite the politics of fear that now holds America in its seemingly insurmountable thrall…..this IS still a representative democracy. It HAS been proven that citizen activism works, and all the structures for a peaceful yet powerful Citizens Revolution are still in place.

Our government is just sitting there, waiting for us to take it back. The potential and promise of a real America and all it was supposed to stand for is still extant under the layers and layers of bullshit that have been heaped atop it. The heart of freedom still beats….barely. But it won’t be resuscitated by some singular savior, and the savior du jour has been sure to point that out over and over again. Only The People can save it. The question is not whether they can, the question is whether they want to, the question is whether they can be convinced that they can. The question is….do The People still believe in America enough to do the hard work required and show the patience and perseverance required to take it back.

Or has “it” worked? Are The People now too indoctrinated, tired, busy, self-absorbed and just plain beaten down to even try?

How to Cheer In Chinese: Click Here (top video).

The Weapon of Young Gods #33: Echoes of the Womb

Churches have always annoyed me. On the few occasions when I’ve had to spend time inside one, I’ve never felt comfortable. The oppressive, insistent implication that I don’t belong there always hit me right in the chest, and I always felt that the pathetic physical approximation of a divine portal fairly reeked of moral hubris and superstitious, fearful ignorance. I couldn’t relate to anyone who attended church, not for a long, long time; I couldn’t even meet them halfway.

Lately it’s been a bit different. Maybe it’s a little naive, but I considered it a mark of courtesy that I’d recently progressed to something less than my usual violent antipathy toward religion. I’m more able to set foot in a house of worship than I had been in the past, and a few months back I settled easily into the cushy throne of apathetic indifference when it came to dealing with believers. If they left me alone, I would stay out of their hair in return. They had their drug, and I had mine; as long as I was free to destroy my eardrums with Loud Rock Music, blunt or enhance my senses with choice chemical combinations, and blunder through carnal relations with beautiful girls, I didn’t care what any uptight idiot from any denomination thought of my behavior. 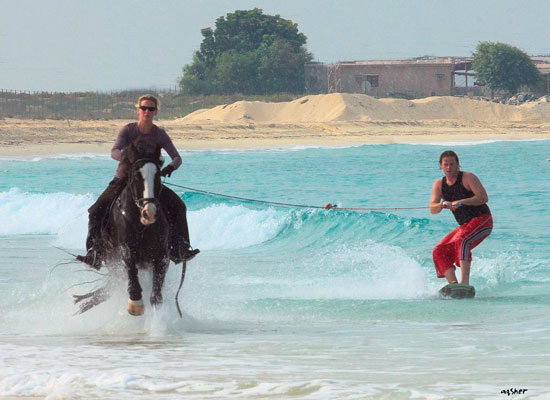 Real News: Will The Next Israeli Leader Attack Iran?

The decision by Israeli Prime Minister Ehud Olmert to step down amid corruption allegations has left many questions in Israel and in the region. There are two main contenders to replace Olmert as leader of the Kadima party.

The frontrunner Tzipi Livni, is a former Mossad operative and current Foreign Minister. She was a protégé of Ariel Sharon in the Likud and jumped with him to Kadima when it was formed. Her main Kadima rival is Shaul Mofaz, a hawkish former general and current Transportation Minister.