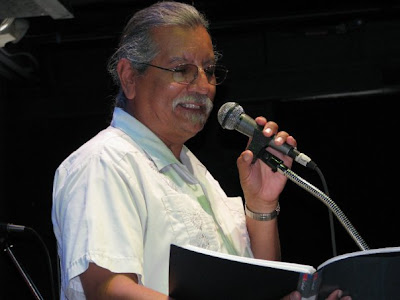 A Bad Afternoon At Stella D’oro

Crossposted from Fire on the Mountain

It was a rough afternoon.

At 2:00 PM yesterday, I was standing in front of City Hall in lower Manhattan, serving as an extra at a press conference for the Stella D’oro workers. After winning an arduous 11 month strike against concessions, the workers have been fighting plans by new owners Lance, Inc. to move the 78 year old bakery from the Bronx to Ashtabula, Ohio and reopen non-union.

The press conference/mini-rally had been a good one, though major media was thin on the ground, Speakers from the plant, a range of union officials and other supporters gave short sharp statements, demanding that Mayor Bloomberg do something to save Stella D’oro and its union jobs. As we were about to break up, two of the workers got hasty phone calls from the plant. Managers had told the morning shift that when they left at 3:00 PM, the bakery was shutting down!

Maybe a quarter of the 100-plus at City Hall headed up to 237th Street and Broadway, where the arriving shift had been ushered into work to empty their lockers. They were still trickling out at 3:00 when the day shift came out en masse, carrying plastic bags with whatever they had had inside. The three dozen supporters and workers outside the gate clapped as they did and there were chants that had become familiar to all from almost a year of picketing.

The big economic news is all over the place-lately the truly dire unemployment figures which have administration officials suddenly hemming and hawing instead of bragging about “green shoots.”

But the unfolding depression is making its mark in a thousand pinpricks of pain as well. A newspaper that will flesh this point out a bit just rose to the top of one of the piles here at Casa FotM. It’s an issue from last month of The Millbrook Independent–a six page weekly whose masthead proclaims “Serving Millbrook and Stanfordville and the Greater Millbrook Region” in Dutchess County, New York.

Along with coverage of wetlands regulations and high school math scores were two articles that illuminated unexpected aspects of the crunch.

One, on the front page, plugged a new “state of the art” storage facility opening in a former bowling alley in Mabbetsville. It struck me as perhaps an unfortunate business to be starting in this climate, but the owner had a quote which led me to reconsider: “With the huge advent of home offices, people now need to store what was once in that room.”

Obama forces Wagoner Out..Contracts only matter when they belong to WS

Apparently contracts and sacrifice from the people receiving taxpayer money are only off limits when it applies to Wall Street.

I have no clue if Wagoner was good or bad or should have or haven’t stayed.  What I am totally pissed at is the double standard.  I won’t detail it, we’ve all been living and paying for this administration’s double standards.  When it comes to Wall Street or bringing justice to war criminals and profiteers, they would rather “look forward”.  When it comes to bailing out Americans, whether it is their jobs or their homes, it is time to right the wrongs and make sacrifices for America.

Obama and the New Terrain of Battle, Part 3: No Detour

This is last part of a piece I finished right before the the inauguration and am posting at Docudharma in sections. You can catch both Part 1, on the upsurge of mass struggle, and Part 2, on the anti-war movement, here. Or just go read the whole thing over at Fire on the Mountain, where there are a couple interesting comments.

No Detour Past the Collapse of the Economy

I’ve had a little trouble with my roadway metaphors for this one. I thought about the collapsed bridge in Minneapolis (with overtones of The Bridge To Nowhere), Given all the rebuild-the-infrastructure talk, it seemed a natural.

But what the new administration is facing today is a collapsed global financial system and a rapidly crumbling global economy.

In other words, the actual fact is that we are, all of us, sitting on that metaphorical bridge right now while it comes apart beneath us. Furthermore, it is unclear where a rebuilt bridge might (or should) wind up anchored.

Straws in the Wind: Philadelphia Libraries

I’ve started posting “Straws In The Wind” posts over at Fire on the Mountain to focus on how the burden of the economic meltdown is being placed on ordinary working folks and on their developing consciousness and resistance.

As 2008 draws to an end, and with it the tax year, we are seeing what will rapidly become a tsunami of cuts in public services starting to gather force around the country. Every state and municipality will be hit in different ways, but no place is gonna stay high and dry.

Want an example? The estimable Suzy Subways (one-time literary voice of Brooklyn’s bike delivery folk) has done my homework for me. Mayor Michael Nutter of Philadelphia announced just last month that 11 of the city’s 54 libraries will be shuttered, effective New Year’s Day. This has produced a riptide of anger in neighborhoods all over the city, and several City Council members have gone to court to block the closings.

But I recommend a look at this cable broadcast of one of the neighborhood meetings Nutter and Library Director Siobhan Reardon held to try and quell opposition to library and other cuts.

It’s a long meeting–folks in predominantly Black Southwest Philly are steamed–but Suzy has put in the time to transcribe the highlights, and included time checks so you can slide straight to the exchanges she typed up below.

Do these folks seem like they are gonna sit quietly and watch their communities stripped of libraries? Not to me. I’m gonna be checking the news from Philadelphia  over the next few days.

Rapper Drops Some Science about the Meltdown

Scarface is a rapper. He made his bones with Houston’s legendary Geto Boys in the late 1980s and into the ’90s, along with Willie D. and Bushwick Bill.

No superstar, he still makes a living from hiphop. And Scarface has a few things to say about the economic meltdown:

This game ain’t about flossing no more, man. Ain’t nobody got no money…

When Merrill Lynch merged with Bank of America, it was just the beginning of some frightening shit. I remember when Bank of America was Nation’s Bank and Merrill Lynch had all the money. Now it’s definitely real in the field. Dope money is even funny right now. Niggas better hold on for dear life, man. Really.

It boils down to class. It’s the rich, and then there’s the poor. If someone gets rich, just know that somewhere, somehow, somebody is suffering from [that person] getting rich. Y’all can sit in your big houses on however many acres you got and however many billions are in the bank, but looking down at the have-nots–no bank account, no meal, living government check to check–is an insult and needs to be corrected.

Everybody’s suffering. Some mu’fuckas got money, but they got cats standing next to ’em that ain’t got no money at all. [But] if America got enough money to go to war, then America should have enough to keep the economy going.”

Crossposted from Fire on the Mountain.