With the Republicans now in charge of the Senate, the filibuster games continue with the shoe on the other foot. Although I have to say, the Democrats have used it to stop the more egregious legislation that the Republicans have tried to pass. By attaching controversial riders to popular bills, such as their fight with the White House over immigration getting attached to the funding bill for the Department of Homeland Security, the GOP leadership didn’t expect the tactic to backfire in the press and public opinion. The Republicans may have gerrymandered themselves into being in charge but that doesn’t mean they have the capacity to lead or public support.

The Justice for Victims of Trafficking Act of 2015, which would establish a fund to raise money for victims from the fees charged to traffickers, wasn’t supposed to be controversial. It has supporters on both sides of the aisle and easily passed the House earlier this year. Both Senate Majority Leader Mitch McConnell (R-KY) and Minority Leader Harry Reid (D-NV) have urged members of their parties to support the legislation.

But this week, top Democrats learned that the bill includes language modeled after the Hyde Amendment, which restricts public funding for abortion procedures. The new fund created for trafficking victims would be subject to the same restrictions that currently prevent the public Medicaid program from using federal dollars to finance abortion coverage. [..]

Adam Jentleson, a spokesman for Reid’s office, said the proposed language in the trafficking bill would actually go beyond Hyde’s current scope by including fees and fines, instead of just taxpayer funds. He believes that “could lead to a dramatic expansion of abortion restrictions in future years.” [..]

Reproductive rights groups have also harshly criticized the abortion provision in the bill, accusing Republicans of playing politics with the vulnerable victims of human trafficking. They point out that victims often need access to abortion services because they have been subject to sexual violence, so a fund designed to help them shouldn’t cut off resources related to abortion.

Needless to say, the Democrat’s filibuster of a second bill, with unpopular provisions, in as many months is not sitting well with Senate Majority Leader Mitch “The Human Hybrid Turtle” McConnell who went on CNN’s “State of the Union” and told host Dana Bash that the consideration of Loretta Lynch would not happen until the trafficking bill passed.

McConnell told Dana Bash on CNN’s “State of the Union” that Lynch’s nomination will remain in a holding pattern until Democrats allow the trafficking bill to move forward.

“This will have an impact on the timing of considering the new attorney general. Now, I had hoped to turn to her next week, but if we can’t finish the trafficking bill, she will be put off again,” he said.

He argued it was a non-controversial bill that came out of the Judiciary Committee unanimously. He noted the language Democrats are objecting to was part of the legislation from the beginning of its consideration.

Sen. McConnell’s claim that the Democrats knew about the anti-abortion provision and knowingly voted for it is [disputed by the Democrats on the Judiciary Committee :

“These provisions, my caucus did not know about,” Senate Minority Leader Harry Reid (D-Nev.) told reporters Tuesday. “The bill will not come off this floor as long as that [abortion] language is in it.”

Even Democrats on the Judiciary Committee said they had no idea the abortion provision was in the bill. Some suggested they had been misled.

“There was a representation that the controversial provision was not included in this bill. It turns out that it was,” said Sen. Dick Durbin (D-Ill.), a Judiciary Committee member. “I don’t know how that happened or who was the author of it.”

“A list was sent to certain members saying, ‘Here are the changes from last year.’ This provision was not listed among them,” said Sen. Chuck Schumer (D-N.Y.), also a Judiciary Committee member.

Sen. Patrick Leahy (D-Vt.), the committee’s ranking member, chastised his GOP colleagues for using “debates about some of the most vulnerable among us to advance their own political agenda.”

Needles to say the Democrats, so far, aren’t caving to this latest GOP blackmail:

“For months and months, Republicans have failed to move forward with‎ her nomination using any excuse they can, except for any credible objection to her nomination itself. It’s time for Republicans to stop dragging their feet on Loretta Lynch,” he said in a statement Sunday morning. ‎

The GOP hates Attorney General Eric Holder, who has already said his goodbyes, but they have held up Ms. Lynch’s nomination for 128 days, longer than any other Attorney General nominee. This might not be so bad since Ms. Lynch may not be the best choice to replace Mr. Holder considering her dubious ties to Wall Street and the banks. Her slap on the wrist agreement without criminal charges in the HSBC money laundering case would be a good reason to reject her. Now, the question is will the Democrats sacrifice her to protect the right to an abortion for victims of human trafficking. Stay tuned to see who blinks first. 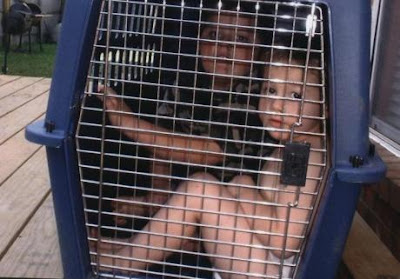