Obamabots On the Attack

On the Open Salon version of my previous entry, some right-winger who supports Obama kept trying to lay the blame for next year’s results on the left for failing to properly support the candidate who has done far more to pass the Republicans’ agenda than any GOP office-holder could have.

I am about certain Obama will be a one term president–and that one of the Republican clowns will win in 2012.

Most of the blame for that will fall with the unrealistic expectations and shortsightedness of people devoted to a progressive agenda.

My last entry at FDL, which is the last because I’ve been banned, has been restored to visibility.  As I pointed out in my previous entry, my account and diaries were flagged as spam and hidden from view.

FDL moderator RBG’s comment at the bottom of the entry suggests that he (or she; I don’t know RBG’s gender) was the one who banned me, but in truth, the decision to remove me could have been that of any one or all of the FDL moderating team.

FDL’s methodology in banning people was explained by Sebastos:

I agree entirely, Rusty, about the sneakiness of banning without leaving any record. The same applies to this practice of temporarily blocking all of a banned user’s diaries by marking them as spam, then restoring access after several days. It sends a powerful message to banned users that they’re allowed on Firedoglake on sufferance, and that anything they write that offends the moderators can be removed at any time. Yet a casual visitor to the site notices nothing amiss, and even if informed that the diaries had been temporarily taken down, may not grasp the significance, and may even think the banned user is overreacting. It all serves to give an impression of greater openness than is actually the case.

The problem with gatekeeper blogs like FDL and Daily Kos is not only that they are overtly hostile to the left, but that they love to employ police state-style censorship to enforce their official policy of never actually challenging the right-wing Democrat Party.  Sure, we’re allowed to complain, so long as we dare do no more than that.  But step over a pre-drawn line, and one is gone.

Below the fold is the full text of my last entry from FDL. 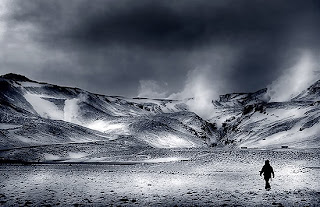