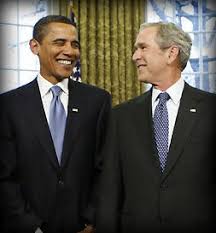 In an effort to prevent another Bradley Manning, the Obama administration is urging all federal government agencies to watch its employees for signs they may be leaking classified information.

In a memo dated Monday, Jacob J. Lew, the director of the White House’s Office of Management and Budget, directed government agencies that deal with classified information to ensure that they are in compliance with secrecy rules brought in after WikiLeaks’ release of classified material.

The document (PDF), which was leaked to NBC less than 48 hours after it was written, urges agencies to develop an “insider threat program” that would monitor employees for “behavioral changes” indicating they may be leaking classified documents or be willing to do so.

The document calls on agencies to hire psychiatrists and sociologists to measure the “despondence or grumpiness” of federal employees in order to “gauge trustworthiness.” It also urges the use of polygraph machines, and the monitoring of computer activities and signs of “high occurrences of foreign travel.”

Agencies are urged to “capture evidence of pre-employment and/or post-employment activities or participation in on-line media data mining sites like WikiLeaks or Open Leaks,” indicating that the administration wants to see personnel monitored even after they stop working for the federal government.

As NBC noted, the White House may be [once again folding like a cheap suit] under pressure to show to the new Republican-dominated House that they are reacting swiftly and concretely to the WikiLeaks releases.

…the Supreme Court said it would not take up a warrantless surveillance case, Wilner v. National Security Agency (NSA), filed by the Center for Constitutional Rights (CCR). The lawsuit argued that the Executive Branch must disclose whether or not it has records related to the wiretapping of privileged attorney-client conversations without a warrant. Lawyers for the Guantánamo detainees fit the officially acknowledged profile of those subject to surveillance under the former administration’s program, and the Bush administration argued in the past that the Executive Branch has a right to target them.

“The Obama administration has never taken a position-in this or any of the other related cases-on whether the Bush administration’s NSA surveillance program was legal. In this case they claimed that even if it was illegal, the government has the right to remain silent when asked whether or not the NSA spied on lawyers,” said Shayana Kadidal, Senior Managing Attorney of the CCR Guantánamo Global Justice Initiative. “Today the Supreme Court let them get away with it.”  […]

The plaintiffs [had] filed a Freedom of Information Act (FOIA) request seeking records of any surveillance of their communications under the NSA’s warrantless surveillance program, which began after 9/11 but was only disclosed to the public in December 2005. The government refused to either confirm or deny whether such records existed, and the lower courts refused to order the government to confirm whether it had eavesdropped on attorney-client communications. The question before the Supreme Court was whether the government can refuse to confirm or deny whether records of such surveillance exist, even though any such surveillance would necessarily be unconstitutional and illegal.

Real News Network’s Paul Jay talks with Shayana Kadidal** – Senior Managing Attorney of the Guantánamo Global Justice Initiative (GGJI) at the Center for Constitutional Rights about the CRR’s initiative and about this case and the Administration’s eavesdropping.

If you were mad at all about Bush’s violations of civil liberties when he was president, this will get you fuming:

In a rare legal action against a government employee accused of leaking secrets, a grand jury has indicted a former senior National Security Agency official on charges of providing classified information to a newspaper reporter in hundreds of e-mail messages in 2006 and 2007.

The official, Thomas A. Drake, 52, was also accused of obstructing justice by shredding documents, deleting computer records and lying to investigators who were looking into the reporter’s sources.

“Our national security demands that the sort of conduct alleged here – violating the government’s trust by illegally retaining and disclosing classified information – be prosecuted and prosecuted vigorously,” Lanny A. Breuer, the assistant attorney general in charge of the Justice Department’s criminal division, said in a statement.

This is not just a single instance of outrage.  It is a microcosm of the Obama presidency, the political success of corporate America, and the failure of its opposition.

“Every man is surrounded by a neighborhood of voluntary spies.”

What Is The Worst Crime Of The Bush Administration?

Asking the Left side of the Blogosphere what the greatest of President Bush’s crimes/sins against this nation was is kind of inviting a shouting match. There are so many to choose from, wars, torture, environmental law changes or lack of enforcement, the list goes on and on. Without an operational definition it is a argument which could consume thousands of words on line or tens of pints at a bar. The Dog is going to provide you with the definition and explain why he thinks there is one overarching act which out shines (if that is the right metaphor for such heinous acts) all others.

There is always the need, when one is looking at something complex and sprawling, to have a skeleton key, a filter that brings the overall arch of the story into focus whenever you get lost in the myriad details. For the last 8 years we have not had enough information about the actions of the Bush administration to develop such a skeleton key, this, however, has now changed. It turns out there is a single unifying factor which runs from August 2001 to January 20th 2009; fear.

From DoJ to CIA: Wiretapping, Torture, Stonewalling & Obstruction of Justice

Two stories from today’s news highlight the hubris of the U.S. executive branch as regards its assumed right to conduct unrestrained surveillance of its citizens, and engage in torture in violation of all laws.

Both Emptywheel at Firedoglake and Glenn Greenwald at Salon.com have done a stellar job tracking the Cheneyesque descent (H/T EW) of the Obama Justice Department when it comes to the question of executive privilege over classified material, especially when it comes to the courts. We already have witnessed the spectacle of the U.S. pressuring a British court on the suppression of documents in the Binyam Mohamed case.

Yesterday I opined in an essay called “The Shelf Life of Paranoia” the demeaning and infuriating invasion of privacy that is the consummation of years of paranoia building and the Bush Doctrine that treats us as potential enemies within our own borders was wrong on every level and a result of Paranoia.

Then asqv asked the perfect question bringing everything I had said into the realm of serious doubt.

She was referring, of course, to the Inaugural Event for Barack Obama, and the seemingly highly restrictive precautions being required for those who wished to attend.

I had to ask myself if I had double standards, or a definition so vague as to not be considered a standard at all.

Glenn Greenwald is reporting that House Democrats are actively circulating a new FISA bill that effectively capitulates to the President’s demands.  Nancy Pelosi hosted a blogger conference yesterday where she stated that telco immunity would not be provided in any legislation she backed in Congress.  But apparently everything else was up for grabs, because exclusivity was the real issue.

And we thought we’d won, because the House just put off what now seems like inevitable capitulation. Am I the only one here who believes that these representative (and senators) have essentially turned to you and me and said:  “Go fuck yourselves”?

The Supreme Court did the right thing…

in rejecting ACLU vs. NSA today.

A number of good folks in the blogosphere are huffing and puffing over the Supreme Court’s rejection of the ACLU’s Petition for Certiori in the case of ACLU v. NSA.  They don’t need to.

WASHINGTON — The Supreme Court today dismissed the first legal challenge to President Bush’s warrantless wiretapping order, but without ruling on any of the key issues.

It is traditional and expected in our Federal system that the Supreme Court wait until a controversial legal issue is litigated in more than one of the lower Circuits before creating a binding precedent.  This way, the Supreme Court both allows for a broader range of opinion and ensures that a greater number of arguments and issues are considered before the Court decides the final law.

In ACLU vs. NSA, the Sixth Circuit Court of Appeals had the first bite at the apple on unwarranted wiretapping, and spit out a Bushie worm. Yet the sour 6th is not the only Circuit with a say about whether our government can secretly spy on us.

Why the Mideast telecom cables were cut

A recent news article confirming suspicions that the five recent cuts of undersea fiber optic cables to the Mideast may have been sabotaged got me to thinking that there is an obvious explanation for the cuts. Fiber optic cables are difficult to tap without detection. Unlike copper wire, which can be tapped without breaking the communication stream, a fiber cable has to have a piece of hardware physically inserted into the light path to perform a tap. This produces a detectable outage that can be localized to the tapped segment.

But what if you cut the cable in one place and, while the cable company is readying repairs, you tap another segment of the cable? Nobody knows that you tapped the cable, and nobody knows where it has been tapped. This is the obvious explanation. Bush authorized the massive wiretapping of all the fiber optic cables that lead to Iran. Whether this is a preparation for war or just continuing intelligence activity is anybody’s guess, but it does not give me a warm feeling.

Harry: Call a vote on the House verision. (FISA)

The President thinks this is an emergency? There’s already a FISA bill which has passed the House of Representatives, without either telco amnesty or Blanket warrants. Call it up next. If the Republicans want to filibuster it, fine. Let ’em. And when the Protect Act’s authorization to monitor calls between Canadians expires, well you can blame the Republicans for the delay.

Not exactly a new procedural play. When the House Judiciary Committee came up with a version of the Patriot Act much less damaging than the version the Senate had passed, Hastert reneged on his promise to Sensenbrenner to bring the Committee draft to a vote, and instead placed the Senate bill first on the Calendar.

Personally, I don’t see why we should be spying on personal calls between our neighbors to the north. Kinda curious as to why there hasn’t been a bigger stink coming out of Canada.