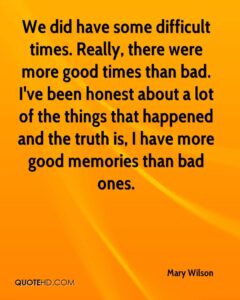 AP-NORC poll: A third of US adults skeptical of COVID shots

CDC study finds two masks are better than one vs. COVID-19

Louisiana governor at odds with Biden over oil, gas policy

Audit raises concerns about wildfire risks at US nuclear lab

Court: Inmate can have his pastor in execution chamber

Ancient shell horn can still play a tune after 18,000 years

Tennessee: FBI raid no excuse for not filing campaign report

EXPLAINER: What the WHO coronavirus experts learned in Wuhan

Mystery metal monolith turns out to be Turkish govt gimmick

The Latest: Top-seeded Ash Barty through to 3rd round

Defending champ Kenin loses in 2nd round at Australian Open

Liberty get Howard, Samuelson to Storm, 1st pick to Dallas

Laughing in the Face of Denial Peterr, emptywheel

They did it for Dear Leader digby aka Heather Digby Parton, Digby’s Hullabaloo

Can you ever trust Republicans again? Tom Sullivan, Digby’s Hullabaloo

The Republican Rationalization Loop driftglas, at his blog

Literary Corner: The Defense Rests Yastreblyansky, The Rectification of Names

WHAT A MODERATE REPUBLICAN LOOKS LIKE IN 2021 Steve M., No More Mister Nice Blog

‘Impeachment Is The REAL Voter Suppression!’ And Other Great Legal Arguments From Day One Jamie Lynn Crofts, Wonkette

Is Sidney Powell On The Lam? Or Is She Just PATHETIC? Liz Dye, Wonkette

If Anybody Can Get 17 Republicans To Convict Trump, These Guys Can! Evan Husrt, Wonkette