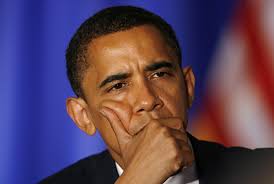 It now appears that in all likelihood republicans will win a congressional majority this coming Tuesday. Nate Silver’s projections of Friday October 29…

…found Republicans gaining an average of 53 seats, which would bring them to 232 total. Democrats are given a 16 percent chance of holding the House, down slightly from 17 percent on Wednesday.

Increasingly, there seems to be something of a consensus among various forecasting methods around a projected Republican figure somewhere in the 50-60 seat range.

Several of the expert forecasters that FiveThirtyEight’s model uses, like the Cook Political Report, the Rothenberg Political Report, and Larry Sabato, have stated that they expect the Republicans’ overall total to fall roughly in this range. A straw poll of political insiders for Hotline on Call found an average expectation of a 50-seat gain. And some political science models have been forecasting gains somewhere in this range for some time.

The forecast also seems consistent with the average of generic ballot polling. Our model projects that Republicans will win the average Congressional district by between 3 and 4 points.

It’s not looking good by any stretch of the imagination.

Nate’s modeling is also supported by other polling. For instance “Gallup’s recent tracking of the generic ballot for Congress has shown the Republicans with substantial leads over the Democrats among likely voters, in part because the underlying registered voter population leans Republican in its vote choice. Compared with previous elections, that tilt is an extraordinary positioning for the Republicans, who typically do no better than tie the Democrats among registered voters. The GOP’s position is further enhanced by the generally strong proclivity of Republicans to turn out to vote, which appears to be even greater than usual this year.”

Gallup also reported on Thursday that “the lower proportion of swing voters this year, coupled with Republican leads in current 2010 voting preferences, is another good sign for the GOP’s chances of a strong showing on Election Day. The potential for change among swing voters may not be all that great. Past Gallup analysis using pre- and post-election panel data found that swing voters usually follow through on their initial voting preference.”

Is there a way this apparently likely seeming debacle can be turned into a positive for Democrats, and more importantly for all Americans, if it happens?

Is there going to be any way that Democrats can get progressive legislation passed in the next two years, or will Obama become another lame duck president?

For the past year and a half Obama, to put it mildly, has had a hell of a time producing anything remotely approaching good progressive results, whether he wanted to or not.

Now it looks as though it will be even less likely that Congress, after the midterms, will be able to put good progressive legislation that helps the people of the country on Obama’s desk for him to sign, without some strong political force applied to motivate them to do so.

Republicans are known for their corporatist and anti “little guy” leanings, and it is not likely they will produce any progressive legislation to send to the president for his signature at all on their own initiative.

So, where can this needed motivation for a republican controlled congress to send good progressive legislation that helps the people of the country to Obama for signing into law come from?

There is an old maxim that says every cloud has a silver lining, and another that says the best roses grow in shit.

Friday Joan McCarter posted a story about $100 million spent to fight health reform after it passed, linking in her story to a Think Progress/Wonk Room piece highlighting in it’s first paragraph that “after several Republicans suggested that the GOP would only repeal parts of the Affordable Care Act, Republican senators sought to reassure their conservative constituency of the purity of their intent by reiterating their opposition to the entire health care law.”

So republicans are making noises about repealing HCR, to drum up support among their teabagger supporters. No surprise that they would use whatever they can to wind up their base, of course.

The question it raises however, is an interesting one.

How, exactly, would a republican controlled congress be able to repeal HCR?

Repealing it, as with repealing any legislation, would require passing a bill to repeal it. To do that they would need passage by the House and by the Senate. Perhaps, if Nate Silver’s projections turn out to be reality, republicans could ram such a repealing bill through the House.

But Nate also projects a 90% probability of the Democrats holding on to at least 50 seats in the Senate.

So maybe republicans could pass an HCR repealing bill in the House, but could they get it through the Senate?

Only with help from Democrats. And therein lies the silver lining.

Only with help from the Democrats will republicans be able to put ANY legislation on Obama’s desk for him to sign, for the next two years.

In case you wondered why I have capitalized Democrats throughout this piece, but left republicans uncapitalized, it is because republicans, if they win Congress Tuesday by the margins projected by Nate Silver and by Gallup, will be helpless for the next two years without bipartisan help from Democrats to advance any of their agenda.

Let’s assume for a minute that there are enough Democrats to help the republicans get legislation like that through the Senate as well.

For the next two years any bill passed by the House and by the Senate then goes to Barack Obama for signing into law.

The same is true for all bills, and will remain true for all legislation the republicans try to develop over the next two years.

If they can even get a bill to his desk, the republicans will need Barack Obama to sign their legislation into law.

When a bill is passed by both the House and Senate, it is sent to the president for his signature. All bills and joint resolutions, except those proposing amendments to the Constitution, must be signed by the president before they become law. Amendments to the Constitution, which require a two-thirds vote of approval in each chamber, are sent directly to the states for ratification. When presented with legislation passed by both houses of Congress, the president is constitutionally required to act on it in one of four ways: sign it into law within the 10-day period prescribed in the Constitution, issue a regular veto, let the bill become law without his signature or issue a “pocket” veto.

When Congress is in session, the president may, within the 10-day period, exercise a regular veto by sending the unsigned bill back to the chamber of Congress from which it originated along with a veto message stating his reasons for rejecting it. Currently, the president must veto the bill in its entirety. He may not veto individual provisions of the bill while approving others. Rejecting individual provisions of a bill is called a “line-item” veto. In 1996, Congress passed a law granting President Clinton the power to issue line-item vetoes, only to have the Supreme Court declare it unconstitutional in 1998.

When Congress is not adjourned, and the president fails to either sign or veto a bill sent to him by the end of the 10-day period, it becomes law without his signature.

When Congress is adjourned, the president can reject a bill by simply refusing to sign it. This action is known as a “pocket veto,” coming from the analogy of the president simply putting the bill in his pocket and forgetting about it. Unlike a regular veto, Congress has neither the opportunity or constitutional authority to override a pocket veto.

How Congress responds to a veto

When the President returns a bill to the chamber of Congress from which it came, along with his objections in the form of a veto message, that chamber is constitutionally required to “reconsider” the bill. The Constitution is silent, however, on the meaning of “reconsideration.” According to the Congressional Research Service, procedure and tradition govern the treatment of vetoed bills. “On receipt of the vetoed bill, the President’s veto message is read into the journal of the receiving house. After entering the message into the journal, the House of Representatives or the Senate complies with the constitutional requirement to ‘reconsider’ by laying the measure on the table (essentially stopping further action on it), referring the bill to committee, postponing consideration to a certain day, or immediately voting on reconsideration (vote on override).”

If Mr. Obama will stand up now, and make it as clear as a club on the head to republicans that he fully intends for the next two years to sign into law only progressive bills that are good for all Americans and that the bipartisanship with batshit crazy republicans is a thing of the past that they can no longer expect, then he can demand only progressive legislation.

If the republicans, as is projected, win control of Congress Tuesday, Obama’s power to produce progressive legislation will increase dramatically.

Whether or not he’ll use it is another question altogether, of course.