Although the initially slow pace of aid had improved since a visit by Secretary-General Ban Ki-moon in mid-August, the UN said it has “almost stalled” since the beginning of last week, rising from 274 million dollars to 291 million dollars – about two thirds of funding needs.

That’s a total of $17 million in about two weeks, from the whole world, for at least 8,000,000 Pakistanis with no food at all and nothing but dirty water to drink. 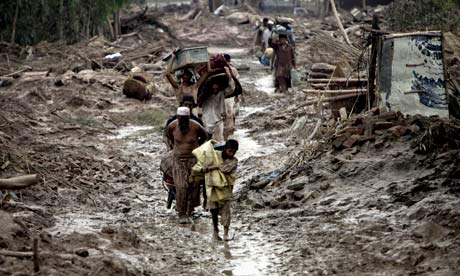