Honduras: Diplomacy And A Harsh Curfew

Your annual dose of Pseudopatriotica, brought to you by Verizon

I’m starting to feel about July 4th the way I feel about September 11th, these days.

Let’s not even go into the mind-bending interdimensional hypocrisy involved in Verizon’s sponsorship of a fireworks show for happy, clueless flag wavers at the beach after that soulless corporation has contrived to place equipment all over our national infrastructure which violates the privacy of law abiding citizens and erodes civil liberties paid for with the blood of generations of far, far better men and women.

No, let’s not even go there this time, as bad as that aspect of it is. Instead let’s deal with the explosions themselves and what they’re supposed to be about. The Rockets’ Red Glare, Bombs Bursting In Air. Let’s go there. So many Americans have suffered from the lack of that glorious experience. Let’s bring you right there where the rockets glare red and the Sousa music makes it all glorious. 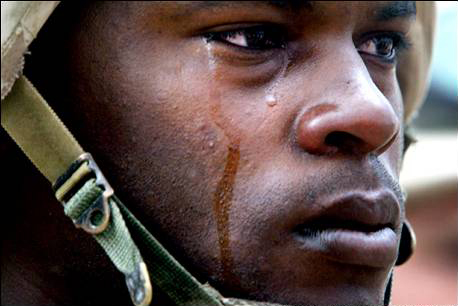 Anyone who’s ever worked stage crew views a play in a different light. Anyone who’s worked as a DJ or an engineer for a radio station listens to the radio differently than someone who has not.

And anyone who’s been touched by war can no longer truly enjoy a fireworks show the same way as when they were a kid.

I’ve been lucky. The closest I’ve come to actually being in a disaster was the attack on the WTC, and somewhat peripherally the northeastern blackout and the Ramstein Air Show disaster (which is why I don’t go to air shows).

Now I’ve seen the pictures of white phosphorous wounds on children in Gaza, wounds that keep on burning right down into the bone if they don’t get all of it out. “Willie Pete”, as Colonel Ann Wright explained, is stuff that’s meant to light up the sky. It’s not supposed to be used in urban environments or densely populated areas. Knowing that Israel purchased these arms from the United States kinda took some of the joy out of the Memorial Day fireworks show for me.

I also wondered when they played Bruce Springsteen’s “Born In The USA” while shooting off the fireworks how many “yellow men” were in the audience as ol’ leather lungs sang the line about killing the Vietnamese… I predicted, correctly, that they wouldn’t have the guts to play the entire song.

“Ten years burning down the road,

Oh no they weren’t going to play that part, heh.

But I guess the thing that really haunted me as I watched the fireworks this past Memorial Day was something that happened in front of the Washington Monument in DC during a Native American medicine working called Turtle Women Rising a couple of whiles back. A real nice guy named Tom Brinson who is a Vietnam vet and a former board member of Veterans for Peace was walking toward me when a car backfired somewhere behind me. Tom flinched and ducked down, a look of absolute terror on his face. Since he was reacting, I reacted too (yay ADD) and whirled in the direction of the noise before we both realized it was just a car. Then he slowly rose back up, looking embarrassed. We locked eyes, and he looked a bit relieved that the only person who had noticed his overreaction was someone who understood.

Guys like that don’t go to fireworks shows. They’ve seen enough of the real ones. What’s so terrible and ironic is that on days like Memorial Day or July 4th we “celebrate” what they’ve gone through, when they themselves would never want to do anything of the sort.

While little kids all around me were going “YAY” and adults going “OOH AHH”, and rightfully so – it was a very nice fireworks show – all I could see was the naked fear on Tom Brinson’s face as he reacted to that car backfiring with a lightning speed beyond his years, which well explains why he is still with us when 58,000 of his brothers in arms are not.

I had a brother, at Khe Sahn, fightin’ off them Viet Cong,

He’s still there… he’s all gone…

I won’t begrudge anyone their right to say “YAY” or “OOH AHH” when they watch fireworks shows on Memorial Day or July 4th, but I don’t think I’ll be quick to join them ever again.

People are going to say I’m just being a stick in the mud, that I’m trying to ruin everybody’s good time. I’ll simply reply that if they understood even one single goddamned thing about war, it’s that it’s not something to be glorified. That’s when these preprogrammed kneejerk patriots will claim that what’s being glorified are the sacrifices our veterans have made, and I will call bullshit because I AM one of those veterans and I see full well how we are really treated in this country every other day of the year.