Why is it that every freak in America tends to gravitate to the state of Florida, the diseased penis of America? The latest example of the deranged assholes that are attracted to this goddamned state is one Dr. David McKalip who is now bathing in the tub of shit that is his ten minutes of fame for being outed as the provider of a racist picture of Barack Obama which is the one on display above. Seems that his email was intercepted and leaked to TPM Muckraker and the Orange Satan. When reached for comment by the dastardly librul media McKalip invoked the standard defense of “I am not a racist” which is right up there with Limbaugh’s “bone in the nose” or any of the rest of the cant spewed by these sort of diseased vermin. I would bet the rent that he is one of the deranged “birthers” too.

McKalip is typical of the angry white male cranks that inhabit the fascist Republikkkan party and enjoys prominent local status as a tribal leader of that pack of degenerate scum. He happens to be an organizer of those phony tea parties that mainly exist to protect the interests of tax cheats and wealthy chiselers and wrap it in a phony Revolutionary War reference that the morons and lemmings just gobble up like bullshit biscuits and beg for more. The hilarious thing about the silly teabaggers is that they are so ignorant of history that they go for it hook, line and sinker despite the REAL historical context that they are basically out there acting like assholes to protect the intrests of the ruling British Monarchy. Now I am not going to do into a diatribe about the tea parties, I have already done that and besides, as the old unwritten rule goes – if an enemy is self-destructing in an ugly and embarassing manner why not just let him continue to do so and just enjoy the show.

In addition to being the leader of Grover Norquist style astroturf organizations such as Cut Taxes Now, The Florida Taxpayers Alliance and Doctors for Patient Freedom, McKalip also happens to be a prominent neurosurgeon (one must wonder whether he offers discounts for the service of implanting dittohead brain chips) so unlike so many other of the shmucks who are caught in the net of right-wing demagogues at least he has some skin in the game, God forbid that this cheapjack pigfucker actually has to start paying his fair share of taxes. He also is the area’s most prominent fascist nutjob who works in the medical profession since a guy named Dr. Robert J. Goldstein, a Seminole podiatrist whose townhome was discovered to contain an arsenal that was the equivalent of that of a small country’s army. Goldstein, in addition to having enough explosives to level his entire neighborhood had even drawn up battle plans for an attack on Tampa Bay area mosques. “OBJECTIVE: Kill all ‘rags’ at this Islamic Education Center — ZERO residual presence — maximum effect,” the plan read.” Sweet Jesus, what the fuck is wrong with these people? 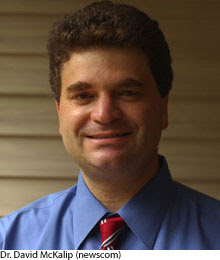 Anyway Dr. McKalip (that evil troll in the picture at the left, all that is missing are the fucking horns) has solid ‘conservative’ credentials, hell he would gladly eat a moonpie off or Rush’s hairy back (as my good buddy Dr. Bob likes to say) and to a swine like him the sweat off of Jeb Bush’s balls would be an elixir equivalent to the nectar of the gods. With the vitriol being jacked up in a daily basis and every comment out of Obama’s mouth being spun to transform him into a radical negro hellbent on enslaving the white race by a massive fascist propaganda network it is important to out these pricks at every opportunity. Set an example and engage in some cathartic public shaming.

In a bit of encoraging news Doc McKalip has resigned his position as the president-elect of the Pinellas County Medical Association. Now he can have more free time to go out and dance around with the rest of the clueless jagoffs at those moronic fucking tea parties that the angry clueless white dopes are drawn to like horseflies to fresh dogshit.

If you happen to know any lunatic mouth-breathers who are in need of having their heads surgically removed from their asses then McKalip is the guy for you – here is his website. 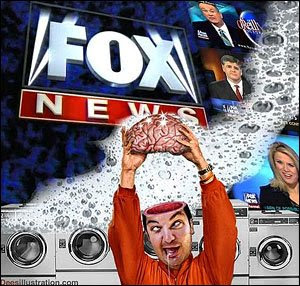