Of Flag Pins and Shirt Sleeves

Just a whimsical post this morning. Several things of varying importance have occurred to me in passing this week. I review the importance of Flag Pins, shirt sleeves and a new description of the Republican strategy for defeating the stimulus package.  You also might want to check out the new word I found to “pin” on Republicans. I share below the Fold. Enjoy!

Obama is wearing a flag pin all the time now.  I guess because he’s wearing one regularly, the Republicans feel like they can’t, since they must oppose him at every point.  Of course this is just an informal, totally unreliable survey.  Maybe you can help me.  Check the news next week and just notice who is and who isn’t wearing an American Flag pin.  Remember the brouhaha? 🙂 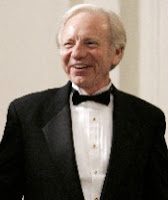 I understand now that the Republicans, led by Andy Card, are upset that Obama is in the oval office in shirtsleeves?  They feel that it disrespects the Oval Office.  That’s an interesting thing to complain about, but given the conservatives concern about purity, respect, and the trappings of democracy, completely understandable.  Superficial.  ‘nuf said.

Michael Steele is the new Republican Party Chairman.  A moderate, African-American Republican, he’s faced with redefining and rebuilding the Republican Party.  His acceptance speech announced the new direction for the Party.

And for those Democrats and others who just want to put up roadblocks and do the crazy typical play that they normally do – the name-calling, the obfuscation, and the sleight-of-hand – I don’t have time for it. Because there are important issues we have to face on the economy, the war, and issues that affect the poor, and I want to have this party in a position to move on those issues.

“Ironically, what he described is exactly what House Republicans have been doing over the past week on the economic recovery package. President Obama repeatedly met with Republicans to get their input on the bill, but instead of working with him on “the economy…and issues that affect the poor,” they made a pact to all vote “nay.”

The second part of the strategy announced by Mr. Steele was to

“use the “Contract With America” – a 1994 document created by Tom DeLay and Newt Gingrich – as a model. But as Judd Legum notes, “polls showed the vast majority Americans had never heard of it. Of the few that did know, half said it made them less likely to vote Republican.”

So to review, obfuscate and accuse the Democrats of obfuscating, introduce new ideas by re-introducing policies of the past.  Amusing……

The Republican strategy as always is to accuse the opposition of doing exactly what they themselves joyously admit is their own strategy.  From Flag Pins [who’s wearing them now] to informal dress at work, to the Republicans it’s only a game.  Attacking the opposition for whatever reason is what the opposition is SUPPOSED to do [according to them]….  sigh.  This to me is how you spell OBSTINATE:

[adjective;  stubbornly refusing to change one’s opinion or chosen course of action, despite attempts to persuade one to do so. OBSTINATE implies sticking persistently to an opinion, purpose, or course of action, especially in the face of persuasion or attack.

No matter how stubborn you are, you probably don’t want to be called pertinacious, which implies persistence to the point of being annoying or unreasonable.

PERTINACIOUS!  Use it to describe the “new” Republican strategy. They might have to look it up! 🙂