There is no Country

“Patriotism is the last vestige of Scoundrels”

“There is no spoon”

Shut the door, quickly! Keep your voice down, man. These things have to be spoken about with extreme caution. Cell phones, off, and remove your batteries. GPS and all.

Settle down, listen up.  We may only get to meet like this once.

There have always been the Elites. The moneyed, the entitled. For centuries, they worked under the guise of Country, even while using Imperialism to amass more wealth.  They had to work, use and employ the Patriotism of Country to do so. They needed the armies.

Not anymore, man, not anymore.

The game has gone Global.

Even the CEO’s with their jets are just well-paid house slaves to keep the Masters comfortable.  They believe the illusion, too.

Shhh. Hear me out. The CEO’s are patsies.

They aren’t the real power. They are the curtains. They are their Seconds taking the lance for their Knights. Hubris filled, thinking they are protecting their own power and minuscule wealth; they fight their own people.

This is a new age. I’ve talked about it before.

The Bin Ladens, the Bush’s, the Royal Families of Kuwait, The House of Saud, sure there are visible members of the Elites… but what I am telling you is that there are more, generations of more, whose names you will never know.

It matters not a whit to them whether their serfs are Vietnamese, Chinese or from India. They can with a click of their mouse, put their wealth in any Country on the Globe.

The rich don’t have borders. They have moves.

It matters not who their market is either. 45%ish of GM’s market is overseas, anyway.

So, right now, as India’s buying power is rising, thats where they sell. When they ask too many wages, the jobs will move elsewhere, and the market will follow.

They don’t even have to follow the illusion of Patriotism, because they no longer need our armies and our public permission to play Globally. Whether or not the US Government says so.

I know, you ‘re thinking if we restored accountability to those offices, we could take back some reins. Not so much, my dear friends.

Hey, keep those curtains closed. You want Blackwater, Crescent or Vinnell looking in?

They have private armies now.

Anyway, America has become a pain in their ass. Its expendable now.

They need to break the masses down. They need us to be a Third World Country, and after a time, when we are willing to work for slave wages, they’ll come back.

See, they can play the loop endlessly Globally. Pay tiny wages, increase bit by bit, making people able to buy your product, and then move the shell game elsewhere when it gets too expensive.

I’ve talked about that before, too. They left China for Vietnam, the cost of moving a factory was less than paying inflated wages.

Right now, its a series of slow-motion sieges.

Do you really think they give a fuck who is in any office here anymore?  Sure, to the extent that some are more easily made into a house-boy than others. But really? Really? All can be brought to their knees with the money. The assets. The food. Or Weapons.

Wars are an illusion to them too, just profits, and ways to bring people to bay, for their next crop.  Think about how we invest in every Country we have ever fought.

“They’ve all gone to look for America”

Yeah, I know I shouldn’t be making a joke right now.

But we can no longer have “Let them eat cake” rebellions in any one Country. They can just play elsewhere until we collapse upon ourselves.

The only way to break the cycle is to go after the source, dig? Shhhhhh. Its Class Warfare. They have created Global Warfare on the People.

We are just fodder, have been for a long time, only now they don’t have to placate any Country, any Citizenship, any so-called Patriotism. Their only loyalty is to themselves.

Their only question is “Where to next?”

“As if I really didn’t understand

That I was just another part of their plan

I went off looking for the promise

Believing in the Motherland”

Yeah, he almost got it right, but the disillusioned with Vietnam boy missed that even the war was for profit, and she ain’t gonna “Come around” or “find her conscience” as a Country.

There are no Countries any more.

You can’t bend it until you realize that much.

All we can do is fight back locally.

That is, until we manage to remind the People everywhere THERE IS NO COUNTRY and get them with us as People.

The only way to win is to fight back Globally.

The rest?  The Patriotism, is fucking illusion, dudes. Always. Was. That ended when Man stopped traveling in small Tribes.

We get all excited thinking we can make ourselves exceptional and proud again.

That was always a shadow on the cave wall.

In the past, they had to give us more, when they had nowhere else to play, that’s all. They no longer have to. Period.

They have never cared about us. They played along with our strikes, had to make concessions until they could bring all the World’s other Elites on board with Them.

They are a United Front now.

So must we be. 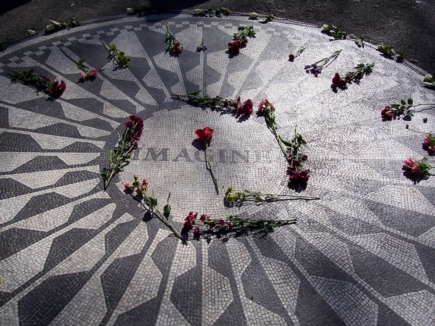 There is no Country, man.

There is Them.  There is Us.

There are no Countries.

This concludes our meeting. Pass it on, but pass it carefully.