Obama Me With Fries!

What have YOU done lately to stop the war?

Starting with the theme of Street Art and Performance.

From The Plug.  I found this site very intruiging – most of his posts are bizarre sociological experiments like this.

This guy went out to a street corner somewhere in Atlanta and held up 3 different signs with vague and ambiguous meanings.   Then he recorded how people in their cars or on the street reacted to them.  He compares and contrasts the responses to each sign.     The Hyp-hens sign was even more of a joke because he claims that he didn’t know the hyphen was in the wrong place; it should have been HY-PHEN. 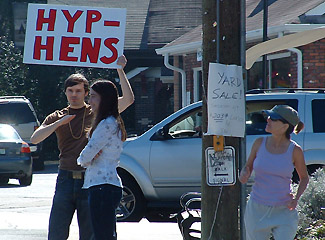 WOMAN: Why are you doing this?

PLUG: I am informing people about hyphens.

PLUG: I feel that some people could use a reminder.

Last April, 2007 Henk Hofstra created an “urban river” in Drachten, The Netherlands.   One kilometer of road painted with 4,000 liters of blue paint  and the phrase “Water is Life” written in eight-metre-high letters across it. 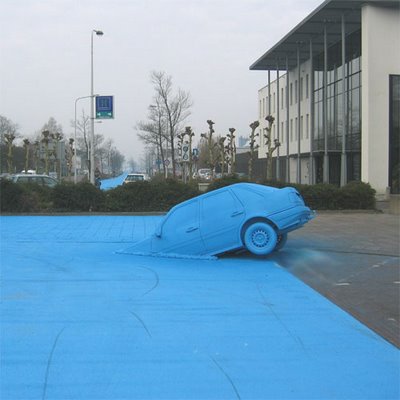 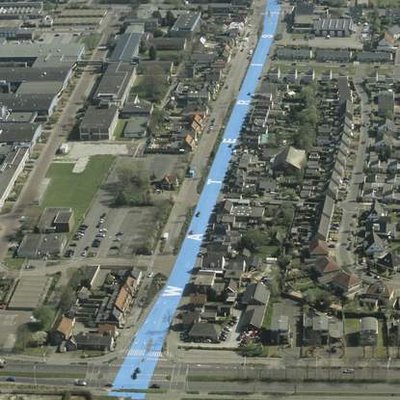 via HuffPo – Bush hams it up during the Air Force graduation last week.  Click the link for more pics – if you can stand it.   I think they’re soooo bad they’re good! 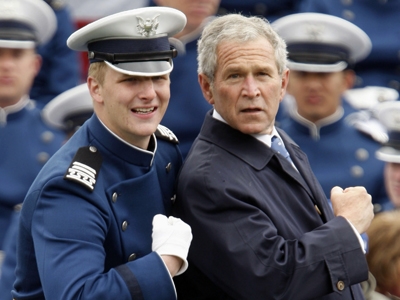 Frogs can jump only to the next rock or leap over one frog.  They can not go backwards.