I’m on Drugs and Being Tortured

OAC Archive: The Shaky Foundations of the Fight Against a Decent Minimum Wage 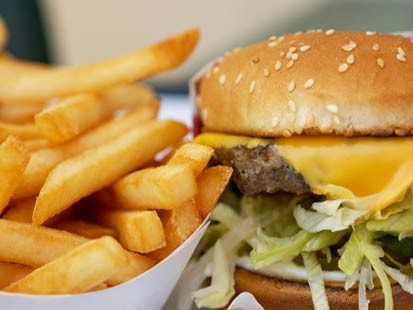 This last Sunday, I was reading the local paper, and was surprised to “learn” that the proposed rise in the Minimum Wage would cost the Buckeye State 12,000 jobs.

The source was a study from the “Employment Policies Institute”. I do not know their story, but they appear to be opponents of minimum wage increases.

Pic: Strategy: Get the Employment Impacts in Fast Food wrong, then apply statewide

(NB. This is not the image from original OAC posting)

The Model: True By Definition

I was surprised when I turned to the report that its “economic model” was extremely simplistic:

“Labour Elasticity” is in essence:

And if it is zero, or more precisely “not significantly different from zero”, then there is no positive or negative impact that can be detected.

And after digging into the studies, it turns out that the number used is very dubious. It is certainly overestimates the impact.  Even more, a study using more complete data finds that the labor elasticity in this particular situation does not have a statistically significant sign at all, neither positive nor negative.

THE DEVIL IN THE DETAILS: OVERVIEW

Where does the EPI report get their number for labor elasticity? It turns out that the source of their number is very dubious. It is based on a comparison of fast food restaurants in bordering areas in New Jersey and Pennsylvania during a period when New Jersey had a minimum wage set higher than the national minimum.

The negative elasticity model is a “comment” disputing an earlier finding on the same problem that found a very small positive labor elasticity that was not significantly different from zero.

And the “reply” that follows directly after showed that the negative elasticity is based on flawed data. First the “reply” repeats the original analysis with better data, and repeats the original result – mostly positive values, but not high enough to be statistically significant. Then it looks into the “comment” article to find out why it arrived at different conclusions.

In particular, it is data from one Burger King chain in Pennsylvania that provides the statistical significance for the study that gives the negative labor elasticity. It is therefore likely that the labor growth that the employment growth that Neumark and Wascher (2000) attribute to a lower wage is in fact due to gaining much of their Pennsylvania data from an operation that was growing its share of the fast food market at the time.

That is, the study of the impact of minimum wage increases gets their “elasticity”, which is the sum total of their model, from:

trying to shoot down the conclusions of David Card and Alan Krueger in 1994. And directly after their article is:

So, Who is the Employment Policies Institute, Anyway

No, I mean it, who are these people? That is, this is a blog, not a magazine article, so I reckon I’m allowed to ask a question when I don’t know the answer myself.

If anyone knows what the story is with the Employment Policies Institute, it will be handy as I try to find newspaper reporters who are conned by the official-looking “The Effects of the Proposed Ohio Minimum Wage Increase”.