The Breakfast Club (Carriers Of Civilization)

In one of my travels with ek hornbeck, we came across a beaver damn in a pond near Stars Hollow North Lake. ek had to get pictures so we stopped. He took this picture, just one of many that we are still trying to download and categorize. 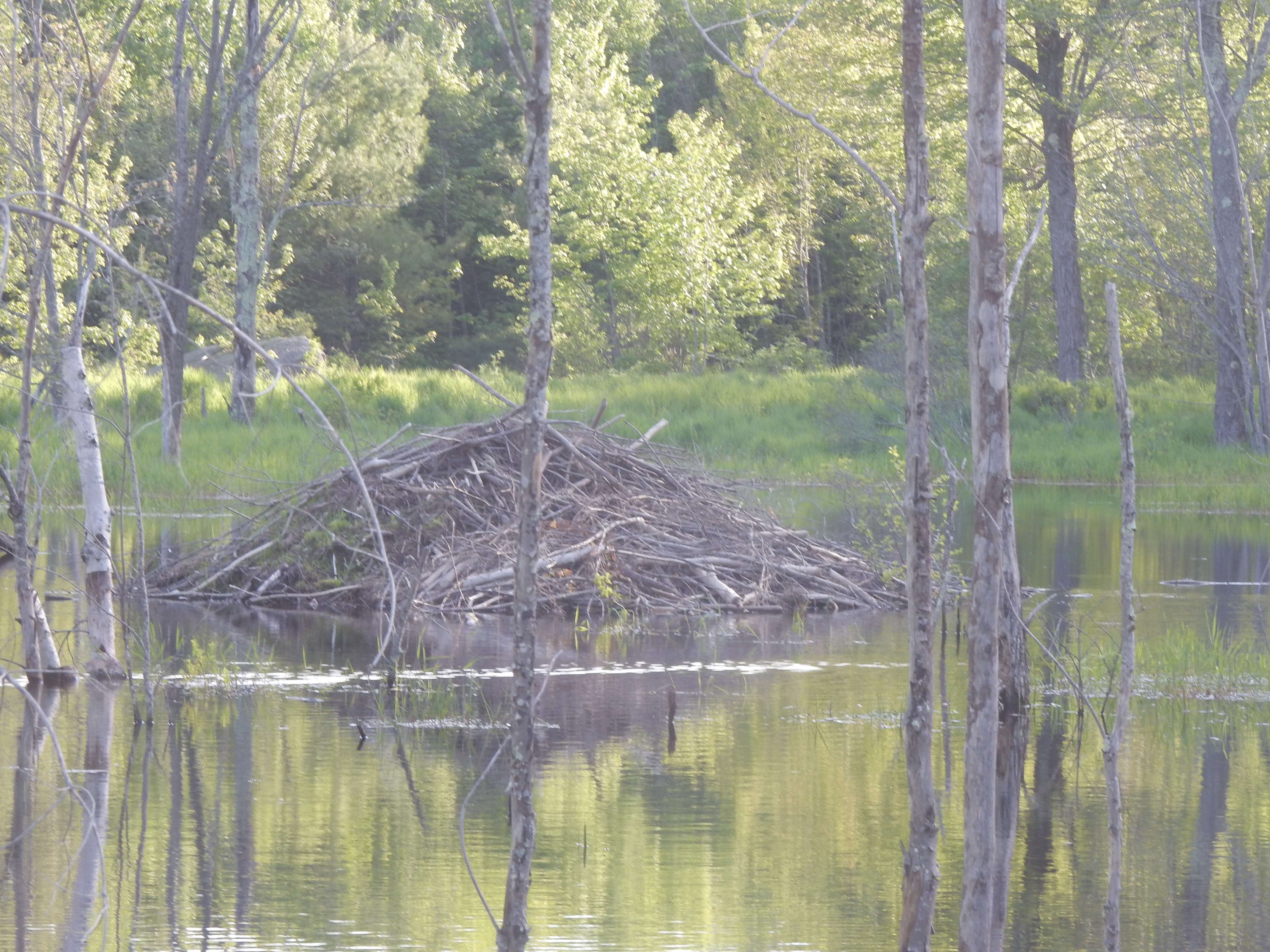 Kind of difficult to take out, the dam I mean. It’s the main access to that part of the Farm (unless you want to cross cow patty field) and it has a big old culvert draining it (I’m standing right on top of it for this shot) that the Beavers plug up every Winter and you have to uncork every Spring unless you simply replace the culvert and roadbed when the big melt does it for you.

After he got back in the car and we headed up to Stars Hollow North, he began expounding on Giant Beavers that had lived thousands of years ago.

When I was browsing through the YouTubeverse, I found this video of the collapse of a gigantic beaver damn in Cook, Minnesota that would have certainly triggered another lecture from ek about beavers.

Rick Smith took drone footage of this lovely beaver dam and pond in northern Minnesota. Beavers worked on this dam for seven years. Then it collapsed.

The water from the pond drained in about four hours. Smith said,

We own the property that this dam is built on and were totally heartbroken when this dam gave way. The beauty of this natural setting is why we bought the property in the first place. We had no part in the destruction of this dam. It merely could not take the pressure of two week of heavy rain draining into beaver pond flood plain. Also, the beavers built it too high, 9 Ft. It was an engineering marvel. Double decker beaver dams are not that common.

But the beavers didn’t give up. Within six weeks of the collapse, they had rebuilt the dam to about four feet.

No one was injured in the collapse and a year and a half later, the beavers had rebuilt the dam.

This video documents a Beaver Dam collapse and rebuild on our property in Northern Minnesota. This is an update video depicting the beavers progress 1 1/2 years after a total dam collapse. The dam was an engineering marvel as it was a double decked holding back over 9 ft of water. The collapse was spontaneous and a total shock to us. We just happened to be there when it gave way. The collapse was caused by heavy rains the week earlier and not human intervention.

As of May of last year, the damn was seven feet tall, still short of the original but give them time. Wild life had, also, returned.