The Breakfast Club (Enough Is Enough)

What You Need To Know About The CoVid-19 Vaccines 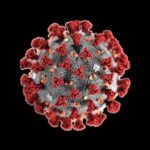 I haven’t written much about the Co-Vid-19 pandemic since it started other than to tell people to heed the warnings about wearing a mask, avoiding crowds, social distancing, and the use of a 60% alcohol hand sanitizer when you can’t wash your hands with soap and warm water. While not yet available to the general public, the vaccines are here. Two from Pfizer and Mederna are available to hospital staff, first responders and nursing homes. The shot is administered into the deltoid muscle of the upper arm. A second shot is requires 21 days after the first to acquire immunity.

Most people will have no side effects other than a sore arm There have also been reports of fever and body aches. So far there has only been 11 allergic reactions that occurred in individuals with a history of severe (anaphylactic) reactions to foods and drugs. That’s a very low number considering there have already been over two million people who have received the first dose. The CDC has issued new guidelines recommending that everyone who received a vaccine be observed for at least 15 minutes. Those with a history of severe allergic reactions to pretty much anything should be observed for 30 minutes.

Of course, as with anything new, there is a lot of misinformation mostly coming from social media web sites that are opposed to all vaccines for various unfounded reasons. Some of these sites are run by famous people who have a large readership. The anti-vax movement got greater media coverage during the measles outbreak in 2019. It sowed doubts about the safety of the measles, mumps and rubella vaccine in the midst of the outbreak falsely claiming that government health care regulators had abdicated their responsibilities to ensure the safety of vaccines. There was also the nonsensical claim that the MMR vaccine was the cause of autism. All of these claims have no basis in facts. Facebook and Twitter no longer allow anti-vaccine ads.

All vaccines undergo rigorous testing and trials before being reviewed and approved by the FDA. The Pfizer vaccine was administered to more than 20,000 participants in clinical trials; 15,000 participants received the Moderna vaccine. Both trials concluded that the vaccines were safe.

It is very hard to convince people that their fears are unfounded and that vaccines are safe. As I pointed out at the beginning of this post, 2.1 million people have already received the first dose with just 11 serious reactions. That’s .00055% with severe reactions.

Dr. Aaron E. Caroll is a professor of pediatrics and associate dean for research mentoring at the Indiana University School of Medicine. He writes in a New York Times Op-Ed that the shot is safer than the disease:

Anaphylaxis — a potentially life-threatening allergic reaction — is nothing to be ignored. It’s most commonly associated with allergies to foods, like peanuts, or bee stings, and it’s the reason many people carry EpiPens. Often, immediate administration of epinephrine is the only thing that can prevent death.

Even so, an average of around 60 people die each year from hornet, wasp and bee stings and three times as many die from food allergies. When the C.D.C. updated its guidance, at least six out of hundreds of thousands of recipients had experienced a severe allergic reaction, but all of them recovered with treatment.

But put those numbers in context: More than 2.1 million people in the United States have received a dose of a vaccine at this point. So far, according to reports, about 11 severe allergic reactions — representing about one in 190,000 doses administered — have been noted. This is still higher than the overall rate of anaphylaxis in vaccinations, at 1.3 per one million given, but that may be only because we are being much more careful about monitoring reactions at the moment.

Context also matters. About one in 10 Americans have reported an allergic reaction to penicillins. About one in 100, perhaps, have a true allergy to that class of drugs (I’m one of them). Between one in 2,500 and one in 5,000 experience anaphylaxis. But pediatricians like me dispense penicillin all the time, with minimal concerns. We do so because most allergic reactions are minor and serious ones can be managed, and because we believe that the benefits outweigh the harms.

Every potential bad outcome of a Covid vaccine should be weighed against the chance of getting sick or dying from the disease.

Using data from Indiana, which has conducted multiple statewide studies on the prevalence of Covid-19, colleagues from the I.U.P.U.I. Fairbanks School of Public Health and I calculated the disease’s infection fatality rate. We found that, for people 60 years and older who were not living in jails or nursing homes, Covid-19 killed about one in 58 of those infected. For people between the ages of 40 and 59, it was about one in 833, and for people younger than 40 it was about one in 10,000. For those who were not white, the fatality rate was more than three times that for whites.

While a vast majority of people who develop Covid-19 survive, more than 670,000 Americans have been hospitalized with the disease this year; scientists are still struggling to treat so-called long-haulers, who endure long-term effects of the disease. A recent study in JAMA Internal Medicine also showed that when the coronavirus is more prevalent in an area, outcomes worsen. Surges are occurring all over now.

Getting a vaccine appears to be orders of magnitude safer than getting infected with the virus.

In order for the crisis to end, we need herd immunity. The only way to reach that is to get most people immunized or infected. Based on the numbers above, the latter would be a tragedy. Scaring people unnecessarily away from the former would result in more infections, more deaths and more economic and societal hardship. We should definitely be transparent and plain about the risks and benefits of the vaccines, but we need to put numbers in context of the risks of Covid-19.

Dr. Caroll notes that vaccines aren’t perfect. We may see people who have been vaccinated get sick with the virus. Hopefully, they won’t get as sick as they would have without the vaccine. It doesn’t mean that the vaccine is a failure.

Even after you have been vaccinated you must still continue with precautions: wearing a mask, avoiding crowds, social distancing, and the use of a 60% alcohol hand sanitizer when you can’t wash your hands with soap and warm water. We can only achieve herd immunity with 70% of the population vaccinated. It can be done as it was with small pox and measles before 2019.

Because I am a health care worker and in a high risk category, over 70, I am getting the shot Monday. Like Dr, Caroll, I am high risk of a reaction because of past anaphylactic reactions to medications. Getting Co-Vid-19 scares me but getting the vaccine far outweighs the risk of getting the disease, so I am doing this for myself and my family.

There’s a real chance we can stop this pandemic in 2021 if we get this right.