The Breakfast Club (Every Voice Heard) 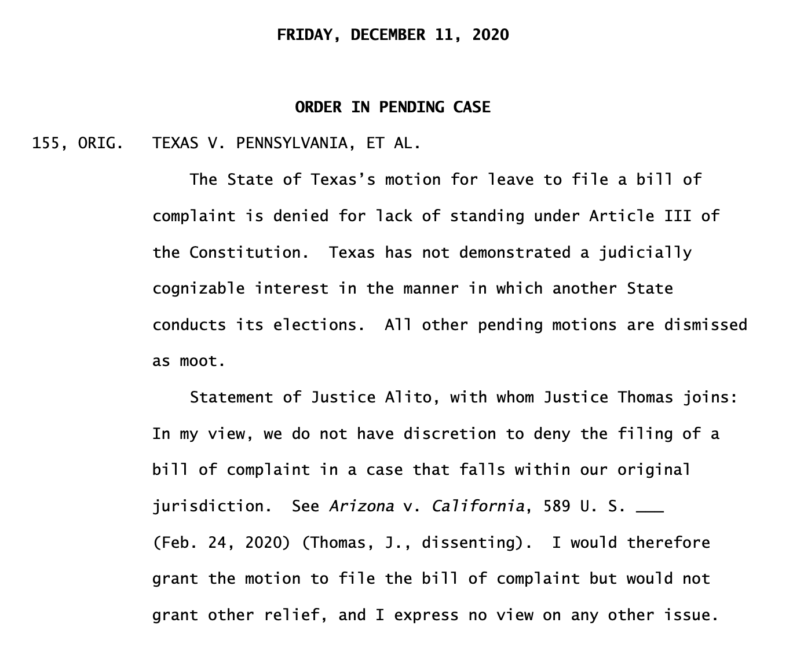 It was turned down for lack of standing.

Ed. It is my understanding, IANL, is Texas etal. were asking for an injunction that would have prevented the four states, Pennsylvania, Michigan, Georgia and Wisconsin , from casting their Electoral College votes on Monday thus throwing the election to the Squatter. The objection from Alito and Thomas was that they anted to hear the arguments but would not have signed onto an injunction. Thus, the vote was 9 – 0, closing the door on the seditionists.