The Breakfast Club (Life Is What Happens) 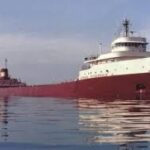 When the SS Edmund Fitzgerald was launched on June 7, 1958, she was the largest ship on North America’s Great Lakes. Today, we mark the 45th anniversary of the sinking of the Edmund Fitzgerald taking her 29 crew members with her to the bottom of Lake Superior during one of the worst of the legendary November storms. She remains the largest ship ever to have sunk there. Tonight the Marquette Maritime Museum in Marquette, MI is holding a series of virtual events to honor the memory of the Edmund Fitzgerald and her crew. A remembrance ceremony is slated to begin at 6:30 p.m. at the high school, which is located at 329 Vine St. Co-sponsors of the one-hour event are the Fairport Harbor Historical Society and United States Coast Guard Station Fairport.

Doors for the program open at 6:15 p.m., and everyone who attends must wear a mask and abide by all regulations aimed at preventing the spread of the novel coronavirus. Seating will be configured to ensure proper social distancing throughout the auditorium. Edmund Fitzgerald artifacts from the Fairport Marine Museum and Lighthouse will be on display during the program. 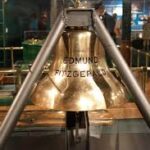 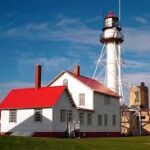