Six New York Times columnists weighed in on the 2020 Democratic presidential primary candidate, each making the best case for one of the top six in the running.

She wants to purify capitalism so it works as it should. 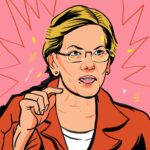 On Tuesday night, after the latest Democratic debate, Ann Coulter tweeted, “Sen. Warren has convinced me that Bernie isn’t that worrisome. He’ll never get anything done. SHE’S the freak who will show up with 17 idiotic plans every day and keep everyone up until it gets done.” Vicious reactionary that she is, Coulter cut to the heart of Elizabeth Warren’s promise.

Warren has an almost supernatural ability to identify problems before anyone else, and to work relentlessly to solve them. Of all the Democratic candidates, she would make the most effective president. (Full disclosure: My husband, a graphic designer and creative director, works as a consultant for her.)

In 2007, Warren, then a Harvard law professor, wrote an article in the journal Democracy calling for the creation of what she called a Financial Product Safety Commission. “It is impossible to buy a toaster that has a one-in-five chance of bursting into flames and burning down your house,” she wrote. “But it is possible to finance an existing home with a mortgage that has the same one-in-five chance of putting the family out on the street.” This was before a cascade of mortgage failures set off the financial crisis, which she foresaw.

He’s a practical manager who can get things done. 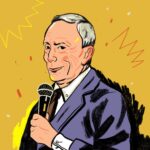 The best case for Mike Bloomberg is that he’s a brilliant debater who has a witty riposte for every line of attack.

We need somebody who can actually lead a government, staff an administration with talented professionals and do the mundane but essential tasks of pushing legislation and executing laws. We need somebody who will turn down the ideological temperature, so we don’t rip ourselves apart as a nation. We have enough politicians who cater to people who treat politics as the place they go to get self-indulgent moral affirmation baths. We need someone who can improve the lives of actual Americans.

Bloomberg was one of the most successful mayors of this century. He was a Republican who left office with two-thirds of New Yorkers saying he made their city a better place.

Despite his age, he promises a true break with the past. 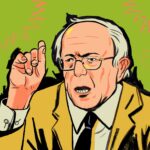 If he wins the nomination, whether outright or at the Democratic Party convention this summer, Senator Bernie Sanders will be the most left-wing politician ever nominated for president and the only self-described “socialist” to ever run on the ballot line for either of the two major parties.

Many Democrats, especially moderates, think this is a disaster in waiting. They look back to 1972, when a different left-wing senator, George McGovern of South Dakota, was crushed by Richard Nixon, losing his home state and 48 others. They see a winnable election against a vulnerable incumbent potentially squandered by a candidate with radical views. They think Sanders will not only give Trump a victory, but a decisive one.

This could happen, but it probably won’t. The persistent belief that Sanders is unelectable is unfounded. The evidence says he can win. 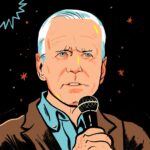 The Democratic Party has an opportunity: Donald Trump’s chronic unpopularity, even in the midst of solid economic growth, means that 2020 is a once-in-a-generation chance to really go for it — to nominate the leftward-most candidate, reverse Ronald Reagan’s 1980s revolution and pull the whole political system decisively toward social democracy.

To nominate Joe Biden is to pass up that opportunity.

The Democratic Party has a choice: to root itself anew in working-class politics, trying to weld together the interests of younger Americans with downscale and service-sector voters, or to lean into its emerging identity as an upper-middle-class coalition, a party of progressivism and technocratic competence.

To nominate Joe Biden is to duck that choice.

This combination — plus, let’s be frank, Biden’s fumbling, wavering, I’m-too-old-for-this persona — explains why it’s so hard to find passionate supporters of the former vice president among pundits and commentators, real-world activists and Twitter agitators. To choose Biden over the more interesting options, over Bernie Sanders and Mike Bloomberg and Elizabeth Warren and Pete Buttigieg, is to choose the past over the future, sustainable decadence over dynamism and drama, the same old ineffective establishment over a more decisive break.

She can win over the voters that Democrats need. 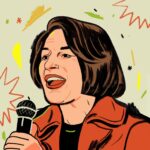 Since President Trump took office, Democrats have been having a passionate debate about what matters more: increasing progressive turnout or winning over swing voters. And there is no doubt that both tactics help Democrats win elections. But the evidence about which tactic matters more is pretty overwhelming. Persuasion does.

Take one stark pattern: In the 2018 midterms, many Democratic candidates who ran persuasion campaigns flipped areas that had gone for President Trump in 2016. Not a single Democrat won a competitive state or House district with an unabashedly progressive campaign. [..]

The best case for Amy Klobuchar is that she’s the only remaining candidate with a track record of winning over the kind of voters that the Democrats will need to beat Trump. She has built her career on a middle-class image that avoids the leftism of Sanders or Warren and the elitism of Buttigieg or Bloomberg. As for Biden, Klobuchar looks sharper than he does — and she has a much more impressive electoral history.

He could heal a fragmented nation. 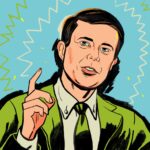 In different circles at different points over the past year, it has been fashionable to hate Pete Buttigieg: He’s too clearly full of himself. He’s too far ahead of himself. What business does the 38-year-old former mayor of a relatively small city have running for president? What real claim to the job?

How about this: He has drawn closer to it than prominent senators who came out of the gate with much more heat on them and were gone even before Iowans caucused. He outpaced and outlasted seasoned governors whose popularity across a broad section of the political spectrum was supposed to be electoral magic. Before hitting a snag in Nevada, he had more delegates from Iowa and New Hampshire than any of his rivals for the Democratic presidential nomination, including Bernie Sanders and Joe Biden, who began building their political bases and growing their political careers before Buttigieg was born. His surname is a nearly impenetrable thicket of consonants (BOOT-edge-edge), and yet tens of millions of Americans can now pronounce it just fine.

You cannot chalk that up to novelty. You cannot call it a fluke. It’s a powerful testament to his knack for fashioning a message that resonates with Americans, delivering it clearly, avoiding unnecessary trouble and mobilizing support. Those talents are precisely the ones that the person sitting at the Resolute Desk needs most. Buttigieg’s campaign is his credential, and it’s a compelling one.