Havrin Khalaf. Say Her Name ECHIDNE OF THE SNAKES

Donald Trump got her killed by giving Recep Tayyip Erdoğan a green light to tell his thugs to go and kill her, by reassuring him that the US troops won’t stand in the way. Dictators are, after all, brothers under the skin.

And somewhere in the background yet another dictator, Vladimir Putin, cannot believe his luck! He only meant to mess with the Americans a little, he never imagined that he would topple over the most powerful country on earth and get its leader to function as his liege.

Havrin Khalaf was the secretary-general of the Future Syria party and a women’s rights advocate. She and her driver were gunned down at a checkpoint in Northern Syria,* perhaps because she was a Kurdish politician who wanted to see women in the area gain more rights. 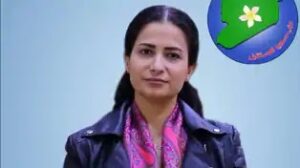 * She was a civilian, and so was her driver who was also killed.

On Saturday, October 12, Ahrar al-Sharqiya set up a checkpoint on the M4 highway in Tal Abyad and fired at vehicles full of civilians, including an armored SUV carrying women’s rights activist and secretary-general of the Future Syria party, Havrin Khalaf.

An open-source analyst who goes by the handle obretix identified the location as a stretch of motorway in Raqqa governorate between Ayn Issa and Al Hasakah, south of Tal Abyad and northeast of Raqqa city.

Graphic photos and a video that later circulated on social media purported to show Khalaf’s vehicle and her dead body, and the Syrian Democratic Council confirmed she had been killed. The SDC, part of the autonomous administration in northeast Syria, blamed the attack on Turkey, which supports Ahrar al-Sharqiya.