Why aren’t we talking about Impeachment?

The Breakfast Club (Another Word) 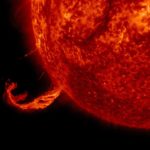 The sun reached the Tropic of Cancer this morning at 6:07 AM ET and instantly started its return journey to the south. Summer is here at last. The sun here was blocked by the last of the spring showers that slipped through the north east during the night. As the morning wore on the sunshine reigned supreme on the longest day of the year. The length of today at this latitude is 15 hours and 5 minutes but light will last over 16 hours until the last o the suns light fades beneath the horizon. We have seasons because the earth is tilted about 23.5 degrees causing each hemisphere to receive different amounts of the light as the planet orbits the sun. In June the North receives the most light while the South gets the least.

Probably not, although it’s close. And the reason why is quite interesting. Joseph Stromberg did a fantastic deep dive into this topic for Vox a few years back, but here’s the two-minute version.

Ever since the Earth has had liquid oceans and a moon, its rotation has been gradually slowing over time due to tidal friction. That means — over very, very long periods of time — the days have been getting steadily longer. About 4.5 billion years ago, it took the Earth just six hours to complete one rotation. About 350 million years ago, it took 23 hours. Today, of course, it takes about 24 hours. And the days will gradually get longer still.

Given that, you’d think 2018 would be the longest day in all of history. But while it’s certainly up there, it doesn’t quite take top honors.

That’s because tidal friction isn’t the only thing affecting Earth’s rotation; there are a few countervailing factors. The melting of glacial ice, which has been occurring since the end of the last ice age 12,000 years ago (and is now ramping up because of global warming), is actually speeding up Earth’s rotation very slightly, shortening the days by a few fractions of a millisecond. Likewise, geologic activity in the planet’s core, earthquakes, ocean currents, and seasonal wind changes can also speed up or slow down Earth’s rotation.

Eventually, the effects of tidal friction should overcome all those other factors, and Earth’s days will get longer and longer as its rotation keeps slowing (forcing timekeepers to add leap seconds to the calendar periodically). Which means that in the future, there will be plenty of summer solstices that set new records as the “longest day in Earth’s history.”

The Summer Solstice has has links to many ancient cultural practices as different cultures have celebrated it being symbolic of renewal, fertility and harvest. At Stonehenge in Wiltshire, England, where the rising sun and the ancient stones align on the Solstices, hundreds of Pagans and non-Pagans gather each Summer Solstice to celebrate at dawn. Another ritual is a fire ritual to celebrate the occasion. People with unlit candles forming a circle around a large central candle and lighting theirs off it one at a time.

In Sweden, it’s traditional to eat your way through the entire day. Feasts typically involve lots of potatoes and herring. 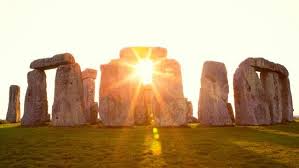 ONCE, HUMANS were intimate with the cycles of nature, and never more than on the summer solstice. Vestiges of such awareness survive in White Nights and Midnight Sun festivals in far northern climes, and in neo-pagan adaptations of Midsummer celebrations, but contemporary people take little notice of the sun reaching its far point on the horizon. Tomorrow is the longest day of the year, the official start of the summer season, the fullest of light – yet we are apt to miss this phenomenon of Earth’s axial tilt, as we miss so much of what the natural world does in our surrounds.

In recent months, catastrophic weather events have dominated headlines as rarely before – earthquakes and tsunami in Asia; volcanic cloud in Europe; massive ice melts at the poles; tornadoes, floods, and fires in America. “Records are not just broken,” an atmospheric scientist said last week, “they are smashed.” Without getting into questions of causality, and without anthropomorphizing nature, we can still take these events as nature’s cri de coeur – as the degraded environment’s grabbing of human lapels to say, “Pay attention!”

Tonight I’ll be lighting a fire in the pit, cooking under the open sky and putting by bare feet on the warm earth and reaching my arms to the sky in wonder.