William K. Black is an Associate Professor of Economics and Law at the University of Missouri – Kansas City (UMKC). He was the Executive Director of the Institute for Fraud Prevention from 2005-2007. He has taught previously at the LBJ School of Public Affairs at the University of Texas at Austin and at Santa Clara University, where he was also the distinguished scholar in residence for insurance law and a visiting scholar at the Markkula Center for Applied Ethics.

In April 2009 Black alleged in an explosive interview with Bill Moyers that American banks and credit agencies had conspired to create a system in which so-called “liars loans” could receive AAA ratings and zero oversight, amounting to a massive “fraud” at the epicenter of US finance, equated the entire US financial system to a giant “ponzi scheme” and charged Treasury Secretary Timothy Geithner, like Secretary Henry Paulson before him, of “covering up” the “truth”.

Black’s 2005 book, The Best Way to Rob a Bank is to Own One is a classic insider’s account of how financial super predators brought down the S&L industry with massive accounting fraud. Paul Volcker praised its analysis of the critical role of Bank Board Chairman Gray’s leadership in reregulating and resupervising the industry:

Bill Black has detailed an alarming story about financial – and political – corruption. The specifics go back twenty years, but the lessons are as fresh as the morning newspaper. One of those lessons really sticks out: one brave man with a conscience could stand up for us all.

How Low Will They Go?

The Obama administration has gone over to the dark side with stretching the “terrorist” category, going far further that Bush or Cheney would ever had dreamed. They have now compared an uprising in 1818 by the Seminole tribes in Florida to Al Qaeda to justify prosecutions of detainees at Guantanamo

Seminoles in 1818 similar to al Qaeda in 2001? Some Pentagon prosecutors appeared to make this analogy to support a Guantánamo war crimes conviction, then clarified in a war court filing.

Pentagon prosecutors touched off a protest – and issued an apology this week – for likening the Seminole Indians in Spanish Florida to al Qaeda in documents defending Guantánamo’s military commissions.

Citing precedents, prosecutors reached back into the Indian Wars in arguments at an appeals panel in Washington D.C. Specifically, they invoked an 1818 military commission convened by Gen. Andrew Jackson after U.S. forces invaded then-Spanish Florida to stop black slaves from fleeing through a porous border – then executed two British men for helping the Seminole Indians.

“Not only was the Seminole belligerency unlawful, but, much like modern-day al Qaeda, the very way in which the Seminoles waged war against U.S. targets itself violate the customs and usages of war.”

A native American advocacy group complained to the military court. Defense lawyers for two Yemenis convicted of war crimes at Guantánamo countered that the behavior of Jackson, the future U.S. president now on the $20 bill, was no shining example of American military justice.

A politically ambitious Jackson, defense lawyers wrote, waged “an illegal war” that set fire to entire Indian villages “in a campaign of extermination.”

In the legal precedent, U.S. troops convicted two British traders, Alexander Arbuthnot and Robert Ambrister, for helping the Seminoles and escaped slaves and sentenced them to a whipping. Jackson, a slave owner, declared the punishment too soft. He had them executed.

Florida historians are familiar with the episode.

“Arbuthnot was hanged from the yard arm of his own ship,” said University of Florida history professor Jack Davis. “Ambrister was killed by firing squad.”

At issue in the Court of Military Commissions Review is whether a newly minted post 9/11 war court crime – providing material support for terror – is legitimate for prosecution at a war crimes tribunal.

Marcy Wheeler at FDL comments that “our government is siding with slavery, genocide of Native Americans, and Andrew Jackson’s illegal belligerency, it is citing our own country’s illegal behavior-to find some support for the claim that material support is a military crime.”

Defense Department general counsel Jeh Johnson sent a letter of apology to the Seminole tribe but didn’t back away from the analogy.

But Defense Department general counsel Jeh Johnson made clear in the single-page letter that the U.S. government was standing by its precedent from Gen. Andrew Jackson’s Indian Wars in its bid to uphold the life-time conviction of Osama bin Laden’s media secretary at Guantánamo’s Camp Justice.

Johnson delivered a speech at the Pentagon in commemoration of Martin Luther King day that twisted Dr. King’s antiwar philosophy into support for the Afghan and Iraq wars.

And so it is that our government clings desperately to one of the darkest chapters of our history to legitimize its current actions. Rather than reflect on what that means-how damning it is that we can point only to Andrew Jackson’s illegal treatment of Native Americans to justify our current conduct-the government says simply, “a precedent is a precedent!”

Obama’s boys have now thrown Native Americans under the bus. Welcome, my friends, you have lots of company.

A Syrian plan to attack protesters?

WASHINGTON – A document purportedly drafted by senior Syrian intelligence officials details a chilling plan to infiltrate the ranks of anti-regime protesters, arrest and assassinate their leaders, and link anti-regime demonstrations to the work of “Zionist” and other outside agitators.

The document was circulated by Syrian opposition figures Wednesday and cited by dissidents as fresh evidence of the brutality of the regime of President Bashar Assad. “It is very scary – this is the work of a Mafia state,” said Radwan Ziadeh, a prominent Syrian human rights activist and visiting scholar at George Washington University, who said he obtained the document from sources inside Syria on Tuesday night.

What could possibly go wrong?

“This ‘operations first, safety second’ approach and the failure to learn the lessons from the 2007 quake was the cause of the Fukushima Dai-Ichi nuclear disaster,” said Philip White, international liaison officer at the Citizens’ Nuclear Information Center in Tokyo. “How many more disasters will it take?”

Three of seven reactors at the Kashiwazaki Kariwa station are closed while Tepco strengthens structures to improve their resistance to earthquakes. Work can continue at two units, while Unit 3 is restarted, Shimizu said yesterday.

Tepco Said to Plan for Three Months of Cooling at Fukushima

Tokyo Electric Power Co. estimates the fight to stabilize its crippled Fukushima reactors will last through June, leaving the plant vulnerable to further earthquakes and radiation leaks, according to a person briefed by the utility on its recovery plan.

While Tokyo Electric’s plan for ending the crisis says getting exposed fuel rods covered with water again is one measure of stabilization, according to the person briefed on the document, the utility’s data shows pumping efforts have failed to raise the water level more than 20 centimeters in the 35 days since the disaster started.

Of course, that 90% claim was total hooey; it turns out that only 3% of Planned Parenthood’s work relates to abortions. (The Federal funding for abortions part is, too; the Hyde Amendment made such funding illegal decades ago.)

When confronted, Kyl’s office released a statement claiming the Senator’s comments were “not intended to be a factual statement”.

Sir Rev. Dr. Stephen T. Colbert, DFA, decided to have a bit of fun with Kyl, and he challenged his audience to Tweet their own “Not Intended To Be A Factual Statement” about Kyl.

I decided to compose a Tweet of my own…and then another…and before I knew it I had an entire story’s worth; that’s why, today, we’ll be taking a taking a short break from the daily grind to have a bit of fun with a man who truly deserves it: Jon Kyl.

I didn’t listen to or read Obama’s ration of shit to appease the left.  He’s clearly in campaign mode, and a known liar to boot.  The wreck list at Kos is full of credulousness and praise and donations, whereas Lambert mocked Booman’s swooning response, and Ian Welsh rolled his eyes and welcomed us all to 1970’s style stagflation.  Msnbc’s Ed Schultz said he hallucinated that he wrote Obama’s speech his-own-goddamned-self.  Woot!   Should I mention that Moe Lane of redstate is finally done with President Obama?  Moe’s now on a steady diet of spinach and fear-factor worms to fight to the finish.  “Oy,” as they say.

Meanwhile, whassup with the cheese-eating surrender monkey-frogs?  Punching “above their weight” in Libya and Cote de Ivoire, and shit.  Damn, French people!  Y’all are going post-colonial apeshit, and shit.  Like a real super-power.  Wasn’t that long ago (9/11, 2001) when my homey Olivier and y’all were tittering in American ivory tower elevators about righteous blowback for American over-reach in the very hour when Americans were being consumed in flames.  To the extent that the official 9/11 story is true, which is probably not very, you were right, Olivier, of course, but still, you’re a fucking savage. 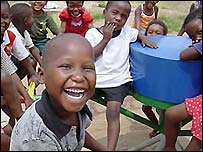 #Not Intended To Be A Factual Statement

Stephen Colbert has had a grand time taking on Sen. Jon Kyl’s blatant lie on the Senate floor that Planned Parenthood is using 90% of its services for abortion, when it’s actually about 3%. Kyl’s spokes person tried walking back the lie but Stephen took it to Twitter creating this hash-tag, #NotIntendedToBeAFactualStatement