This video courtesy of the BP live webcam addicts at the Oil Drum.  http://www.theoildrum.com/node…

When we last left our ongoing story of why The Brightest Minds in Govt. Science were giving BP permission to keep  ****ing around playing with their broken oil well, instead of completing the Bottom Kill cementing, BP was observed to be moving Giant Tools towards the Macondo 252 Deepwater Horizon oil well again, then Adm. Allen had to give out matching narrative after a few news cycles as to what the fooking h*ll they were really doing.

They wanted to look inside the old BOP, and go fishing and pull the old drill pipe out of the well bore. Bottom kill, schmottom kill, the Lawyers need evidence to sue each other for the next 2 decades.

So far, they took the very top lid off the new BOP and Stacking Ram they mounted on the old one,  and peered inside, and noticed that the brand new BOP and 3 blade Stacking Ram had 1 Shear Ram that was stuck in a half open, half shut position so they couldn’t get down and look into the other parts.

Okay.  No problemo.  Just spend a week trying to jimmy the the thing open again. 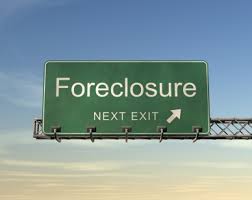 They Go or Obama Goes

Barack Obama and the Democrats he led to a stunning victory two years ago are going down hard in the face of an economic crisis that he did nothing to create but which he has failed to solve. That is somewhat unfair because the basic blame belongs to his predecessors, Bill Clinton and George W. Bush, who let the bulls of Wall Street run wild in the streets where ordinary folks lived. And there was universal Republican support in Congress for the radical deregulation of the financial industry that produced this debacle.

The core issue for the economy is the continued cost of a housing bubble made possible only after what Clinton Treasury Secretary Lawrence Summers back then trumpeted as necessary “legal certainty” was provided to derivative packages made up of suspect Alt-A and subprime mortgages. It was the Commodity Futures Modernization Act, which Senate Republican Phil Gramm drafted and which Clinton signed into law, that made legal the trafficking in packages of dubious home mortgages. In any decent society the creation of such untenable mortgages and the securitization of risk irrationally associated with it would have been judged a criminal scam. But no such judgment was possible because thanks to Wall Street’s sway under Clinton and Bush the bankers got to rewrite the laws to sanction their treachery.

It is Obama’s continued deference to the sensibilities of the financiers and his relative indifference to the suffering of ordinary people that threaten his legacy, not to mention the nation’s economic well-being. There have been more than 300,000 foreclosure filings every single month that Obama has been president, and as The New York Times editorialized, “Unfortunately, there is no evidence that the Obama administration’s efforts to address the foreclosure problem will make an appreciable dent.”

Oh Really: “the failed stimulus bill” as Related to Veterans


Aug 25, 2010 – Washington’s U.S. Senate race heated up Wednesday as Sen. Patty Murray and challenger Dino Rossi battled over veterans’ care and spending. A KOMO News story ignited controversy after a Rossi supporter and veteran Deryl McCarthy told KOMO it was time to take a much closer look at spending, including money aimed at helping veterans.

Murray’s campaign seized the moment by issuing a statement that said, “Following KOMO News’ report yesterday that Dino Rossi’s campaign believes our country is ‘spending recklessly’ on the Veterans Administration, U.S. Senator Patty Murray and veterans from around the state will hold a conference call with reporters this afternoon to call on Rossi to explain his campaign position and define which VA services need to be cut.”

Murray held that call on Wednesday.

Rossi’s campaign then issued its own statement late Wednesday afternoon:

As economy slows and Fed voices conflict, markets look to Bernanke for guidance

Facing jail, the unarmed activist who dared to take on Israel

US warns of threat to foreign aid workers in Pakistan

Mexico: bleeding to death in the war on drugs

Come join in on our interview with Mattilda Bernstein Sycamore. Check out her blog “NOBODY PASSES, darling”!

Mattilda was recently interviewed on NPR and Pacifica where she talked about the malevolence of the mainstream gay marriage/military/ordination-to-the-priesthood movement, resisting the violence of assimilation, gender fascism, gay hyperconsumerism, sex work, myopic liberals, defiant ways of loving, the failure of the “gay liberation movement”, US imperialism, creating oppositional culture, challenging all hierarchies (including anarchist hierarchies), incest, and more!

This will be one fascinating, insightful, transgressive and fabulously provocative show you don’t want to miss.  She makes the case against the gay marriage movement.

WWL is delighted to have Mattilda with us this Friday. She challenges EVERYTHING, even the narrative of Gentrified Mainstream *Gaydia, (yes that is a Dianism, inspired by her book) who she feels has co-opted the larger movement against the realistic needs of the larger GLBT community.

In reading her latest book, “So Many Ways to Sleep Badly” you are transported directly to the place of no words, to the direct soul of her being. And that being is amazing. This is not observational reading, this is rolling around in the direct-essence of Mattilda until you are Mattilda. Buy this book! It will change your EVERYTHING.

From the boxes we all put one another in, to the issues people “decide” are important, to the description of “acceptable” behaviors… the only way to bend the spoon is to realize there is no spoon. When you read or listen to Mattilda, you are invited directly to a place where there is no you, and no her, there is only surviving a world of shattered glass pasts, the hugs that put the Earth back on her axis, the sweet relief of an orgasm, and always, always the air we all breathe.

We will be discussing her book, gentrification, gay marriage, anarchy, sex workers, tricks, gross consumerism, or anything the fuck else she feels like talking about.

Come let your mind be bent… or blown!

Mattilda Bernstein Sycamore is a writer, editor, activist, critic and troublemaker.  Most recently, she is the author of the novel So Many Ways to Sleep Badly (City Lights 2008). She is also the editor of Nobody Passes: Rejecting the Rules of Gender and Conformity (Seal 2007), and an expanded second edition of That’s Revolting! Queer Strategies for Resisting Assimilation (Soft Skull 2008).

Mattilda is currently working on a new anthology, Why Are Faggots So Afraid of Faggots?: Flaming Challenges to Masculinity, Objectification, and the Desire to Conform. She is immersed in Lostmissing: a public art project – about the friend who will always be there, and what happens when you lose that relationship. She is also working on a memoir called The End of San Francisco.

Mattilda’s articles, essays, interviews, reviews, and stories appear regularly in a variety of publications, including the San Francisco Bay Guardian, Bitch, Utne Reader, AlterNet, Bookslut, The Stranger, and The Gay & Lesbian Review, and she writes a monthly column in Maximumrocknroll.

Mattilda is the reviews editor at the feminist magazine Make/shift, where she also writes a column.

In 2010, Mattilda made a short film, All That Sheltering Emptiness, in collaboration with Gina Carducci.  Mattilda and Gina are currently working on a second film.

Mattilda’s activism has included ACT UP in the early ’90s, Fed Up Queers in the late ’90s, Gay Shame, and numerous lesser-known (or even unnamed) groups.

Mattilda lives in San Francisco, but tours regularly, and is available for bookings. In the past, she has appeared in independent bookstores, community centers, performance venues and universities including Yale, Harvard, Brown, McGill, University of Chicago, Wesleyan, Macalester, NYU, UCLA, University of Massachusetts, Evergreen, DePauw, DePaul, Mills, Antioch, University of Michigan, Wagner, University of Oregon, UC Santa Cruz, Georgetown, and others.

Have a nice Fall.

The post-stimulus economic data are converging.  Jobs are sucking harder than a hobo at Rose ‘a Sharon’s tit, and the GDP, money supply (credit), and housing are all tanking.  On top of it all, people are feeling downright miserly and cantankerous.  Murderous, even.

Let’s take a look at the Consumer Metric Institute’s Growth Index, which bases its data exclusively on the 70% of US GDP driven by consumers, and which over the past five years has done a remarkable job as a leading indicator of GDP.  Here, the CMI is overlain with GDP and the S&P 500.

The Hippie Who Brought His Guitar to the Meeting

A Louisiana crawfisherman, out of work since the spill, attends the Presidential commission hearings regarding the situation in the Gulf.  Drew Landry expresses the problems quite well, points to a fisherwoman behind him saying that this has turned her into a communist, and whips out his guitar to sing his  ballad about the disaster.

Please note the expressions on the commissioners faces as he sings:

Mr. Bob, we’re not ready for hurricane season.  We’ve got a gulf full of oil.  And we’re sitting here worrying about this right now when we need to be giving people hazmat training so they can defend their homelands…

And so it happens, again and again.

Five years ago NOLA-KATRINA was criminally negligent homicide.  Back then, I shocked several people as I would excuse myself shortly before the time of network news by saying, “I’ve got to go home now to watch television, to watch my government killing black folks.”

More below the plunge…

And so it happens again and again.

There are three hurricanes/tropical depressions lined up in the Atlantic Basin right now.  I have had a nagging feeling that the delay in completing the final “KILL” of DWH has something to do with waiting so blame can be put on — not BP — but a natural event.  Stall until we can blame something else.  This whole disaster has been one disaster on top of another disaster.

No observation by Joseph Kennedy Sr. had as much lasting influence as a similar dictum: “There’ll be no crying in this house.”

The “House” he had in mind, I am certain, was the House of Kennedy.  He repeated this admonition to all of us, and he pronounced it with the force of moral law, and all of us absorbed its import and molded our behavior to honor it… To understand the profound authority of this charge to us is to understand much about my family.