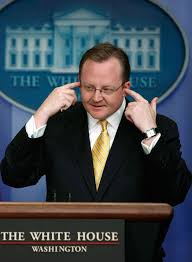 White House Press Secretary Robert Gibbs ranted that “the professional left” needed to be drug tested for their complaints and attacks on the Obama administration after all the good things Obama has done.

We “professional leftists” do indeed need drug testing because apparently the colorful liquid inducing hallucinogenic of “hope and change” has worn off and the ugly mediocrity of modern Democratic leadership stares us in the face with the not-so-friendly smugness of a hookah-smoking caterpillar.

Maybe some good old-fashioned Window Pane or Micro Dot, or better yet, some natural organic ‘Shrooms could do the trick. After all, we are all mushrooms now as the old joke goes, kept in the dark and fed a pile of bullshit.

She sat rocking her baby in her arms, looking out the window at the rain, hoping that its ferocity would drown out the scream rising within her. The scream was the kind you feel when you realize that you may have made a huge, irreversible mistake. With someone else’s life. The kind of rising scream you try to shove back down to the depths of your unconscious with denial.

But denial didn’t seem to be working anymore.

Internet Censorship To Happen In The U.S., Business Model Revealed

Recently GEMA (Germany’s RIAA/MPAA) put a deal on the table that said YouTube would have to pay to have their artists content on the website.  Due to this not happening, Germany has been blocked by YouTube in order to evade paying what was demanded of them.


Berlin (Germany) – A body representing 60,000 German artists, called GEMA, has stated that fee licensing negotiation talks between it and YouTube have “collapsed for the time being.” As a result, “YouTube has announced that it is blocking videos from recording firms on the German YouTube platform — similar to what happened in Britain two weeks ago.”

The shutdown follows several others recently where the Google-owned YouTube video viewing website has leveraged its significant popularity and viewer base against interests seeking to profit from its video viewing. Whether or not this is a move to protect YouTube’s rightful income, or to limit the amount of money greedy artist group interests are trying to “steal” away from YouTube is anyone’s guess.

The GEMA statement indicated “In the interest of its members, GEMA would like an appropriate share in YouTube’s income and value.” And whereas this may be a legitimate attempt to collect fair royalties, the terms of the request are not disclosed and the matter is up for debate.

Or, more exactly, they have ordered the states to recognize same sex marriages performed in Mexico City.

Mexico City’s same-sex marriage law, enacted in March, extends to wedded gay couples the right to adopt children, to jointly apply for bank loans, to inherit wealth and to be covered by their spouses’ insurance policies. Some of those may end up applying only in the capital.

It’s simply a more tolerant place, than todays US.

You know, fuck any Democrat who tells me to quit criticizing the party when they act like complete and utter morans. Yes, morans.

Take yesterday for example, I just knew the Democratic Party was doing something fucked up because they were injecting so much meta into the pool.

At first I thought it was the fact that the military would be manning the drones on the Arizona border to kill anyone darker than a paper bag, or toasted tortilla, if you will. But that was just good news for John McCain.

For the amount of asshatting going on yesterday, there had to be something so spectacular, so against the Democratic Party platform, something so dire to the basic ideology of liberals, they had Gibbs go run naked under a bus.

Then I found out why.

We’re Not In Kansas Anymore Over at Mindfully.org you can find hundreds of big and small literary and informational treasures for those interested in peering through the veils of darkness that the media does it’s best to pull over our eyes with all of their well practiced smoke and mirrors.

One such is in the Political/Social category. An article titled Beyond Voting that is particularly relevant this year.

Here’s an excerpt, but the entire thing is worth a close read, and some intense discussion or at least much thought, IMHO…

Roughly speaking we can distinguish five degrees of “government”:

In representative democracy people abdicate their power to elected officials.

The candidates’ stated policies are limited to a few vague generalities, and once they are elected there is little control over their actual decisions on hundreds of issues – apart from the feeble threat of changing one’s vote, a few years later, to some equally uncontrollable rival politician.

In May, my mother and I were picked up in an immigration raid in our home. I was told that in 2002, when I was just 12, I missed a court date at which I was ordered removed from this country. I’ve been in detention for three months, now, awaiting my deportation.  My mother was deported on Friday, August 6th, and I’m set to be deported any day now.

Drain the Swamp? Drain the Attraction to the Swamp, First

Generation after generation of politicians running as Washington outsiders have railed against the established system.  Lambasting corruption and inherent evil has been an effective populist message for a long while.  We saw it from one party in 2006 and 2008 and now, in 2010, we observe it in another.  Every generation appears to have been sold the same basic message. But after each wave of reformers finds the going perilous and true change difficult, we engage in an equally long-running tradition, that of demanding why.  Why is this institution so resistant to change and so stubbornly ingrained?  Where does one even begin?

Like it or not, we are all children of the Enlightenment, utterly incapable of escaping the clutches of ideals and arguments put forth over two centuries ago. Or so, at least, many critics of the Enlightenment seem to believe. Michel Foucault claims, for instance, that the Enlightenment has largely determined “what we are, what we think, and what we do today,”1 and John Gray insists that “all schools of contemporary political thought are variations on the Enlightenment project.”2 There is, of course, something to such claims: given the number of values, practices, and institutions that we have inherited from the eighteenth century, it is difficult to imagine what our world would look like without its Enlightenment heritage. Yet it is remarkable how few political theorists still defend this heritage; in fact, I can think of few topics on which recent work in political theory has displayed greater consensus than on the conviction that the Enlightenment outlook is radically problematic.

Obama is an anti-liberal, a post-modernist without conviction, against a two-century-fucking-tradition.  Fuck ’em.

“We can do this!  Just tells us where you want it!”

Drug-addled fifth columnists: “C’mon, Holmes.  We don’t want it.  At all.”