It was 4 years ago when we had a stubborn President hellbent on waging endless, barbaric, aimless, and self-destructive unprovoked Warfare, based upon demonstrable lies and fraudulent ideological-driven dogma (and control of World Oil if the truth be told). As the U.S. News Media fawned over that President, and swept the horror and the criminality of his actions under the rug, one woman had the guts to stand up and publically confront that President. That woman was Cindy Sheehan. Her selfless act of courage inspired the public at large to finally question and rethink the merits, ethics, and wisdom of our “Shock and Awe” Foreign Policy.

This shift in the public tide also culminated in the surprise sweeping of the once “dead” The Democratic Party back into positions of real political power in both the 2006 and 2008 Elections.

4 years later, after two new Elections, a new Congress, and a new President in the White House, nothing has really changed.

As thousands upon thousands of totally innocent children, women, and men are unnecessarily murdered, mamed, and savaged in Afghanistan, Pakistan, and Iraq as a direct consequence of the new President’s actions, President Obama, just like Bush, has decided to reward himself with a luxurious vacation on Martha’s Vinyard as the insanity and the chaos of his mass-violence spreads daily throughout the World.

There is no Military solution in Afghanistan (of all places on Earth), nor is there truthfully any such thing as a “War Victory” waged on “terror” — a tactic that has existed with mankind since the beginning of human civilization and will not ever be reduced by the perpetration of U.S. Genocide, U.S. Militarily enforced Occupations, and mass-murder on a scale never even dreamt of by any so-called “terrorists”.  We are just recklessly killing thousands and thousands of innocent people, who had aboslutely nothing to do with Sept. 11.

Well, right now is the time. Cindy Sheehan will be joining President Obama on Martha’s Vinyard to confront him on just what the heck he thinks he is he doing? Beginning Tuesday, August 25th, Cindy Sheehan will join other like-minded peace activists to have a presence near the expensive resort on Martha’s Vineyard where President Obama will be vacationing the week of August 23-30. She wants everyone who possibly can to join her in this movement…to stop the disgraceful Wars and finally end the madness.

Perhaps Obama will at least listen where Bush would not….

But we don’t know. Cindy writes:


“There are several things that we wish to accomplish with this protest on Martha’s Vineyard. First of all, no good social or economic change will come about with the continuation or escalation of the wars in Iraq, Afghanistan and Pakistan. We simply can’t afford to continue this tragically expensive foreign policy.

Secondly, we as a movement need to continue calling for an immediate end to the occupations even when there is a Democrat in the Oval Office. There is still no Noble Cause no matter how we examine the policies.

Thirdly, the body bags aren’t taking a vacation and as the U.S.-led violence surges in Afghanistan and Pakistan, so are the needless deaths on every side.

As I listened to clips of Obama’s speech to the VFW on August 17th, 2009, I was wondering if his speechwriters were on vacation and they just recycled an old Bush/Cheney/Rumsfeld/Rice speech. We cannot allow the War Party and other elites to define the terms of the War Debate.”

Obama has proven himself to be yet another immoral and reckless President that has no respect, no concern, and no value for human life. He sees all the horrific slaughter and the death and the bankruptcy of the United States as just some game of cheap political calculation. Just feed the dumb Americans patriotic “god bless america” red meat and the same lies over and over and over and over again, and they will not protest at all the violence, wreckage, human carnage, and tragedy that is created. Never mind the Trillions and Trillions of taxpayer dollars that we are wasting away (bankrupting the Nation), or the fact that these corrupt War policies (which are illegal to begin with) are killing and destroying far more Americans than any so-called “terrorist” ever did or ever will. 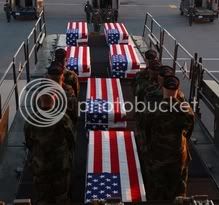 Too bad he wasn’t this devoted to strick “on message” PR when it came to Health Care, or Renewable Energy.

Instead, he would rather elect to join George W. Bush in the War Criminal Hall of Fame then to ever wake up from his lazy Neocon spoon-fed thinking and change a totally failed, criminal, and self-destructive Foreign Policy — which is what people voted for in the first place.

Cindy Sheehan will arrive on the Vineyard on Tuesday, August 25th.

For more information, or to request an interview with Cindy Sheehan please contact:

Families who oppose the wars and have lost a loved one during the Obama Regime are especially encouraged to attend.

Please forward this far and wide!