17000–that’s the main number folks have been talking about lately–the number of additional young men and women the US government is presently sending into harm’s way in Afghanistan.

Actually you had to do a little math to come up with it. Thom Shanker reports that

the Pentagon is planning to buy 2,080 heavily armored vehicles that are more maneuverable than the 2,000 larger models in place. Each costs about $1 million. The more unwieldy version of the troop transport, known as a mine-resistant, ambush-protected vehicle, or M-RAP, has trouble negotiating Afghanistan’s rough terrain.

2080 vehicles at a million per (before cost overruns, of course) is over 2 billion dollars. For armored trucks. Because the 2000 the brass already bought won’t work in Afghanistan. And that’s just one small line item in the tab that is being run up for the expanded and prolonged occupation it sure looks like that poor country has in store.

I know 2 billion can seem like chicken feed when we read how much is being shoveled into AIG’s trick or treat bag, but this is a damn wake-up call. As each day brings new signs that the depression we are spiraling into will be long and ugly, we should think very carefully about how smart it is to pump billions and billions into trying to dominate the country they call The Graveyard of Empires.

The live chat link will be active after 5:45.

Tonight, we will be covering….

Wall Street: The Criminals on High.

Are right wing Militias on the rise?

Who’s in charge of CPAC, anyway (and are they encouraging the above?)

Afghanistan, clusterfuck approved by most Americans.

Then our very special guest will again be Dr. Assaf Oron to discuss his fury at Lieberman’s racist agenda in Israel.

Please join us, and call in!!!

Four at Four continues with Poland’s strategy in Afghanistan, going after ‘small scale’ theft of Iraq emergency money, and the end of privatized tax collection.

The Supreme Court and Mr. Al-Marri, It Could Be Worse.

By now you probably know that the Supreme Court has dismissed the case of Mr. Al-Marri, which is a bad thing of course. Mr. Al-Marri was arrested on charges of credit card fraud by the FBI in December of 2001. He was in this country with his wife and five children to attend college in Peoria, IL. So far nothing really that out of the ordinary, but in June of 2003, 18 months later on the eve of a hearing to suppress illegally sized evidence in his criminal trail, he was declared an “enemy combatant” by the criminal President  Bush.

He was then taken not to Guantanamo Bay like most so-called enemy combatants, but to a military brig in South Carolina. There he sat for nearly six years without any further charges against him. He filed suit to in Al-Marri v. Spagone to under the theory that a legal US resident could not  be held indefinitely by the government without charges. The 4th Circuit Court of Appeals found that based on the facts of this case, the President could indeed name anyone, citizen or not, as an “enemy combatant” and then hold him or her without charge for as long as the President felt.

The International Criminal Court (ICC) yesterday issued an arrest warrant for Sudan’s President Omar al-Bashir on charges of war crimes and crimes against humanity in Darfur. Today, the AP reports that, based on the legal principles the ICC used to arrest al-Bashir, former President George W. Bush could be next on the list:

David Crane, an international law professor at Syracuse University, said the principle of law used to issue an arrest warrant for Omar al-Bashir could extend to former US President Bush over claims officials from his Administration may have engaged in torture by using coercive interrogation techniques on terror suspects.

Crane is a former prosecutor of the Sierra Leone tribunal that indicted Liberian President Charles Taylor and put him on trial in The Hague.

Richard Dicker, director of the International Justice Programme at Human Rights Watch, said the al-Bashir ruling was likely to fuel discussion about investigations of possible crimes by Bush Administration officials.

More on the ICC

International Criminal Court – second of an unending series by: RUKind

Happy Friday and welcome the 18th installment of Friday Constitutional! For those who are joining this program already in progress, this series takes a layman’s look at the United States Constitution. It is shameful for the Dog to admit, but prior to this series he had never read the entire document. Sure he knew his Bill of Rights and had the basic mechanics of the Federal Government down, but that is in no way the same thing as actually reading it and thinking about it.  Being a gregarious hound, the Dog decided to share his thoughts on the Constitution with anyone that might wonder by. If you are interested in the previous installments of this series, you can find them at the following links:

(four months after their debut album was released)

General Motors yesterday warned it would go bust within 30 days unless the US treasury swiftly gives it a further multibillion-dollar loan. The dramatic warning from America’s biggest car group came after its auditors, Deloitte & Touche, raised substantial doubts about its ability to continue as a “going concern”.

It coincided with an admission that GM paid Rick Wagoner, its chief executive, $15m last year – mainly in now-worthless stock options – despite losing almost $31bn. This year he will be paid only $1.

The White House said it was “working round the clock” to produce “the most thoughtful approach possible to the situation”.

It’s getting tough out there.

(four months after their debut album was released)

General Motors yesterday warned it would go bust within 30 days unless the US treasury swiftly gives it a further multibillion-dollar loan. The dramatic warning from America’s biggest car group came after its auditors, Deloitte & Touche, raised substantial doubts about its ability to continue as a “going concern”.

It coincided with an admission that GM paid Rick Wagoner, its chief executive, $15m last year – mainly in now-worthless stock options – despite losing almost $31bn. This year he will be paid only $1.

The White House said it was “working round the clock” to produce “the most thoughtful approach possible to the situation”.

It’s getting tough out there. 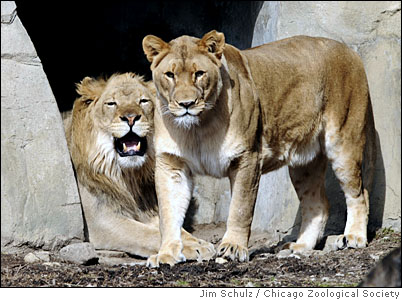 Zenda and Isis at the Brookfield Zoo (h/t SFGate)

Dee Griffith and her flyin’ ants are smiling down from Heaven, I am sure.

*– explained below the cut.

By the way, readers on Dandelion Salad don’t like the Excalibur because it’s trays have teflon.

I am quite happy with my 5 tray Nesco, which has the fan on the bottom and uses plastic dishwasher safe trays.

Major props once again to Lo Auer, the news wolverine behind Dandelion Salad.

Do you hear any majestic music?  Have to be still, quiet and reflect inwards.

Tune out the daily din.

And His “Alien” Economy

Must Be From Mars

A million face starvation as Sudan shuts down

The Big Question: Who is Mikhail Khodorkovsky, and why is he on trial again?

Revealed: Franco’s desperate attempt to hide the truth about Guernica

With the economy weakening, chief executives want Wall Street to see them as tough cost-cutters who are not afraid to lay off workers. But plenty of job cuts are not trumpeted in news releases.

Big companies also routinely carry out scattered layoffs that are small enough to stay under the radar, contributing to an unemployment rate that keeps climbing, as Friday’s monthly jobs report is likely to show.

I.B.M. is one such company. It reported surprisingly strong quarterly profits in January, and in an e-mail message to employees, Samuel J. Palmisano, the chief executive, said that while other companies were cutting back, his would not. “Most importantly, we will invest in our people,” he wrote.

At the Heart of North Korea’s Troubles, an Intractable Hunger Crisis

SEOUL — Behind the long-range missile it is preparing to launch and the stockpile of plutonium it claims to have “weaponized,” North Korea has an embarrassing and insoluble weakness.

Under the leadership of Kim Jong Il, the country cannot feed its people. Perennially dependent on food aid, North Korea has become a truculent ward of the wealthy countries it threatens. It is the world’s first nuclear-armed, missile-wielding beggar — a particularly intricate challenge for the Obama administration as it begins to formulate a foreign policy.

The “eating problem,” as it is often called in North Korea, has eroded Kim’s authority, damaged a decade of improved relations between the two Koreas and stunted the bodies and minds of millions of North Koreans.

Reporting from San Francisco — God was in the eye of the beholder Thursday morning at the San Francisco Civic Center Plaza, where hundreds of spectators gathered to watch the California Supreme Court on a massive outdoor TV screen and wrangle over the sanctity of marriage.

The occasion: Attorneys from both sides of the gay-marriage debate were arguing the merits — or demerits — of Proposition 8, the November ballot measure that banned same-sex marriage in California. The dress code: dreadlocks, nose rings, rabbit costumes, clerical collars, wedding veils, hair colors not found in nature (and some that were), rainbow stripes, American flags, suits. The demeanor: loud.

“You’re bigger, God, much bigger than the small religious boxes that we put you in,” Bishop Yvette Flunder of San Francisco’s City of Refuge United Church of Christ declared at an al fresco, pre-hearing interfaith service. “We ask you for the freedom today . . . to have our relationships boldly without fear of reprisal.”

Across the broad, rain-damp plaza, Los Angeles contractor Ruben Israel held in his right hand a sign that declared “Homo-sex” a “threat to national security.” In his left hand was a bullhorn.