Did we misplace reality?

We must have, because there’s no other way to explain shit like this.

I think my personal favorite quote that explains the mentality (and I use that word in the loosest and most generous sense possible) of these idiots is this:

They’re the same people who believed that Bill Clinton’s use of the FISA court to obtain warrants to eavesdrop on Americans was a grave threat to liberty, but believed that George Bush’s warrantless eavesdropping on Americans in violation of the law was a profound defense of freedom.

Get that? Read it once again, please.

How Can WE Keep The Torture Commission From Whitewashing?

In case you missed it, Leahy’s Truth Commission is moving forward!

Obviously all of us would MUCH prefer a Special Prosecutor, preferably armed with some form of newly minted magical anti-ICan’tRecall powers. But in the short (by govt. standards) time since the inauguration, when we all hoped that the first words out of Obama’s mouth after So Help Me God would be…..ARREST THOSE MEN!!! … the signs have not been good.

In fact instead of the being the best part of the new administration, Eric Holder’s DOJ has proven to be the most disappointing so far. State Secrets, Illegal Detention, White House E-mails, the DOJ has to the public eye, come down on the wrong side of every issue concerning the Bush Crimes.

Whereas Sen Sheldon Whitehouse (RI) has been chomping at the bit to go after the War Crimes of the Bush Conspiracy to Commit Torture. And it looks like he will be the head the Judiciary Committee’s Truth Commission.

From the Raw Story coverage…

Leahy’s office told Raw Story Wednesday morning that a press release would be sent out shortly.

“Stay on this,” he told Benjamin. “This is going to be big.”

Whitehouse, Senator from Rhode Island, is “spearheading” the efforts,

and as a member of both the Judiciary and Intelligence Committees, “is

privy to information about interrogations he can’t yet share,” the magazine noted.

Important note: Both Whitehouse and Leahy have been fairly careful in saying that prosecutions are still possible, stemming from the information revealed by the Commission.

There have been no Commissions since the inception of the Blogosphere. At least no ‘friendly’ ones. We need to come up with new strategies, tactics and perhaps alliances that will give the blogs, give the Citizens, some influence as the Commission moves forward, to hold the Commission accountable.

Obviously a TC is not what we want, but it looks like it is what we will be getting, at least initially. The question for us now is how to use the power of the blogs to keep it from being a whitewash and to make sure that prosecutions DO result from the Commissions findings.

It is Thinking Cap time.

We need an ‘inside track’ to as many Commissions members as possible. Iow, finding a way to open a dialog with, or at least funnel info to, members.

We need a large pool of people ready to call and e-mail when needed to put pressure on.

We need a dedicated group of people tracking every move of the Commission and publicizing it on teh blogs.

Obviously DD cannot do ALL of that by ourselves. To be effective this has to be a wide and highly populated effort…while we still push for prosecutions.

Your thoughts are welcome in the comments.

It is not what we want, but to tell the truth, it is more than the cynic in me really expected!

Original article via the Politico: http://www.politico.com/news/s…

Republicans and the Liberal Democratic Party Going Down the Rabbit Hole

As with any trend, fad or period of history things ascend and descend some at glacial speed others like a meteor.

In 1980 Ronald Reagan became President of the United States beginning the rise of conservatism in American politics aided and abetted by the likes of Ralph Reed who helped found the Christian Coalition of America, Rush Limbaugh and the rise of Conservative Talk Radio.

Even though George H.W. Bush followed Reagan one of Americas most popular presidents he was unable to win reelection in 1992 losing to Bill Clinton. Even with that win 1994 brought about the Republican Revolution led by Newt Gingrich and his Contract for America

American conservatives would obtain their biggest triumph with the election of George W. Bush allowing them to control all branches of America’s government until 2006 midterm elections.

The Liberal Democratic Party has dominated Japanese  politics since 1958. Under their policies the Japanese began its assent to what would become the worlds second largest economy. Using what became known as the convey system. Where the Ministry of International Trade and Industry would work in cooperation with banks and leading industrial corporations to not only promote Japanese business interests but to protect them.

The LDP’s other power base lay in the way seats in the Diet were proportioned. A uniquely  Japanese system was created one which was not democratic or by any means representative of Japans voters. The multiple seat constituencies were weighted towards rural areas rather than the cities where a majority of the population now resided.

Even though the LDP led Japan in its most prosperous times this party like the Republicans is now descending but its decent was one made by a thousand cuts.

In 1985 the deregulation of interest rates on deposits began. Prior to that time bank were not allowed to pay interest on deposits. The removal of this prohibition led to competition between banks for deposits and hence to interest payments. Japanese banks did not raise interest rates they charged borrowers and thus did not offset the effect of the higher costs of their funds. They made up for the drop in their profits by selling the shares of stock they owned for a long time and counted the realized capital gains as profits. But because of the obligation of cross-holding of stock among the members of a keiretsu they immediately bought back the shares at the new higher price. This meant that they were able to count the capital gains as a profit, and had to pay tax on the capital gains and yet were back again with the assets they started with. They thus experienced a net loss of cash flow on the operation. Furthermore any decline in the stock market then would mean a disguised capital loss.

With the collapse of the Bubble Economy Japan under the LDP failed to correct the situation for 10 years out of fear. Using this go slow approach a decade was lost (The Lost Decade) causing Japan’s economy to contract and consumer spending to dry-up while savings increased at a rate higher than at any other time in its history this from a country known for saving.

Today the LDP and the Republican are as popular as a used car salesman. Why?

Because both of these parties have failed to look forward rather than to the past.

For reasons that are beyond me the Liberal Democratic Party embraces policies that are Nationalistic and Inward looking policies that remind one of the 1940’s and 50’s. They are, even with control of the Diet unable to pass an economic stimulus package, can’t recognize that single parent families exists, that education isn’t about denying history while at the same time embracing the horrors that the Yasukuni Shrine represents.

One that embraces racism, believes that the top 1% of Americas wage earners (the wealthy) should receive the full protection and services that only government can offer while ignoring those most in need Americas Middle and Lower wage earners, rather than believing health care should be a right they fight to prevent care reaching the 47 million Americans without it. Living in fear of a major health care crisis.

These two parties have become irrelevant one did it in two years while the other has done it over a period of almost 20.

Obama’s Speech And The Absence Of Substance

Thomas Palley is a Yale Ph.D. in Economics, has published in numerous academic journals, and written for The Atlantic Monthly, American Prospect and Nation magazines. Dr. Palley was formerly Chief Economist with the US – China Economic and Security Review Commission. Prior to joining the Commission he was Director of the Open Society Institute’s Globalization Reform Project, and before that he was Assistant Director of Public Policy at the AFL-CIO.

After President Obama’s address to Congress last night, Palley spoke with Real News CEO Paul Jay with his interpretations and analysis of what Obama had to say, and concludes that: 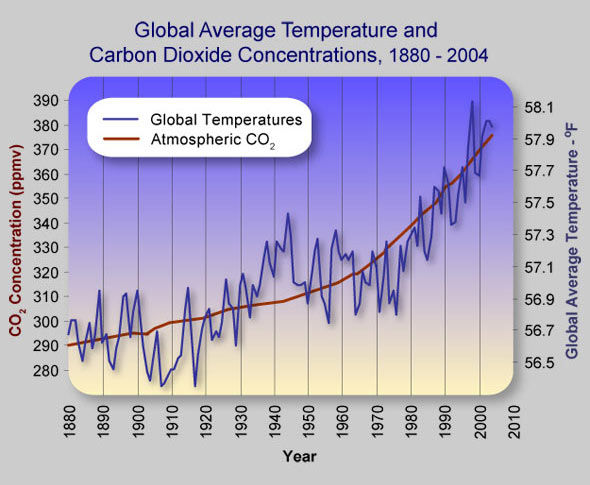 This is an open thread to discuss about How the Environment would be after 2050????? any body have an guess

Not even waiting for the debacles to end and all the soldiers to come home, where have I seen this All before!

I get a newsletter, many ‘Nam Vets and now OIF and OEF Active and Vets are on his list, from a brother ‘Nam Vet that started in the drum roll of War and has continued these last 7plus years. It’s called the “Military Project” and is based on the Underground GI Newspapers during the Vietnam War, sans online technology, that were started on Military Bases around the World and In-Country Vietnam as the Military troops started organizing against our countries failed policies and devastating Conflict and Occupation.

This was in the recent news letter: Veterans groups want cap on tuition aid under new G.I. bill

We have to pass this bill quickly

More confirmation Obama is the last US president.

It does not matter if you personally like or dislike Obama.  You need to sign this petition and flood his e-mail box with e-mails that tell him that, even if the House passes this bill, he needs to veto it.  It is already impossible to live on Social Security alone.  If the government gives benefits to ‘illegal’ aliens who have never contributed, where does that leave those of us who have paid into Social Security all our working lives?

As stated below, the Senate voted this week to allow ‘illegal’ aliens access to Social Security benefits.

Attached is an opportunity to sign a petition that requires citizenship for eligibility to that social service.

Instructions are below.  If you don’t forward the petition and just stop it, we will lose all these names.

If you do not want to sign it, please just forward it to everyone you know.

To add your name, click on ‘forward’.  Address it to all of your email correspondents, add your name to the list and send it on.

When the petition hits 1,000, send it to comment@whitehouse.gov

The Gang Of Four