Obama and the New Terrain of Battle, Part 3: No Detour

This is last part of a piece I finished right before the the inauguration and am posting at Docudharma in sections. You can catch both Part 1, on the upsurge of mass struggle, and Part 2, on the anti-war movement, here. Or just go read the whole thing over at Fire on the Mountain, where there are a couple interesting comments.

No Detour Past the Collapse of the Economy

I’ve had a little trouble with my roadway metaphors for this one. I thought about the collapsed bridge in Minneapolis (with overtones of The Bridge To Nowhere), Given all the rebuild-the-infrastructure talk, it seemed a natural.

But what the new administration is facing today is a collapsed global financial system and a rapidly crumbling global economy.

In other words, the actual fact is that we are, all of us, sitting on that metaphorical bridge right now while it comes apart beneath us. Furthermore, it is unclear where a rebuilt bridge might (or should) wind up anchored.

ISLAMABAD, Pakistan, Jan. 23 — At least 20 people were killed in northwest Pakistan near the border of Afghanistan on Friday in two suspected U.S. missile strikes, marking the first such attack in Pakistan’s tribal areas since President Obama’s inauguration.

A U.S. Predator drone fired three missiles at a compound about two miles from the town of Mirali in the tribal area of North Waziristan about 5:15 p.m., according to a Pakistani security official and local residents. The precision strike leveled a compound, which was owned by local tribal elder Khalil Malik, killing at least 10 suspected militants, including five foreign nationals, according to the Pakistani security official. The site of the attack is about 30 miles east of the Afghan border.

The official, who spoke on condition of anonymity because of the sensitivity of the matter, said Malik was killed along with his brother and nephew. Authorities in North Waziristan, however, said they have been so far unable to identify any of those killed because militants immediately cordoned off the area. “I suspect a high-value target may be among the dead,” the Pakistani security official said.

White House Press Secretary Robert Gibbs’ second White House press briefing started with a series of questions on economics and the stimulus package, but it wasn’t long before a reporter asked about alleged US missile strikes in Pakistan which reportedly killed 15 early Friday morning.

But Gibbs refused to answer the question by NBC News’ Chuck Todd, saying, “I’m not going to get into this matter.”

All kinds of implications here, and no hard news yet, other than the bare facts. Was it a ‘good strike?’ Or another bloody botch? Was this such a ‘good target’ that he had to take a shot? Did Bushco have this info but not act on it? Perhaps due to the fact that they have SEEMED to be protecting Bin Laden instead of getting him ‘dead or alive’ for the last five years? As well as SEEMING to be overly invested and thus handcuffed by internal Pakistani politics? (A true can of worms due to nukes and the nefarious and odious ISI.)

Is he “announcing his presence with authority?”

More ‘wow’ fer sure. I of course condemn…and have a knee jerk reaction to… any loss of life. But Obama is, unfortunately going to have to be ‘tough’ and kill people, I have resigned myself to that. I just hope that we have stopped bombing weddings, at least. We shall see.

Learning to Ignore Republicans, Is This Post-Partisanship?

In case anybody hasn’t been paying attention lately, we are in a time of change. MAJOR change. Just in the last few days more things have changed than we can even really keep track of effectively! Fr’instnace! Wow! That would have been HUGE news a few months ago, and now it is not even in the headlines or on the reclist. There is just too much change……Yipee!

When we have such a huge paradigm shift as that which we are apparently enjoying, it takes our little antiquated brains and emotions a while to catch up. Momentum carries us through the day far more than actual thought or perception. An ill wind has been blowing for what seems like an eternity. That fan has now been unplugged…..but even after you unplug the fan, the blades keep turning. The momentum of that power lasts for a while. Thus is it now with the Republicans.

Two things made me reflect on this. First this lede in an article about yet another big change that is under the radar a bit, the Lilly Ledbetter Fair Pay Act passing in the Senate. To quote the lede…”Boy, it feels good to have an occasional victory, doesn’t it?”

My response….get used to it!

Brrrrrr!!!!  It sure has been cold out lately, doncha think?  Even Florida is havin’ trouble keepin’ their crops from freezin’ and lots of record low temperatures were observed there in the Midwest last week.  What the heck ever happened to that Global Warming that Al Gore promised us?  I was lookin’ forward to it!  Nobody gets to see my best political assets if I’m all bundled up in a parka.

I ain’t the only one who thinks it’s cold out.  A local businessman here in Fairbanks, Craig Compeau, is teachin’ Al Gore a lesson in meteorology.  Compeau and local artist Steve Dean unveiled an ice sculpture of Al, over 8 feet tall, shiverin’ and lookin’ like a fool from bein’ so cold.  Al is gonna have a lot of explainin’ to do when he testifies about climate change in the Senate next week.  Gosh darn it, if only Uncle Ted was still in the Senate!  He could grill Al about how the heck this giant sculpture can exist if the earth is really warmin’ up.

They had a showing in Washington DC in December ’08, the following is what is found under the Video at the Peace Mural, adding a couple of links that I found:

In Search Of…. Thread 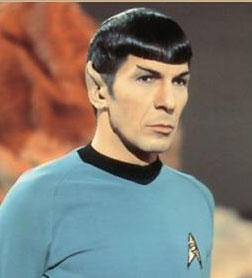 The Old Fashioned Way On A Toilet

They came for the inauguration but got stuck in a tunnel

Israel may swap prisoners for soldier

Fatah fears Gaza conflict has put Hamas in the ascendancy

By ROBERT F. WORTH

BEIRUT, Lebanon – The emergence of a former Guantánamo Bay detainee as the deputy leader of Al Qaeda’s Yemeni branch has underscored the potential complications in carrying out the executive order President Obama signed Thursday that the detention center be shut down within a year.

The militant, Said Ali al-Shihri, is suspected of involvement in a deadly bombing of the United States Embassy in Yemen’s capital, Sana, in September. He was released to Saudi Arabia in 2007 and passed through a Saudi rehabilitation program for former jihadists before resurfacing with Al Qaeda in Yemen.

His status was announced in an Internet statement by the militant group and was confirmed by an American counterterrorism official.

No Home to Return to in Gaza

GAZA CITY, Jan. 22 — When members of the Sultan family ran from their home as an Israeli tank shelled its northern wall, there was no time to shut the front door. There was also no need.

The house, which family patriarch Samir al-Sultan began building at the age of 15, was all but destroyed as Israeli forces advanced into the Gaza Strip in early January, turning the house’s contents into a mangled mess of glass and mortar.

With no home to return to and no prospects for rebuilding, the Sultans on Thursday were among the thousands of Palestinians in Gaza searching for somewhere to go.

Obama to Reiterate Appeal for Bipartisanship

Just days after taking office vowing to end the political era of “petty grievances,” President Obama ran into mounting GOP opposition yesterday to an economic stimulus plan that he had hoped would receive broad bipartisan support.

Republicans accused Democrats of abandoning the new president’s pledge, ignoring his call for bipartisan comity and shutting them out of the process by writing the $850 billion legislation. The first drafts of the plan would result in more spending on favored Democratic agenda items, such as federal funding of the arts, they said, but would do little to stimulate the ailing economy.

were a couple of guys, who’d been friends since grade school.

one was named cyrus, and the other was jeff.

and they practiced twice a week in jeff’s bedroom.

never settled on a name.

but the top three contenders, after weeks of debate,

jeff and cyrus believed in their hearts they were headed

for stage lights and leer jets, and fortune and fame.

so in script that made prominent use of a pentagram,

they stenciled their drumheads and guitars with their names.

this was how cyrus got sent to the school

where they told him he’d never be famous.

and this was why jeff,

in the letters he’d write to his friend,

helped develop a plan to get even.

when you punish a person for dreaming his dream,

don’t expect him to thank or forgive you.

will in time both outpace and outlive you.

-The Mountain Goats, The Best Ever Death Metal Band Out of Denton