Vermont Progressive Party candidates debated their opponents in October, and they are interesting to say the least.  The links are set up thus: The debate pages, followed by direct links to the sound files.  If you have any trouble gaining access, please let me know.

US Representative Debate with Thomas Hermann.

44 Stories.  No Politics, Business, or Science yet.

1 Iraq expects answer on security deal after US vote

Café Discovery: to the heavens and back 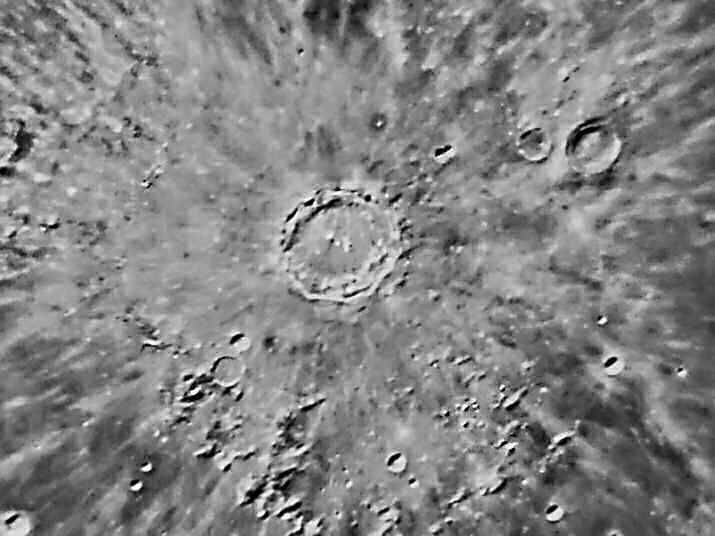 We left off at Erasmus Reinhold, creator of the Prutenic Tables, based on the work of Nicolaus Copernicus, which were used to create the Gregorian calendar.

Reinhold’s Master of Arts degree in astronomy and astrophysics was earned at Wittenberg in 1535, as a student of Jacob Milich.

Not much is known of Milich.  Plenty is known about his academic supervisors.

On the US/Mexico Border

More and more walls…what are they for?

If you visit any of the lists of the KIA’s or Injured in the Iraq Theater one thing you’ll find, the Only Occupation Forces numbers rising, being Killed and Maimed, are American Forces these last number of months!! I find myself wondering how many are on a first tour, or second, or third, or forth…………………………….., in Both Theaters!!

John McCain Is Unfit To Lead

The campaign that changed America

Presenting the most glamorous goat in all Arabia

Questions raised over Syrian complicity in US raid

Tijuana streets flow with the blood of rival drug cartels

Senators John McCain and Barack Obama began their final push for the White House on Saturday across an electoral map markedly different from four years ago, evidence of Mr. Obama’s success at putting new states into contention and limiting Mr. McCain’s options in the final hours.Mr. Obama was using the last days of the contest to make incursions into Republican territory, campaigning Saturday in three states – Colorado, Missouri and Nevada – that President Bush won relatively comfortably in 2004. In what seemed as much a symbolic tweak as a real challenge, Mr. Obama bought advertising time in Arizona, Mr. McCain’s home state.

BRUSSELS — The global blacklisting system for financiers of al-Qaeda and other terrorist groups is at risk of collapse, undermined by legal challenges and waning political support in many countries, according to counterterrorism officials in Europe and the United States.

In September, the European Court of Justice threw the future of the United Nations’ sanctions program against al-Qaeda and the Taliban into doubt when it declared the blacklist violated the “fundamental rights” of those targeted. The Luxembourg-based court said the list lacked accountability and made it almost impossible for people to challenge their inclusion.

Who wins, and where, will give clues about the nation’s feelings on race, the role of government and the hold of partisanship.

By Peter Wallsten and Janet Hook

Reporting from Washington — Iowa gave the first sign that the American political landscape had changed. ¶ Democrats in an overwhelmingly white state, many from small towns and farms, said an African American man from Chicago was the best choice for president — and by a convincing margin. ¶ Barack Obama went on to build a broader coalition than any previous black candidate, winning the Democratic nomination on an agenda of “change.” John McCain emerged as the GOP nominee, despite a history of breaking from Republican beliefs. He too promised “change” from the nation’s current course. ¶ On Tuesday, as results from the presidential election roll in, so will clues to what kind of change the nation wants, and to how much it has changed in the last four years. ¶ Who wins, and where, will shed light on the nation’s feelings on race, the role of government and the hold of partisanship on the public dialogue. Here are four big questions arising from the 2008 presidential campaign:

Watch Obama on television, and he will often be framed by flags and furnishings reminiscent of the Oval Office. During his overseas trip this summer, Obama enjoyed warm banter with the likes of French President Nicolas Sarkozy, the two men standing at twin lecterns beneath a crystal chandelier.

(Iglesia is a serialized novel, published ….rarely these days!…on Tuesdays and Saturdays at midnight ET, you can read all of the episodes by clicking on the tag.)

Mr Diamond was perhaps the least hypocritical and least morally conflicted person on the planet earth. At a very young age, an elderly matron who had just been kicked by Mr. Diamond’s tiny foot had called him ‘an evil little boy.’ It had stuck. He, furthermore, had liked it. He was also extremely intelligent. Watching television growing up he had always rooted for the bad guys…and wondered why they never won.

Except on the news.

Sarah Palin gets pranked by two Montreal DJs. FOR REAL!

Vive Les Quebecois! I’m so proud to be 100% French-Canadian!

Not sure if you all heard by now but two Montreal DJs pulled a great prank on Sarah Palin this weekend. They posed as President Nicholas Sarkozy of France along with his assistant. I’ll end it there.

We Got ‘Em Right Where We Want ‘Em!

It’s gettin’ down to crunch time, America!  And I couldn’t be more pleased about the state of the Palin-McCain ticket as we head into these last few days.  As I proved conclusively earlier, polls show that we are in great position to win this election.

I’ve been workin’ like the dickens to shore up this misperception that I don’t understand foreign policy too good.  Just the other day I was chattin’ with French President Nicolas Sarkozy about all kinds of things, like which countries we can see from our houses, unfair things the liberal media says about us, our shared love of hunting, the relative hotness of me and his wife . . . well, I’ll just let you listen for yourselves: John McCain’s hero and role model in the closing days of the election is “Joe The Plumber”.

Not some soldier in Iraq or a pull-yourself-up-by-your bootstraps small businessperson, but a guy whose singular distinction is being too stupid to comprehend the ramifications of the bottom line of his tax forms.

But fine, Joe the Plumber is McCain’s guy… his personal closing argument.

MY guy in these last few days, is someone I’ve never ever met… whose name I don’t even know… but who I will keep in mind for every second of these last seventy-two hours…