CALL TO ACTION: Veterans vs Country They Serve

Yesterday, the 25th, a ruling came down from the judge hearing the case, in San Francisco, 82 pages long, and not a surprise to this Vet. In the ruling the judge sided with the Veterans but had to push it to where it belongs, In Congress. Only Congress and the Excutive Branch, of the Peoples Government, can bring about the way to long overhall of the Veterans Administration. Everything that is being reported about the care to the returning Veterans, of the Wars and Occupations of Choice, is actually Old News, just ask the thousands of my brother, and sister, Veterans of Korea and Vietnam, and it’s happening once again while these conflicts rage as it did back than. We call the present Military the Professional Military yet we continue the foulups that take place within the Government Agencies, Veterans Administration and DoD Health, that are charged with it’s care, especially the Mental Trauma War brings on in the Soldiers and the Civilians in these Theaters of Occupation.

Yup, that makes it two days in a row. WBZ channel 4 Boston had some discussion just this morning about pink Red Sox hats.

Weather, sports, a local story, a national story and a “human interest” about how to subliminally imbed one of the isms.

Not only lamestream press, ministry of propaganda press.

Boston is after all also known as the people’s republic of Cambridge.

No What It Use To Be

Leak reveals ruthless strategy to bomb and murder until election

In El Salvador, journalist may lead leftists to center stage

A £160m apology to the Maoris for shameful history of injustice

A tragic failure of leadership: Mandela’s verdict on Mugabe

Nelson Mandela last night broke his silence on the political and humanitarian crisis in Zimbabwe, saying the country was suffering due to “a tragic failure of leadership”.

The former South African president and political icon made the remarks at a dinner in London last night attended by Gordon Brown and Bill Clinton. Mandela is reported to be deeply troubled by events in Zimbabwe which have sent thousands of refugees into South Africa, but he has been careful not to create a rift with his successor as president, Thabo Mbeki, who has emerged as Robert Mugabe’s most important protector on the African continent.

“We watch with sadness the continuing tragedy in Darfur. Nearer to home we had seen the outbreak of violence against fellow Africans in our own country and the tragic failure of leadership in our neighbouring Zimbabwe,” Mandela said.

The extent of this practice is unknown despite requests to the Department of Homeland Security from the Senate Subcommittee on the Constitution and several nonprofit agencies.

The department also declined to send a representative to the hearing. Subcommittee Chairman Russ Feingold, D-Wis., said Homeland Security had told him that its “preferred” witness was unavailable Wednesday.

Feingold added that he’d submitted written questions about the seizures of electronic data – and of some devices – to Homeland Security Secretary Michael Chertoff in April. To date, Feingold said, he’s gotten no reply.

A Republican senator from Nevada, home to the highest foreclosure rate in the nation, yesterday blocked an ambitious plan to help troubled borrowers save their homes, saying he will not permit the measure to go forward unless the Senate adds tax breaks to encourage the production of renewable energy.

The demand by Sen. John Ensign (R-Nev.) stalled a massive housing package with broad bipartisan support even as a report showed that new-home sales continued to tumble, underscoring the severity of the nation’s housing slump

State of the Onion XVI

The Armed Services Committee’s hearings last week on interrogation and torture gave us a startling look into how torture was taught at the Naval Prison at Guantanamo Bay. Most articles have not bothered to look deeply into what was discussed in meetings between officials of the Navy’s Survival, Evasion, Resistance, Escape, or SERE, program and ranking officers and personnel at Guantanamo. This article will look in some detail at what actually occurred. (At the end, I will address an important correction and clarification to an earlier article on SERE.)

As Mark Benjamin writes in his “timeline to Bush government torture”:

Soon after the terrorist attacks of Sept. 11, 2001, the Pentagon and the CIA began an orchestrated effort to tap expertise from the military’s Survival, Evasion, Resistance, Escape school, for use in the interrogation of terrorist suspects. The U.S. military’s SERE training is designed to inoculate elite soldiers, sailors and airmen to torture, in the event of their capture, by an enemy that would violate the Geneva Conventions. Those service members are subjected to forced nudity, stress positions, hooding, slapping, sleep deprivation, sexual humiliation and, yes, in some cases, waterboarding.

Volume doesn’t work for me, I have to turn it up.  Lyrics below. 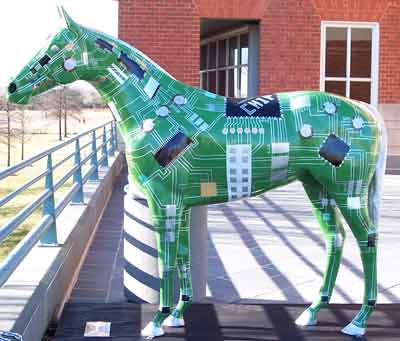 Your host for tonight’s Open Thread.

David Iglesias is the prototype twenty first century Republican: charismatic, Hispanic, an evangelical Christian and a captain in the Navy Reserve who served for many years in the Navy’s Judge Advocate General Corps (“JAG”). In  1998, Iglesias campaigned to become Attorney General of New Mexico against the heavily favored Patricia Madrid. He nearly pulled off an upset and the Republican Party took notice. In 2000, Iglesias paid his party dues and worked for George W. Bush’s election.

Meanwhile, back in Iran: Israel Prodding US to Attack Iran

CBS is reporting that Israel is pressuring the Bush administration to attack Iran: (emphasis mine)

“…Joint Chiefs Chairman Admiral Mike Mullen leaves Tuesday night on an overseas trip that will take him to Israel, reports CBS News national security correspondent David Martin. The trip has been scheduled for some time but U.S. officials say it comes just as the Israelis are mounting a full court press to get the Bush administration to strike Iran’s nuclear complex.

More Below the Fold:

Custer & the Abandonment of Major Elliot

Was losing Major Elliot’s strategic location during the extermination of the Southern Cheyenne Arapaho at Washita by Lieutenant Colonel Custer acceptable by U.S. military standards? Captain Benteen thought not.

“Surely some search will be made for our missing comrades” mocked Benteen’s piece, before concluding, “No, they are forgotten.”

Every month’s Iraq Moratorium action in Milwaukee seems to have a special moment. In May it was a thumbs-up from a passing Army recruiter. This month, it was when a woman stopped to tell a leafleter handing out information about the Moratorium that her son is in Iraq. So tearful and emotional she had difficulty speaking, she said he was on his second tour there as a National Guardsman. “Thank you for what you’re doing,” she said. “I just want him home.” Cornwall, Connecticut held its first outdoor vigil and reported an “overwhelmingly positive response from people driving by, with at least one local resident, Suzanne, who hadn’t heard about the doings on the Green in advance pulling her car over and jumping aboard for the rest of the vigil.”  Maybe it was the horn trio (two trombones and a sax) that got her attention. (Photo above.)

Once again, Washington, DC SDS and a mass of young activists hit the pavement in a “Funk the War 4” action. A major destination for the raucous street action with mobile musical backing was a military Recruiting Center.

You’ll find more reports, still coming in from around the country after Friday’s action, at the Moratorium website.

Does it all matter?

The NY Times asked Pete Seeger, who stands with his banjo, a sign and a small group of antiwar protesters every Saturday in the Hudson Valley:

Asked whether he thought that protesting by the side of the road would help end the war, he said: “I don’t think that big things are as effective as people think they are. The last time there was an antiwar demonstration in New York City I said, ‘Why not have a hundred little ones?’ ”

He said that working for peace was like adding sand to a basket on one side of a large scale, trying to tip it one way despite enormous weight on the opposite side.

“Some of us try to add more sand by teaspoons,” he explained. “It’s leaking out as fast as it goes in and they’re all laughing at us. But we’re still getting people with teaspoons. I get letters from people saying, ‘I’m still on the teaspoon brigade.’ “